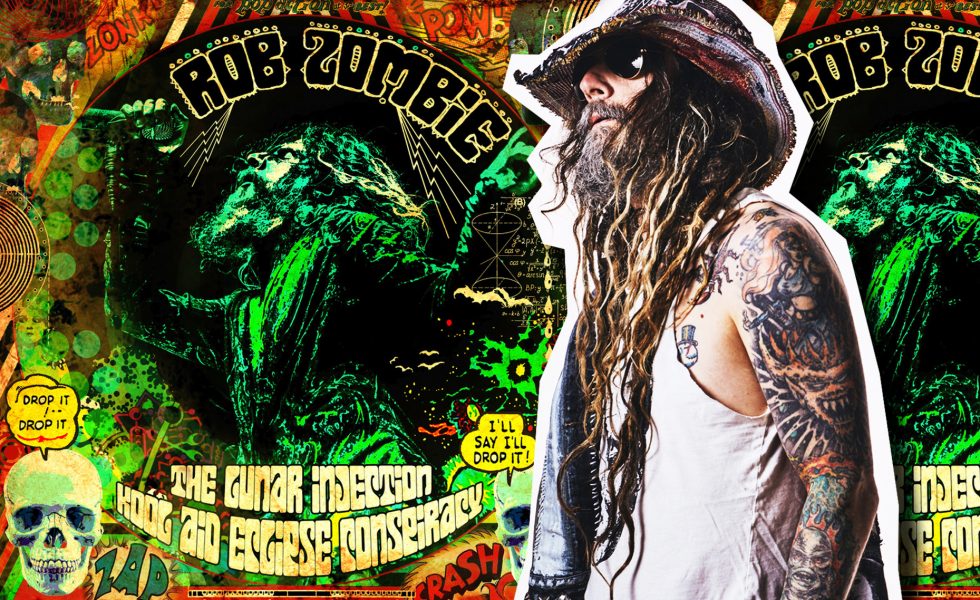 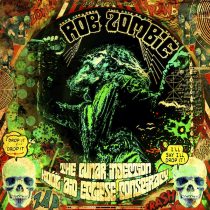 It’s been a few years but ringmaster Rob Zombie is back in town with his carnival of schlock and acid-laced industrial mayhem in tow.

MORE: How Architects Became One Of The Biggest Metal Bands In The World // BRING ME THE HORIZON: The Tide Is Turning // KILLER BE KILLED: Reluctant Heroes // MR BUNGLE: Surprise! We’re Death! REVIEWS: MR BUNGLE: The Raging Wrath of the Easter Bunny Demo // BRING ME THE HORIZON: POST HUMAN:SURVIVAL HORROR // KILLER BE KILLED: Reluctant Hero // YOU ME AT SIX: SUCKAPUNCH // CHASE ATLANTIC: Beauty In Death

Album number seven takes up the same musical space as 2016’s Electric Warlock, a familiar industro-stomp exploring his freaked-out sci-fi horror shock universe, but with some neat surprises along the way that stop this elaborately-named excursion being just a rehash of the past.

The opening tracks map out fairly recognisable territory for Mr Zombie, before the first of the album’s many interludes unlocks the door to the countrified swing of Shadow of the Cemetery Man, the demented fairground anthem 18th Century Cannibals, Excitable Morlocks & a One Way Ticket on the Ghost Train and a slinky showcase for guitarist John 5’s acoustic playing in The Much Talked of Metamorphosis.

It’s a brief mid-album suite of songs that beat a divergent path, albeit one not too far from the usual schtick, and as he counts in the beat for Ginger Fish to follow, The Satanic Rites of Blacula sets the wagon right again for the standard Rob Zombie formula. While it might be expected for much of the shine to have come off this far into his career, there’s enough artistic flair, ghoulish humour and splashes of sass in tracks like Shake Your Ass, Smoke Your Grass across The Lunar Injection Kool Aid Eclipse Conspiracy to not just keep the most jaded of his fans interested, but maybe get them to cock an eyebrow too.

Exactly how much more contrived Rob Zombie can make his titles and how much longer he can keep pumping out albums of this quality remains to be seen, but there’s still plenty of life left in his sprightly old corpse. The Lunar Injection Kool Aid Eclipse Conspiracy is another fun-filled romp through Rob Zombie’s haunted carnival house of horrors. You either get it, or you don’t.

STANDOUT TRACKS: 18th Century Cannibals, Excitable Morlocks & a One Way Ticket on the Ghost Train, Shadow of the Cemetery Man, Shake Your Ass, Smoke Your Grass

STICK THIS NEXT TO: Marilyn Manson, Wednesday 13, White Zombie