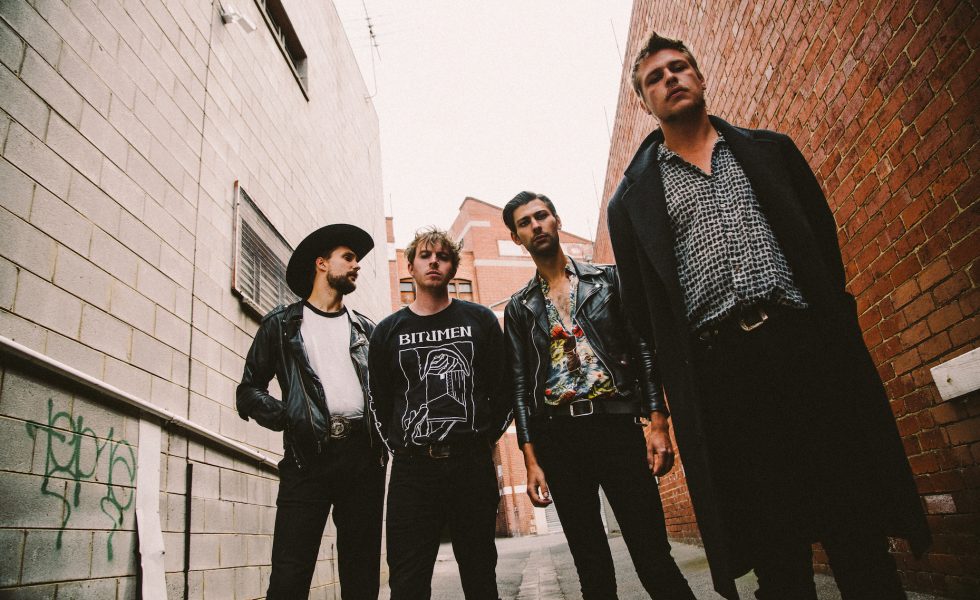 Tasmania’s A. Swayze & the Ghosts have announced the release of their debut album Paid Salvation, set to drop on 18th Friday September through Ivy League Records.

To celebrate the news, the four-piece has also dropped their latest punk rock thrasher Cancer, along with its video directed by frontman Andrew Swayze.

“It really shits me off when bands have this pedestal and they have the ability to influence so much around them and they waste it by singing about stupid shit. If you’re given this audience, I think you have to have something to say. And I definitely intend on abusing that right.” says Swayze on the album. “I want people to go, ‘I love that song, it makes me dance but I also appreciate the honesty. I want the melodies and the instrumentals to be accessible for people from all sorts of backgrounds, but I also want everyone to fucking listen to what I’m saying as well. And I especially want young men to hear songs like Suddenly and It’s Not Alright and think about what they’re saying rather than just listening to them and going, ‘Yeah I’m all jacked up on this rock song!’

A. Swayze & the Ghosts have spent the last two years on the festival circuit, playing the likes of Falls Festival, Splendour in the Grass, The Great Escape, BIGSOUND, A Festival Called Panama and Boogie Festival. Along with this, they’ve also toured with Shame, Total Control, Nude Party, Frank Carter & The Rattlesnakes, West Thebarton, Jet, The Vines, Batpiss and The Stems, just to name a few.

It is available for pre-order now