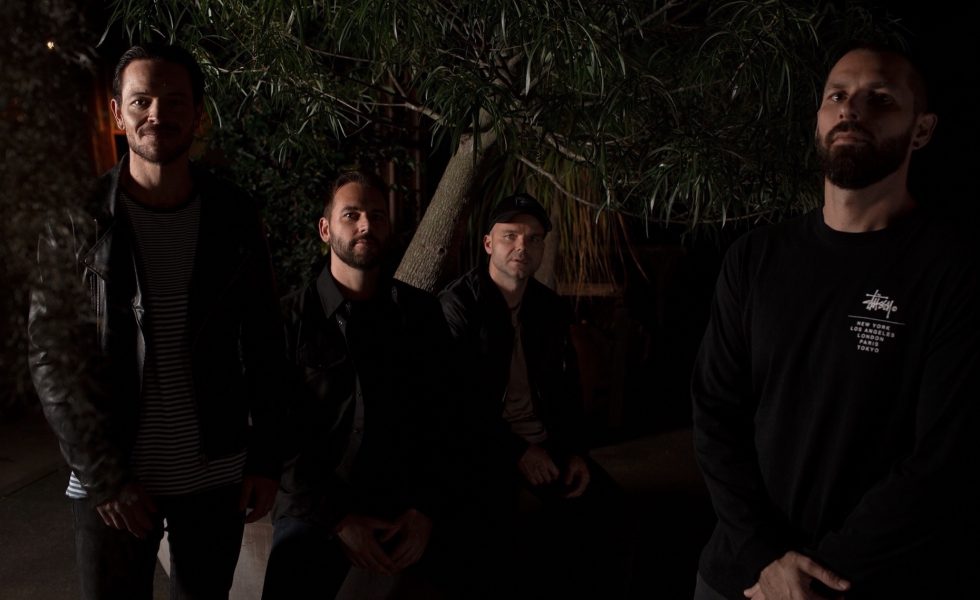 At one point in the late 1990s, Sunk Loto was one of the most talked-about new bands in Australia.

Their first EP Society Anxiety cracked the Top 40 while they were still in their mid-teens and they toured relentlessly with a musical approach that was still gaining popularity in this country. But after just two albums, industry hype, record label expectations and the machinations and predations of management had combined to destroy them. Sunk Loto played their final show on December 14, 2007.

For 15 years, it seemed as if Sunk Loto was a barely-remembered distant memory. As the music they had helped to pioneer in Australia peaked and surged in popularity, Sunk Loto’s name appeared to be relegated to a hushed whisper no one dared speak aloud, like that of a kid at school everyone bullied who’d turned out to be right along. Singer Jason Brown and his drummer brother Dane’s post-Sunk band Electric Horse motored along in relative obscurity for a while, and guitarist Luke McDonald disappeared from the music scene altogether.

Now, at the same time as nu-metal enjoys another revival, Sunk Loto has announced their return—and the response has been electric.

“It definitely wasn’t our idea to come back when this style of music is in fashion again,” says Jason Brown, a little wryly. “It just happened organically. It’s just worked out that it’s cool. We probably were, in this country at least, with Between Birth and Death in 2003 … the music scene wasn’t quite ready for that crazy, alternative take on metal. I dare say there’s probably more fans now that have that record and our back catalogue than there was back then. Which is pretty cool, to be coming back after a long break with a larger fanbase.”

The comeback shows sold out so quickly, the band added a second Brisbane date almost immediately.

“It was amazing,” suggests McDonald. “It’s been phenomenal seeing the response from the fans. Jason put it really well. He said the fans have made it really easy on us.”

Brown agrees. “None of us really knew what the response was going to be after such a long break,” he says. “It’s definitely exceeded a few of our expectations and we’re very grateful to be selling shows out straight away and coming back to big rooms with big crowds. It’s going to be a lot of fun for everyone.”

We’re going to put on the best live Sunk Loto show that anyone’s ever seen. We’re firing on all cylinders at the moment, the band has never sounded any better than this and we’re already talking about new music.
[ Luke McDonald ]

The fun was probably lost on the Sunk Loto guys back in the day as they endeavoured to create a mature follow-up to their derivative 2000 debut Big Picture Lies, which their label at the time rushed them to complete in the wake of Society Anxiety’s success.

“Back then,” says McDonald, “people probably weren’t aware of it, but we listened to a lot of bands like Refused, Mr Bungle, Fantômas, plus all the other stuff like Faith No More, Slipknot. What we were aiming for with Between Birth and Death was to prove a point, and that’s why we really took our time with that record.”

“It’s crazy when you think that we were 19 years old when we made that record,” Brown says. Listening back to the complexity of that songwriting, to think a bunch of 19 year olds made that record, it was wild.”

They took their time with it, determined to make the album they knew they could make, but critics were quick to write them off and the initial wave of popularity had passed. Between Birth and Death failed to capture attention the way their previous album had done despite being a marked improvement. When their label Sony merged with BMG, Sunk Loto was one of the bands cut adrift. The intervening years have led to a reassessment of the band’s legacy, particularly with regard to that album, and there’s plenty of excitement in the return of Sunk Loto.

When he’s asked what the band has in store for the fans who are ready to flock to see them once again, McDonald talks it up like the captain of a footy team.

“We’re going to put on the best live Sunk Loto show that anyone’s ever seen. We’re firing on all cylinders at the moment, the band has never sounded any better than this and we’re already talking about new music. Given the wonderful response we’ve been given, we really want to show fans of the band how much we appreciate it by digging deeply and putting on the best live show we possibly can.”

They’re also keen to record another album. The band doesn’t exactly have any new material, but Brown points out they still have songs that were never completed for their abandoned follow-up to Between Birth and Death.

“As far as songwriting and [new] material, [there’s] not much at this stage. There’s actually a fair bit of stuff kicking around from around Between Birth and Death and the new record we started working on before we disbanded. There’s something from the Between Birth and Death sessions that we’ve rehearsed a couple of times recently. It’s a pretty cool song. The plan is to get these three Queensland shows done as best as we can possibly do, and then we’ve got a bit of time off to work on some music together.”

McDonald is still in footy captain mode: “If we decide to make a new record, which we’re feeling we want to, we’re going to make the best Sunk Loto record anyone’s ever heard. We want everyone to be blown away.”

“I don’t know another band that’s had this kind of a comeback after 15 years,” he continues, after such a long hiatus, getting this level of support from everyone, and apart from wanting to put on the best show we can, it’s why we want to make another record. I truly believe that if we put in the hard work, we’ll be able to achieve those things.”