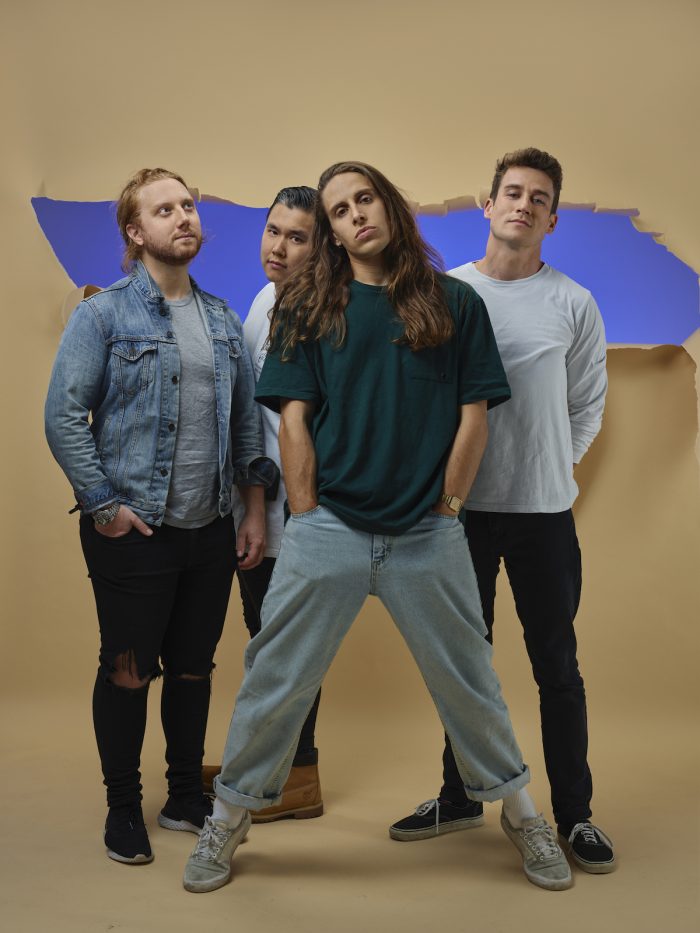 An act that shone with gentleness, offering a hand in life’s trying times, but also shone with confidence and brashness, rally-crying all to embrace the struggles of youth.

Slowly Slowly have undoubtedly captured the psyche of young Australians over the last three years, and in particular, the last eighteen months have cemented their spots amongst the highest echelons of Australian music.

Their excellent second full-length Race Car Blues dropped a few weeks ago, so we sat down with frontman Ben Stewart to discuss the bands bold evolution and the trials and tribulations of success.

Slowly Slowly have had a whirlwind 18 months – between touring with the Red Hot Chilli Peppers and nabbing a Hottest 100 spot, what have been some of the most definitive moments for you as a band? How have they helped you develop as both people and musicians?

Over the last 18 months, there have been a few milestones that we hit. We had the ‘Jellyfish’ tour – that track really catapulted us to a new realm of fans because I think it was a little more accessible than our past work. We worked really hard at making sure that one still retained Slowly identity, it was just packaged a little differently and it really pricked people’s ears. Things did feel a little different on that tour – we played one of the venues twice, all of these places interstate started to feel like hometown shows.

When we supported the Red Hot Chilli Peppers, that broke something in my brain (laughs). I grew up as an admirer of their musicianship, and the way their friendships were embodied on stage. I used to be quite nervous performing, so I did have to overcome that. We played at Hope Estate like three hours after doors, so there were a lot of people there and I had to walk on and do Dinosaurs solo. A couple of the Chilli Peppers were side of stage in ear-shot – everything we’ve done since then hasn’t felt so scary.

Race Car Blues lyrically is so life affirming – what made you want it to take that direction? Did you feel a sense of responsibility over your audience to craft something in this vein?

I think as there were more people that started to latch onto our band, and more kind of loyal fans we developed we did feel that responsibility. I always try and tack on a bit of light in the darkness, I think more than ever now. I didn’t want it to be a wallowing record, everybody feels the pains of life. With this record I just wanted to cover the full circle of it all, it was focusing on the end of journeys and cycles.

I always try and tack on a bit of light in the darkness, I think more than ever now. I didn’t want it to be a wallowing record, everybody feels the pains of life.
[BEN]

Taking a more “alt rock” approach to the record – pummelling lead lines and huge choruses are on display throughout – how did you attack the songwriting and sonic development of the record?

So with this record, I think my skills with the demos improved a little. Before that we’d really have to flesh them out in rehearsal or in recording days. I think because they were closer to the finished product and the ideas were more clear, it definitely helped the development of the record. The recording process was a lot more smooth than it usually is for us, it allowed us to create a more cohesive record, because we could really workshop track listings and see how they fit together before they were properly recorded.

We recorded the drums with our friend Joel at the Black Lodge Drums in Brunswick, and then we sent everything in dribs and drabs to our friend Malcolm Beadsly (North East Party House) for mixing, and he really made sense of all our sessions and tied it all together. We worked on a bunch of audio mood boards for the record, really pinpointing where we wanted it to live and he was able to bring that to life.

We wanted to sound bigger and shinier, and pay homage to that hay-day where rock bands sounded loud and proud.

Since the success of Jellyfish, it seems like your audience has grown immensely – how have you dealt with the inevitable downsides to this like criticism?

It is kinda strange. I think this record is about that, being thrust into that space a little. Like everybody who’s thrust into the light, there’s criticism that comes with that. When you’re put in front of a bigger sample size of people, there’ll be more people who don’t get what you’re doing or who just write it off, and I think there’s a bit of adversity there to overcome. The only way to do that is back yourself.