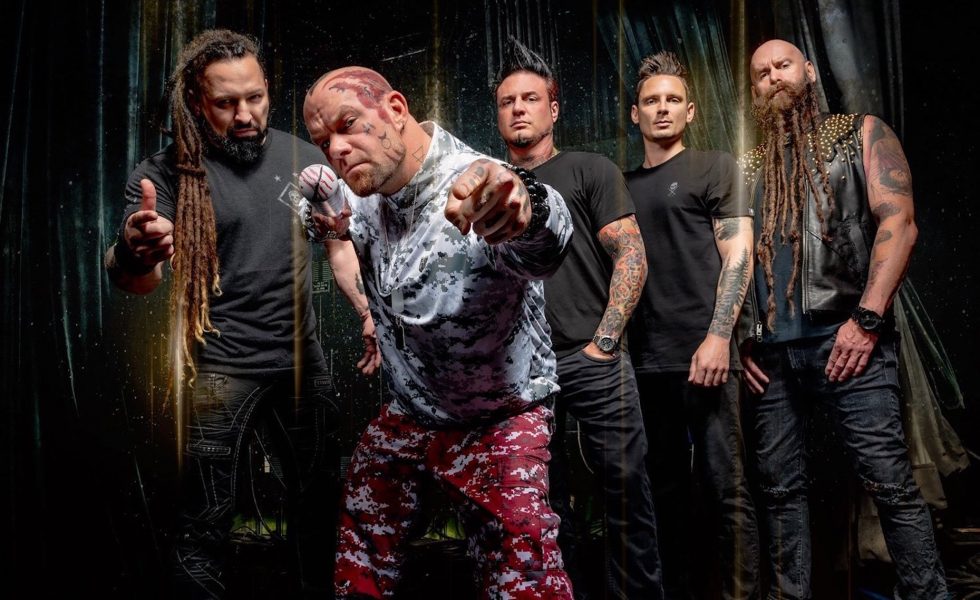 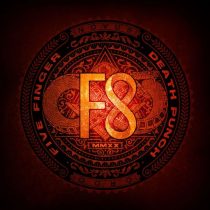 Every so often, a band renowned for railing against the sicknesses of the system, decides to turn the lens inward, to express the inner turmoil that smoulders within their own minds.

A beautiful a catharsis this proves to be, and it is seldom more warranted than in the case of American metal titans, Five Finger Death Punch. Five Finger Death Punch have opened the floodgates and unleashed their eighth studio album, aptly titled F8. Forged from the fires of vocalist Ivan Moody’s lifesaving quest for sobriety, it comes to bear that F8 is deeper, angrier, and more disturbingly introspective than anything we have seen to date from one of America’s most successful metal bands.

After opening with a sombre vignette, Five finger Death Punch let it be known that they haven’t strayed far from familiar terrain as Inside Out and Full Circle pave the way for the ferocious single Living The Dream. Not only has Moody stormed the barricades lyrically, channelling his gauntlet of introspection into a biting external release, he has come through with an impressive vocal performance.

F8 is a powerful album. It’s a levelling up of the massive anthemic sound that has made Five Finger Death Punch a stadium-filling band.

Thematically F8 contains tracks that express the trials of healing and moving forward, which although sourced in Moody’s own experiences, are desperately relatable, such as Leave It All Behind that also reveal the strength of Moody’s clean vocals. Five Finger Death Punch really nail their aggressive groove and memorable lyrics in To Be Alone, complete with a mad, almost acidic-toned solo. In a different turn, one of the strongest tracks is the mournful Darkness Settles In; Moody’s clean vocals are striking along a searing melody line, laced with passion, sincerity, and indeed, vulnerability. Although this is an emotionally heavier album, there is plenty of the Five Finger Death Punch onslaught that we’ve come to anticipate, with tracks like This Is War and Scar Tissue highlighting the intensity of new drummer Charlie Engen. An unnerving letter of sorts provides the lyrical content of Brighter Side of Grey, which formally, but not completely, closes the album. Stick around for the bonus tracks; these seriously rip.

For those metal arena-show crusaders who have kept a passing interest in Five Finger Death Punch, now is the time to focus in. F8 is a powerful album. It’s a levelling up of the massive anthemic sound that has made Five Finger Death Punch a stadium-filling band, but this time providing a window into the internal tempests that have fuelled Five Finger Death Punch to international acclaim, as well as made the ride a rocky one. Look closer, they’re-energised, openhearted, and ready to attack.

STANDOUT TRACKS: Living The Dream, Darkness Settles In, To Be Alone

STICK THIS NEXT TO: Hellyeah, Slipknot, Stone Sour