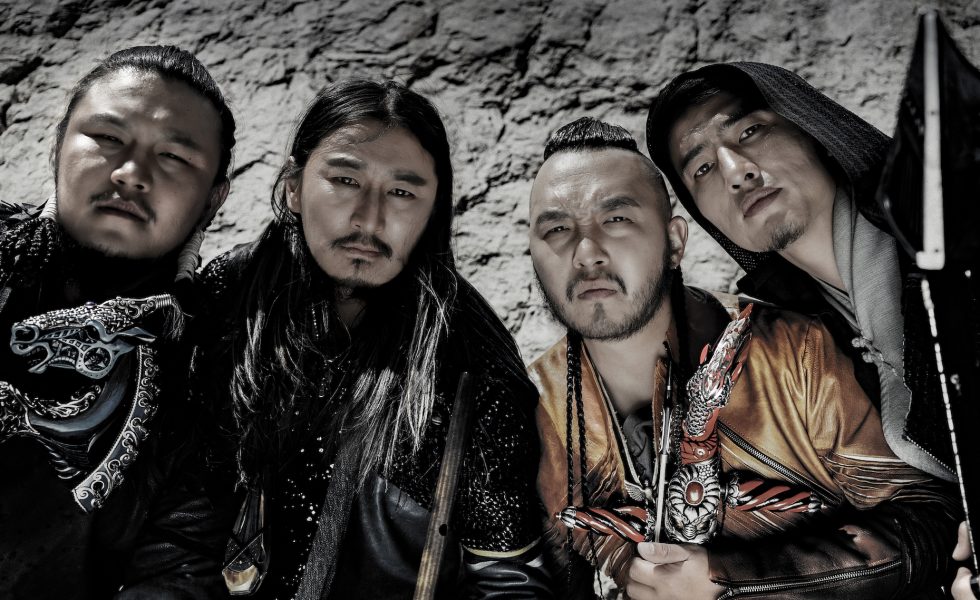 March 2020 sees the return to our shores of the UK’s legendary Download Festival, with Sydney and Melbourne playing host to a power packed smorgasbord of some of the world’s finest amped-up offerings.

The festival caters for a broad mix of heavy guitar styles with headliners, the recently reunited My Chemical Romance (whose LA reformation show sold out in four minutes flat!), appearing in their only Australian shows. Other Australian exclusive performances will come courtesy of good-time pirate metal rapscallions Alestorm, Italian goth-metal royalty Lacuna Coil and much lauded heavy rockers Clutch.

With a big ticket support cast that includes heavy hitters Deftones, Jimmy Eat World and Baroness, together with a killer contingent of Aussie acts such as Bodyjar, Clowns, Hands Like Houses, Stand Atlantic, Redhook, Plini and Dregg, Download 2020 is a smorgasbord of delights for heavy music fans of all persuasions.

Here’s six of the gnarliest offerings coming at ya from Download 2020:

Fronted by industrial rock high priest Al Jourgensen, an artist whose ‘tell it like it is’ intellect is matched only by his uncompromising approach to song craft, the bands most recent album, >>AmeriKKKant<<, (coming some 26 years after their high watermark release, Psalm 69), is a lyrically and musically savage expose of the malaise of our current times. In a world gone mad, now more than ever, what we need is a heavy duty, ‘kick against the pricks’, aural pummelling of the Ministry variety.

With a musical pedigree rooted in the late 80’s Bay Area thrash scene, hair flailing shreddery doesn’t come much sharper than the five man wrecking crew known as Testament. Part of the original ‘big 8’ of the second wave of thrash (which included Metallica, Slayer, Anthrax and Megadeth), be sure to bear witness when they deliver a killer dose of thrasharama from epic album’s such as Practice What You Preach, The Gathering and Formation Of Damnation (which won ‘best album’ at the 2008 Metal Hammer Golden Gods Awards).

Definitely the most unique band on the Download bill, Mongolian folk-metal fusion act The Hu and their self anointed ‘hunnu rock’ are also one to put in the ‘do not miss’ category. With their name deriving from the Mongolian word for ‘human being’ The Hu adorn their tough as teak sound with traditional Mongolian instrumentation such as jaw harp and horsehead fiddle, topped off with frontman Gala’s guttural ‘throat singing’, integrating elements of ancient Mongolian poetry and war cries. Bear witness and be simultaneously floored and transported into the realms of heavy exotica.

Across their initial incantation, from 1985 – 1996, UK extreme metal pioneers Carcass patented that most twisted of heavy genres known as ‘goregrind’, their splatter-infused, technically complex death metal courting controversy and blowing eardrums in equal measure. Upon reforming in 2007, they’ve continued to deliver the gory goods, also infusing their sound with (slightly) more melodic elements while losing none of the edge that made them so revered (and feared by wowsers) in the first place.

In the annals of seminal. melodically charged alternative metal, names don’t come much more influential than In Flames. The Swedish 4 piece have been pumping our their racket since 1990, initially pioneering the countries melodic death metal scene together with bands such as Soilwork, At The Gates and Dark Tranquillity. Over the years their sound and scope have grown exponentially, with the band most recently detonating Australian stages, together with Trivium, in 2014.

One of the most respected names in heavy rock circles, Clutch are a precisely pummelling, heavy rocking juggernaut who last year delivered one of the finest releases of their decorated 12 album career, in the form of the epic Book Of Bad Decisions. The bruisin’-bluesin’ four piece were last out here in 2016, performing a bunch of jaw dropping club sets together with Oz pub-punks miscreants the Cosmic Psychos and have been regular visitors to these shores since 2006, appearing at the Soundwave and Meredith Music festivals.