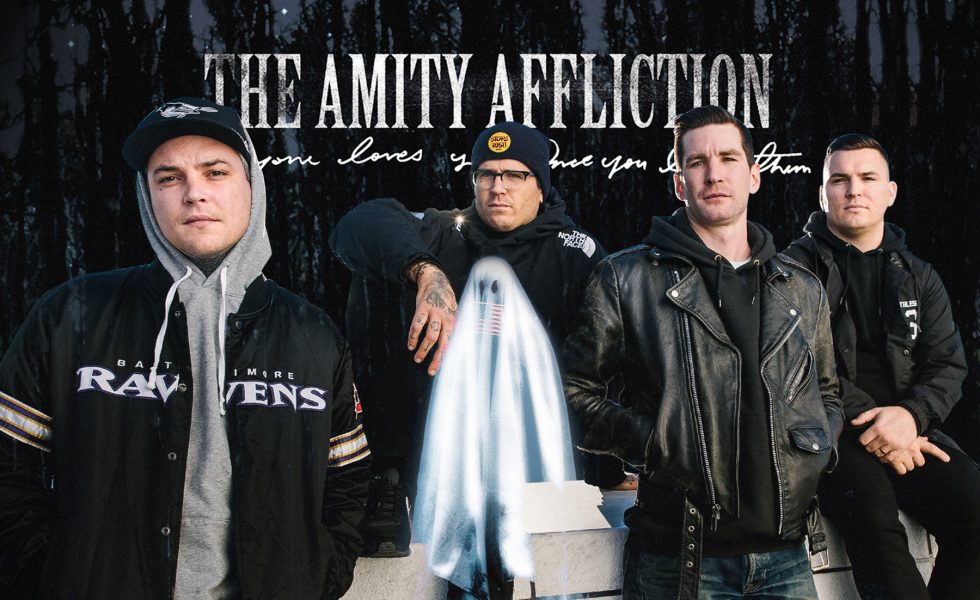 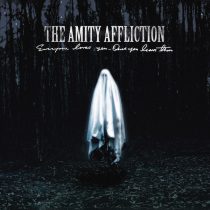 The Amity AfflictionEveryone Loves You… Once You Leave Them

Don’t be fooled: Everyone Loves You… Once You Leave Them is not what the initial singles have heralded. The seventh (!) record from The Amity Affliction is almost a straight 50/50 in terms of genuine heaviness and lighter touches that bring them back to what fans have been clamouring for.

Coffin is a purpose built intro that has Motionless In White-horror-synths dancing around possibly the heaviest riff and staccato drumming Amity have ever produced thanks to new permanent addition Joe Longobardi, along with Joel Birch’s best low growls he’s been hiding in the closet for a few years. Leading into the ‘all bets are off’ blast beats for All My Friends Are Dead, listeners would be forgiven for thinking Amity have thrown away the heavy electronic influences of Misery and given Birch full reign to howl at the moon.

They would be wrong. There’s a significant left turn following Soak Me In Bleach that’s hinted at with a vocal heavy performance from bassist/clean vocalist Ahren Stringer. Props to them though; Soak Me’s drums are some of the most compelling the band have put forth in terms of impact and oomph. Fans of Chasing Ghosts will feel right at home with this track even if the “ROCK” pit call doesn’t make any sense.

It’s time to ditch the keyboard warring; The Amity Affliction have shown up and delivered on every aspect of what made them huge on Everyone Loves You.

Moving on, All I Do Is Sink has the typical double kick/guitar chug pattern but then Ahren starts singing and there’s … finger clicks? Amity have never shied away from adding in a new element here and there but it’s a testament to the band’s ability to write a catchy chorus that it somehow works. Props also, to Birch for going full bore on actual singing in Aloneliness that he first introduced in Misery. Wait until you hear Just Like Me’s whistling; the comments will be scathing but it’s undeniably a strong choice after multiple listens. This one will be huge if they can push it hard enough onto alternative radio.

Even this many years in, Baltimore Rain’s shotgun blast snare hits that lead to its “Smoke ‘em if you got ‘em” call and response harmonies have put it in this listener’s favourite Amity choruses ever. We would also feel remiss if we didn’t mention the pure fan-service of Born To Lose that gives a down and dirty Amity breakdown along with, again, a stellar melody from Stringer. Who knows what Dan Brown (guitarist) and Matt Squire (producer) have dropped in his Jameson this time around but his vocal lines steal almost every track.

Even Amity themselves have admitted they’ve struggled to find a balance between fan expectations and creative expression for the past decade. On a first listen, it’s hard not to write a lot of the softer elements off if you’re in this only for an All My Friends type onslaught (which in fairness, they also give in Catatonia, strange snare tone aside). It’s time to ditch the keyboard warring; The Amity Affliction have shown up and delivered on every aspect of what made them huge on Everyone Loves You.

STANDOUT TRACKS: All My Friends Are Dead, Baltimore Rain, Soak Me In Bleach
STICK THIS NEXT TO: Motionless In White, Falling In Reverse, The Word Alive