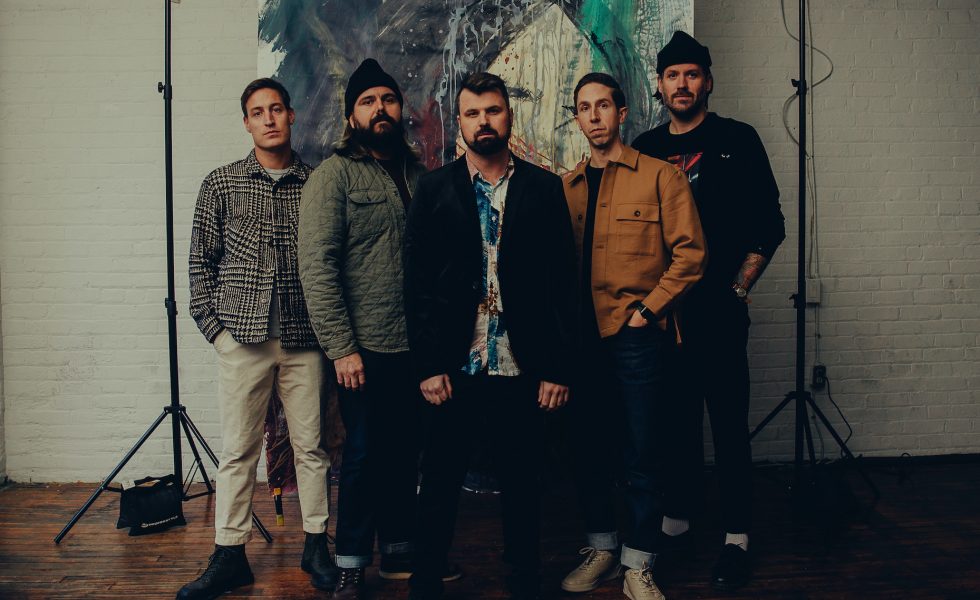 SILVERSTEIN // Shane Told On The Ever Expanding Sound Of Silverstein

If you haven’t heard of Silverstein, you’re just not trying hard enough.

Over the last 22 years the post-hardcore stalwards have established themselves as one of the most influential groups in the modern day metalcore scene. Considering they were one of the first groups to utilise emo undertones in both their songwriting and lyrics, it’s easy to see why.

Now over two decades later on their tenth album Misery Made Me, the group highlight yet again that their output is reliant on innovation, as opposed to trying to fit into current trends.

“Well, thank you for noticing that,” states the group’s humble lead singer Shane Told before continuing, “I think every time we’ve made a record, we’ve just always pushed ourselves to beat the last one.”

“I really mean that. It starts with how much time we put into writing, and recording and all that stuff. We also booked more studio time for this album than we ever have before.”

When asked why he thinks the band decided to take longer on fleshing out this record he paused before commenting, “Because records get harder to make. And I think a lot of bands haven’t figured this out, because their records keep getting worse. You know, you have to put in more time as you get older, there’s more responsibilities, you know, and more shit is coming up all the time. And a lot of bands, either get complacent or maybe they just feel like they’re confident and they got this, but it’s not the case. We have to put in the work and the time.”

“And, you know, we have to really, really think things through. I think the last album, Beautiful Place To Drown, which we still love, we still think is a great record, and I love some of the songs. But I think it’s kind of an album of, it’s almost like, it could be 12 singles, you know, all the songs are really good and catchy. And they have great choruses.”

Because records get harder to make. And I think a lot of bands haven’t figured this out, because their records keep getting worse. You know, you have to put in more time as you get older
[ Shane Told ]

“Whereas the album, I think we definitely did some weirder stuff. We wrote a lot of darker material. And we were a little more experimental. Everything from The Altar/Mary that song being completely out of left field, to Die Alone being a heavy song we’ve ever recorded to the final track Misery, being almost like an indie rock song with fingerpicking, which is something we have never done before. I think that we really wanted to expand the palette a little bit, musically and also just sonically, and some of the things we were going to try with different instrumentation.”

Expanding on the ways that the group experimented for this release Told said, “You know, bringing in like, synths and drum programming, that’s something that’s that we would never do. We probably wouldn’t have even done that four or five years ago. I think all those things, coupled with what we went through pandemic wise and the darkness we all felt, I think that all turned into this kind of magical moment where we were able to put together this album, which we all feel really strong about.”

With the group gearing up for their North American co-headliner with The Amity Affliction, it may be quite a while until Australian fans are able to see Silverstein’s new material, although as confirmed by Told, a tour is currently in motion.

“We’re working on it. I think we’re focusing right now on hopefully 2023. I’m not sure exactly what it will be. But believe me, you don’t know how much we love you guys, and how much your country has supported us and how much that means to us. Like, since 2004, or 2005. Whenever we first came, it’s been an amazing bond we’ve had with your country.”

“Believe me, I’m not dreading the flight. I’m cool with it. I want to come. I would come tomorrow if we were able to. We’ll be there as soon as we can.”