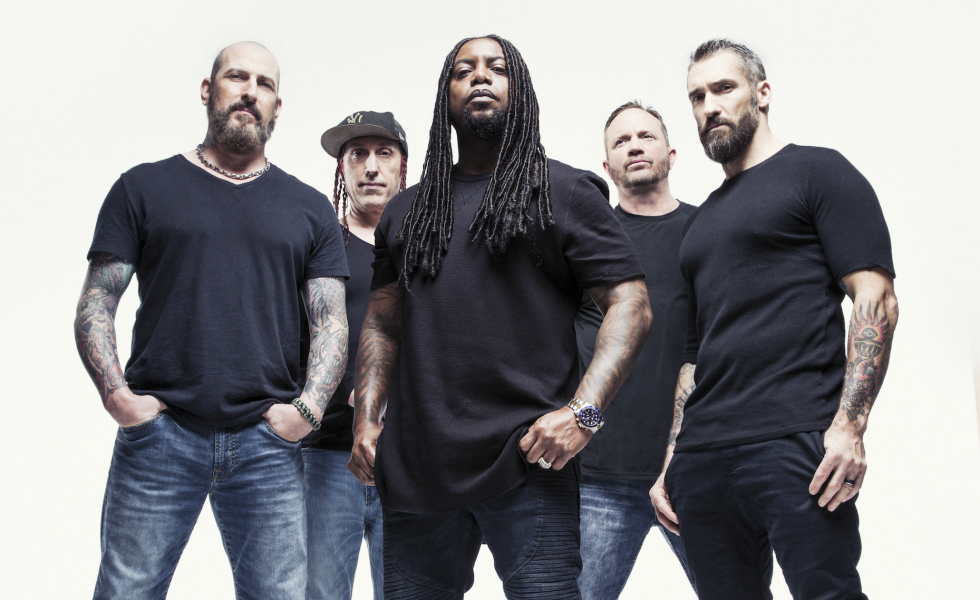 It’s an age-old dilemma: what songs do you put in your live set when you’re a successful band with an established discography?

MORE: PARKWAY DRIVE: Triumph Of The Underdogs // KICK OUT THE JAMS with Stepson REVIEWS: VIOLENT SOHO: Everything Is A-OK // ENTER SHIKARI: Nothing Is True & Everything Is Possible // BOSTON MANOR: Glue // THE USED: Heartwork // CALIGULA’S HORSE: Rise Radiant // EBONIVORY: The Long Dream I // WE THE REVELRY: (I Wanna Be) Myself In Someone Else’s Life

Fans expect you to play the classics. They might lynch you if you didn’t. But you need to play your new material and some of your less well-known material too. It can seem like an impossibly tight balance to get right. And indeed, at least some of your fans are likely to be disappointed, no matter what you go with.

It may sound like a proverbial first world problem. For passionate fans, though, it amounts to something altogether more serious. That’s because what your supporters think about you has real-world consequences on your viability. The right setlist can influence whether fans comes to your next show, buy your next album, and talk about you online.

It’s a question that alternative metal/hard rock veterans Sevendust (who came up with these labels … surely it’s all just rock ‘n and it’s all good?) have to contend with before every. How do they get it right when their tours takes them to some pretty large venues?

“Oh my God, it’s the hardest thing in the world, and we are the worst at it because we want to try to please everyone,” says Lajon Witherspoon, Sevendust’s eminently personable vocalist and frontman, from his home in Overland Park in Kansas. “And then somebody might say, ‘hey, let’s do this song, and someone will say, that’s the worst thing we’ve ever written’ [laughs]. It’s funny at times. But, you know, we always come to some type kind of common ground. But yeah, it’s crazy with this catalogue. But then I look back at everyone, and I think, ‘wow, how lucky are we to have to fight about how many songs that we have to try to pick from’?”

I can’t wait to come back to Australia. It’s like a different world and it’s not a place that we get to come to all the time.
[ Lajon Witherspoon ]

The discussion about live sets is prompted by recent touring news about the Australian Heavy Metal Rules tour. Sevendust were billed as special guests for sleaze rockers Steel Panther on an east coast tour that was meant to kick off this month.

Then COVID-19 struck and the tour was rescheduled to February 2021.

Yes, that’s one hell of a wait. But in some ways it’s good news. Unlike numerous other tours, this one wasn’t cancelled.

And there’s some nice consolation news for Sevendust fans. Studio album number 13, which will be self-titled, is ready.

“It’s completely done,” says Lajon. “There are 13 songs. I love everything about this album. We were supposed to put the album out in September, but now we don’t know because everything is up in the air. But we know for sure and I can let you know that we will be releasing the album this year.”

And there’s more good news. “In the next few weeks, if everything goes to plan, and I know it will, we’re going to release a song from the album,” he says. “It will be for everyone in the world to hear. It’ll be a ‘listen, we’re still here, we don’t know what’s going on in this world right now, but this is something from the album.’”

For as long as I’ve done it, music has kept me young at heart, in mind and in soul.
[ Lajon Witherspoon ]

“I can’t wait to come back to Australia”

Lajon is the vocalist in a band that has been making heavy for more than 25 years. They’ve released 12 studio albums, sold several million units, and have played more than 2,000 shows.

The weather in the northern hemisphere is getting warm. By rights he should be touring. But these are not normal times. It’s one reason why he’s talking to us from his home in Overland Park in Kansas City, instead of from the road somewhere.

Lajon will be waiting it out, as will everyone else. At the time of publication, COVID-19 restrictions in Australia are slowly being lifted. It will almost certainly be a long time yet until things are back to normal but – if everyone behaves and acts responsibly – we’ll finally get to rock out to Sevendust.

“I can’t wait to come back to Australia. It’s like a different world and it’s not a place that we get to come to all the time,” says Lajon. “So I’m like, ‘let’s give it our all’. Let’s do the show. Let’s hang out. Let’s talk. Let’s catch up. I love it. It keeps me young. For as long as I’ve done it, music has kept me young at heart, in mind and in soul. And to be able to go to a beautiful place like Australia, and to be liked and loved, it’s crazy to me. Still, as a 47-year-old man. To think that, back in the day when I was doing music at 19 and 18 years old, that I’d be performing in Australia with my band. What more could you ask for?”