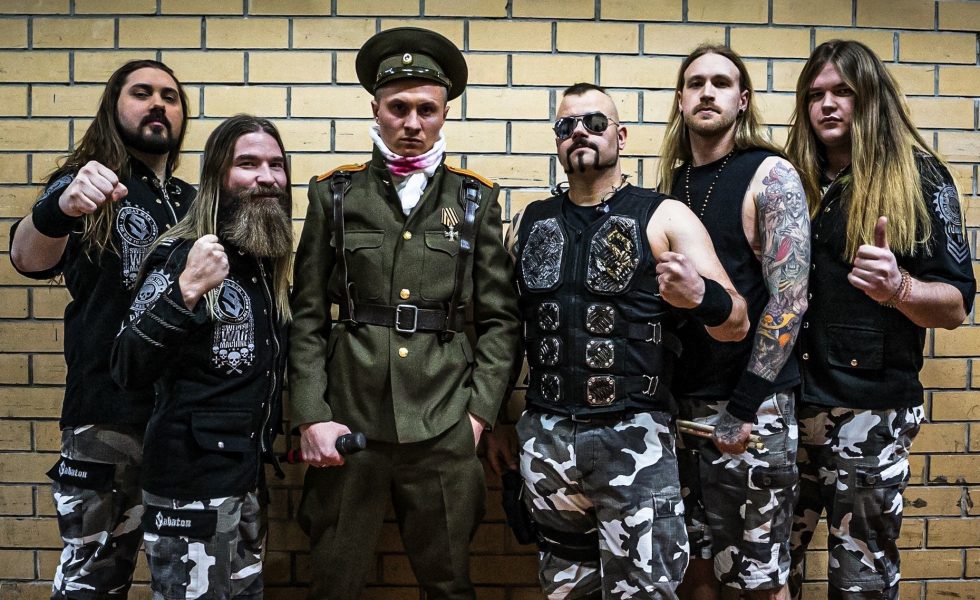 Swedish power metal unit Sabaton have joined forces with Radio Tapok to release a live version of The Attack Of The Dead Men, recorded during a recent concert in Moscow, Russia.

Radio Tapok is a Russian artist who covers famous rock and metal songs translated into Russian, including his own version of The Attack Of The Dead Men. With a huge following in Russian speaking countries, his unannounced surprise appearances on stage with Sabaton in Moscow and Saint Petersburg was well received by both fans and the band.

Sabaton bassist Pär Sundström says, “it’s a special honour for us to collaborate with Radio Tapok. He is a very talented artist and his cover of our song The Attack Of The Dead Men was so well received, that we did not think twice when we decided to invite him on stage to perform the song with us in Moscow and Saint Petersburg. The performance was so good that we had no other option but to release this collaboration!”

Sabaton’s music is inspired lyrically by themes of war and historical battles, and this song tells the story of a battle during World War I where German soldiers attempted to use chlorine gas against the unprotected Russian defenders, who were not expected to survive—making their counterattack so surprising and successful, thus birthing the legend of ‘the attack of the dead men.’

Last year was massive for Sabaton, with their latest album The Great War hitting #1 in the charts in various countries including Germany, Switzerland and Sweden and even #7 on the official Australian ARIA Charts.