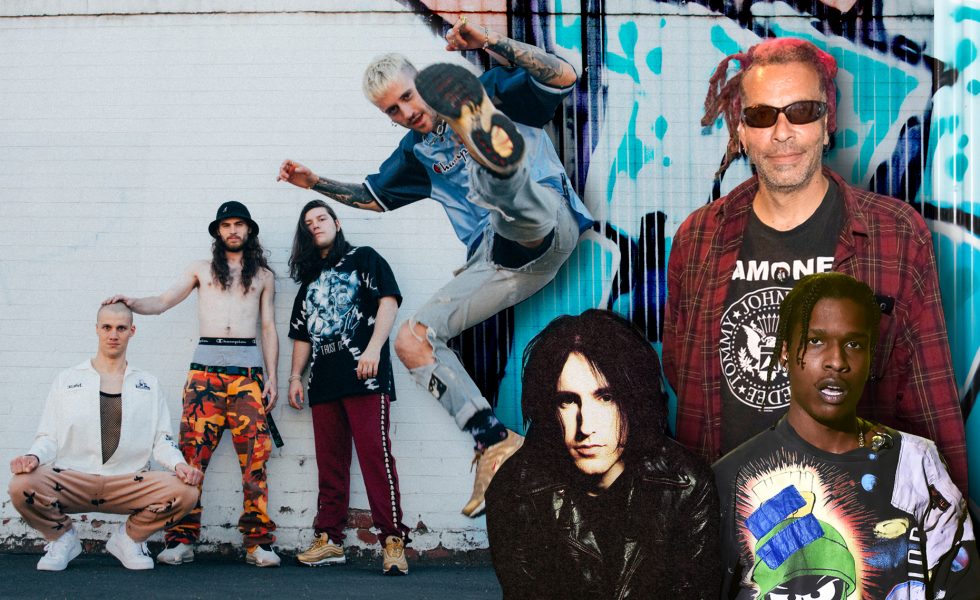 QUICKFIRE ROUND: OCEAN GROVE // One Question, One Song With Twiggy Hunter

Ocean Grove has been having a ”big year” for a few years running, so it came as quite a shock when vocalist Luke Holmes, and guitarist, Jimmy Hall, announced their departure following the band’s UNIFY appearance.

And just like that, what was once the Skinny Six was down to just three.

Obviously, nothing was going to hold these guys back, so they were quick to adapt, reinvent themselves and announce their newest member, Twiggy Hunter, also of surf-punk-metal maniacs The Beverly Chills.

A band that describe their sound as ”odd world music”, its unsurprising that the band introduced a new member who fits the band’s outlandish, unique vibe. But who actually IS Twiggy Hunter?

We managed to grab a few minutes of his time for a quickfire interview. You can read all about him anywhere on the internet, but here at Hysteria is the only place you’ll find out which music video he wishes he could’ve made an appearance in, and what the heck he plans on doing with our beloved Ocean Grove.

So you’re the new kid on the block in Ocean Grove, what’s one song to sum up your personality?

It’d have to be Nine Inch Nails – Sunspots.

The new track, Ask For The Anthem, is a total banger and is lots of people’s favourite tracks right now. What’s your all-time favourite song?

My favourite song is forever changing, but right now I would have to go with Bad Brains – Attitude. It’s been a real pump up song on our recent tour. The song has always been there for me when I’ve needed it. An affirmation of sorts. PMA.

You made a surprise appearance in the Intimate Alien video back when it was released, if you could make a guest appearance in any other music video, what would it have been and why?

After our recent feature with Ocean Grove when everything got announced, it sounds like you guys have a really great bond and you’re a bit of a seamless fit into what was once the skinny six. What song sums up how you’re feeling about the new line-up, and what you’re about to give us?

Faith No More – We Care a Lot. It’s a dirty job, but someone’s gotta do it.