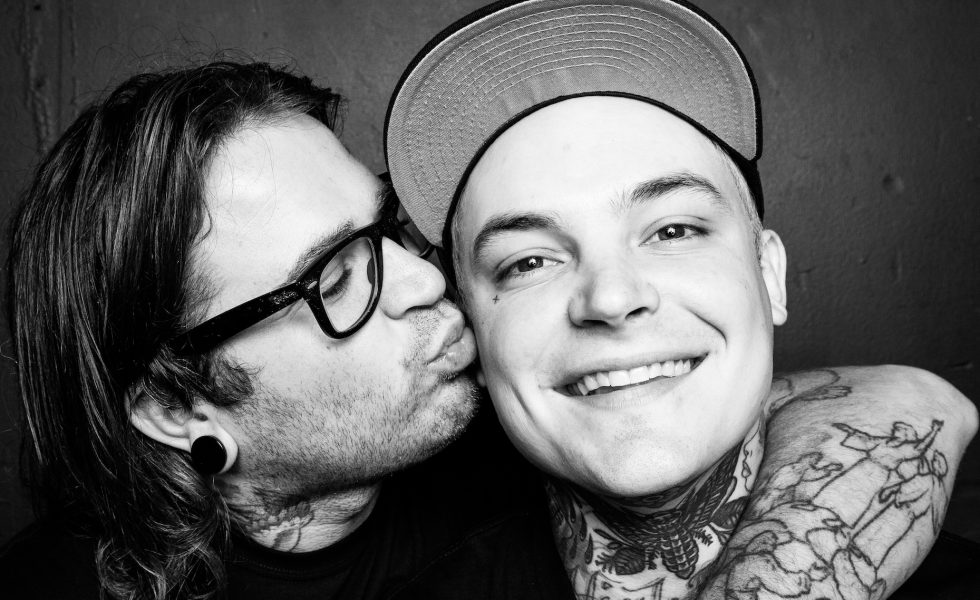 The Amity Affliction are home. It might not seem that way since we haven’t seen them launch into a breakdown since Unify 2018.

Ahead of their appearance at Download Festival this weekend, we may be rusty in the Amity pit but according to bassist/clean singer Ahren Stringer, there’s no rust on their chains.

“We don’t really rehearse that often because we’re always on tour,” he says from his house in Brunswick East. “We don’t really have any need to unless we’re playing new songs. We rehearse wherever the first show is really. So we’re going to Sydney for a couple of jams and then we’re gonna rip the gig.”

The Misery cycle is a rare occurrence: each of the songs from their latest record have been comfortably worked into sets in the USA and Europe. But Australia hasn’t witnessed any since their release. For the local contingent, it’s been a long few months seeing the band enjoy strong turnouts overseas for a band that always gave them the first live setting opportunity. Then again, look at the shows that Parkway Drive are putting on overseas and how they’ve picked their live game up from consistently smart touring.

As Ahren states, “We always listen to management and they have their finger on the pulse. We trust them when they say Europe, then America, then Australia … I think the thing with Australia is that you can’t tour too much here because it’s such a small population. Last year we toured twice and the year before we did the regional tour and the [This Could Be] Heartbreak tour. We can’t do big stadium tours everytime because it’s a saturated market that can really bite you in the arse if you tour too much. So we try to keep it to twice a year to make sure the shows are as big and as spectacular as possible … but we are planning on doing a tour in Australia this year. I can’t say much more than that.” Well that’s a fun little bombshell isn’t it?

[Joel]’s going to be doing more singing on the new stuff … which we’ve already started writing. But we’re never going to get rid of all the screams completely. We’re never gonna pull a Bring Me The Horizon so don’t worry about that.
[ Ahren Stringer ]

“Download popped up though and we thought ‘well we may as well play that too’.”

With the festival so close we can smell the beaded sweat of Download Dog’s fur, and Amity’s only show for the foreseeable future, fans had best grab a ticket quick smart. It’s also the first time we’ll see vocalist Joel Birch take on actual singing during an Australian performance. Well, moreso for those who didn’t manage to catch the band in their wild Glory Days we should say.

“I was super impressed with how well [he’s] pulled it off live for someone who’s never really sung,” says Ahren. “There was tonal screaming on Severed Ties back in the day. We tried a lot of stuff [on Misery] where we had him screaming and it just didn’t fit, so we thought ‘why don’t you just sing?’ and it fit. I didn’t want to be like “Well I’m the clean singer, I’m already singing 90% of the songs. Basically told him pull your weight mate! He’s getting more and more comfortable and confident with it live, it’s really surprised us all which is great.”

Although we’ve just been treated to Misery, and the opportunity to finally see them live on the aforementioned mystery headline tour later this year, we may see new material sooner than first thought.

“[Joel]’s going to be doing more singing on the new stuff … which we’ve already started writing. But we’re never going to get rid of all the screams completely. We’re never gonna pull a Bring Me The Horizon so don’t worry about that. Although they’re absolutely crushing it, but we don’t have that same confidence. Everything they touch turns to gold … it’s an almost impossible thing to pull off.”

So don’t worry chug fiends; Amity haven’t completely turned into the new wave of popcore. According to Ahren, they’re going to keep pushing the boundaries they broached on their last record: