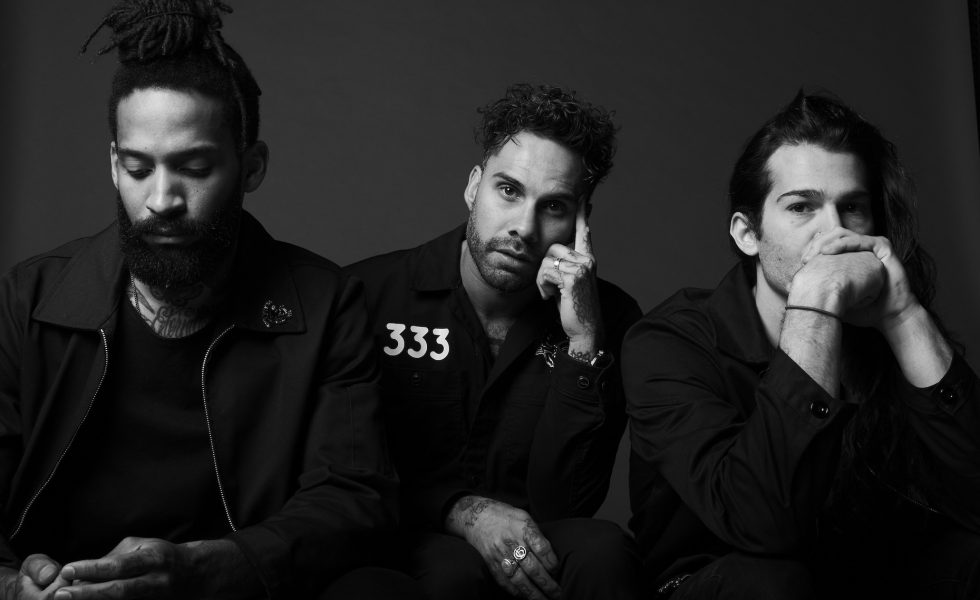 For all its excess and celebrity lifestyle, Los Angeles has been a creative hub for some of rock history’s greatest bands. It’s an incubator that allows them to spread their wings and leave an indelible mark not only on the city, but on the world at large.

The city’s history is infamous for gangs, riots and a racist, notoriously corrupt police force. The members of Fever 333 who grew up in the Los Angeles neighbourhood of Inglewood saw black Americans targeted for crimes they did not commit. They witnessed the influence of white supremacist ideologies on some white police officers. These are still pertinent issues today and the band are educating their fan base about precisely these topics on their latest music video Burn It, the first single of their highly anticipated debut album STRENGTH IN NUMB333RS. The LP features ten songs that aim to awaken people about the systemic issues facing the US as well as creating a global awareness of the struggle for more equality and justice at a time where we can’t afford to live on a planet that is ruthlessly exploited by a handful of wealthy individuals and corporations.

“I want our listeners to be empowered by these songs, that’s what this is all about” says The Fever 333 front man Jason Aaron Butler to Hysteria, “It’s about offering representation to those who feel underrepresented or not represented at all, it’s about elucidating ideas and issues that perhaps have not received the correct amount of acknowledgement but at the end of it all it’s about power and enabling people in a way to experience the power that they possess and to put that into play and to feel something bigger and stronger and to not feel alone in a world that can easily make you feel inconsequential at times. If nothing else I really want people to feel power and understand that we are there with them not for them, because all power truly does lie with the people and I hope our listeners feel encouraged to put that power into play after listening to this album.”

Fever 333 are the next wave of protest bands to pick up the torch from musicians and activists before them such as Bob Dylan, The Clash, Public Enemy and Rage Against the Machine. Whilst they maybe some parallels between the struggles people fought for from the rise of the protest song movement to the present day, we are also living in a time that has its own unique challenges as Butler alludes to, “There’s a lot of imbalances and leveraging of power systemically, not just in American society but globally and it only serves a fractional part of most societies and the effects of that are detrimental and rather catastrophic as we’ve seen historically over and over again. You can’t keep power in a small group for too long or you shouldn’t. The band’s overarching theme is, if we the people provide these systems and structures of power then maybe we can take that power back and encourage others, as well as insight ourselves enough, to do something about it.”

You can’t keep power in a small group for too long or you shouldn’t. The band’s overarching theme is, if we the people provide these systems and structures of power then maybe we can take that power back and encourage others, as well as insight ourselves enough, to do something about it.
[JASON]

When the trio announced themselves to the world last year, fans of their previous bands as well as new devotees who had just discovered their music were engulfed by the sheer energy and output of their live performances. The so called supergroup has since gone on to release an EP, play music festivals at home and abroad and were nominated for best rock performance at this year’s GRAMMYs. They’ll also be making their Australian debut appearance at the Sydney and Melbourne Download Festival as well as their own headline gig in Brisbane. They can’t wait to bring their demonstrations to our shores: “What I love the most about playing festivals is seeing a bunch of acts all in one setting, I also love being around the people who love music and love seeing people run from stage to stage, watching a band for the first time and really taking it all in. “Butler has toured Australia before with his previous band Letlive. and knows Australian music fans all too well and how passionate they are about music, “I love the way Australia invests in music and in culture, it could be the allure that I’m in a foreign place, away from home and I think there is a lot of similarities between the U.S. and Australia but the cultures are quite different and I love that!”

Revolution, punk rock, and hip-hop are certainly solid foundations for not only opening people’s minds to new ideas as well as confronting societal and behavioral norms, but also in accepting the vast diversity of the people that make up countries like Australia and The U.S. “It’s showing people that you don’t have to be confined by these sonic parameters that were set up by genres, I think that’s the way forward, allowing yourself to enjoy not only other types of music but music that hybridizes and cross pollinates.”

The future is exciting and daring for the forward thinking collective. For all Aussie fans who are hyped up about the upcoming dates, you better get ready because there’s a motherfucking fever coming our way!!!