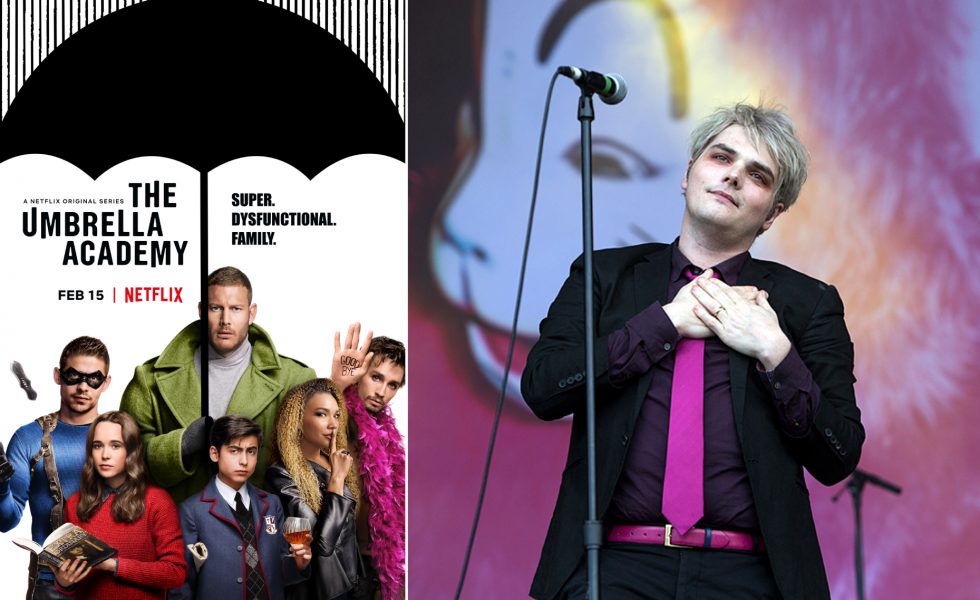 There’s another superhero series about to hit your screens in 2019, with Gerard Way’s The Umbrella Academy set to make its Netflix debut on the 15th February.

If you’re not a die-hard My Chemical Romance fan who keeps up with the lives of the fabulous killjoys post-MCR, you might not be familiar with The Umbrella Academy.

MORE: You Can’t Take The Comic Outta The Kid with Gerard Way

The MCR frontman Gerard Way is no stranger to the world of comic books, he actually had ambitions in visual arts and comics way before MCR even existed.

Through the years, his passions crossed paths, which is why we were blessed with the gift of The True Lives of the Fabulous Killjoys, both the album (that was grossly underrated) and the comic book series. But Way is actually pretty highly regarded in the comic world as well, partnering with the biggest names in the game like Marvel and DC.

The Umbrella Academy is Gerard Way’s comic book series, which is set in the late 70s and follows the lives of a family of superheroes who battle with dysfunctional family life, and you know… saving the world while trying to figure out the mystery of their adopted father’s death.

“On the same day in 1989, forty-three infants are inexplicably born to random, unconnected women who showed no signs of pregnancy the day before. Seven are adopted by a billionaire who creates The Umbrella Academy and prepares his “children” to save the world. Now, the six surviving members reunite upon the news of their father’s passing and must work together to solve a mystery surrounding his death. But the estranged family begins to come apart due to their divergent personalities and abilities, not to mention the imminent threat of a global apocalypse,” states The Umbrella Academy synopsis.

If being the creative love-child of My Chemical Romance’s frontman, Gerard Way, and artist, Gabriel Ba wasn’t enough to win you over, the Netflix adaptation also features an all-star cast including Mary J. Blige and Ellen Page.

While the show is only locked in for a 10-part series at this stage, Gerard Way has stated in interviews that he’s given producers an 18-page “bible,” or a document outlining the narrative and style (including yet-to-be-released comic content), so there’s potential for a second series in the future.

After a 10-year hiatus, The Umbrella Academy comics are coming back for a third series in October this year, so hopefully Gerard Way is feeling nostalgic and reunites My Chemical Romance while he’s at it.

The series has been in the works since 2015, and with the executive producer of Legion, Steve Blackman involved, we’re pretty sure this show is going to be a hit.

The Umbrella Academy debuts on 15 February on Netflix (Australia).