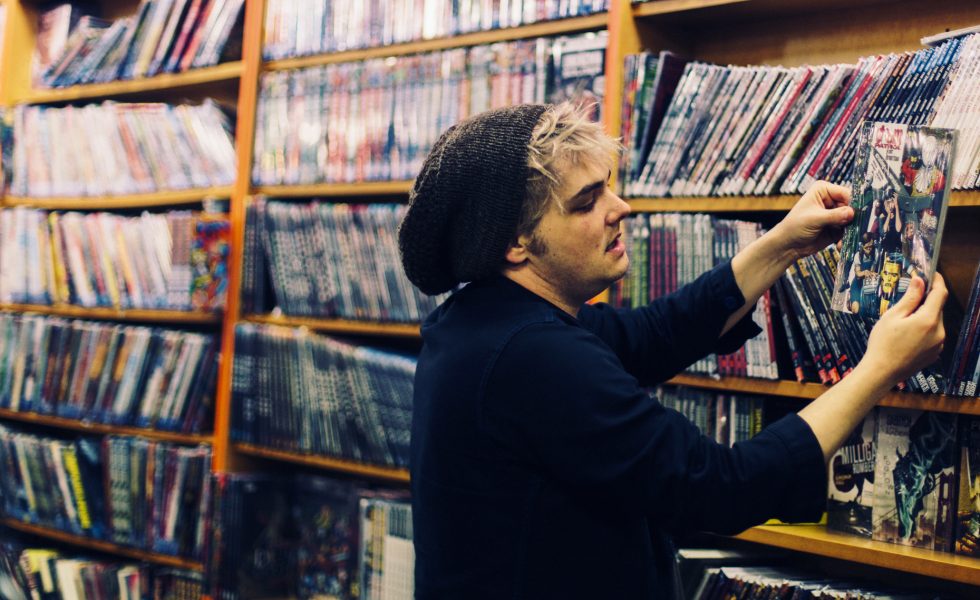 When Gerard Way isn’t belting it out on stage, his head’s buried in a comic book …

The ex-My Chemical Romance poster boy becomes possessed by the racks and racks of books pacing through Melbourne’s Minotaur. Minotaur is the ultimate nerd hangout. For geeks, nothing compares. Gerard pens The Umbrella Academy, a “collection of dysfunctional superheroes” and in 2013 wrote The True Lives of the Fabulous Killjoys, expanding on MCR’s Danger Days concept album. One of his favourite comic book artists, Grant Morrison, even cameoed in MCR’s Danger Days concept videos as villain Korse. His voice rises up and down like a flute describing his influences, his favourites and his loves. You can’t tear him away.

HYS: What was the first comic book you remember picking up?

Gerard: It was this book called Exterminators. It was tied into this crossover in Marvel called Inferno, where all these demons take over Manhattan. It involved all the mutants. All the X-Men books tied into this thing. Exterminators was about this small group of very young mutants. I think it was aimed at kids. I was the perfect age for it. That book got me into X-Men and comics in general.

Gerard: I’m drawn to both. I don’t think there’s a difference being drawn to one instead of the other. I find all of the art you make is connected. There are parts of the Umbrella Academy that feel very connected to the Black Parade album. It’s all circular. It all joins up together. 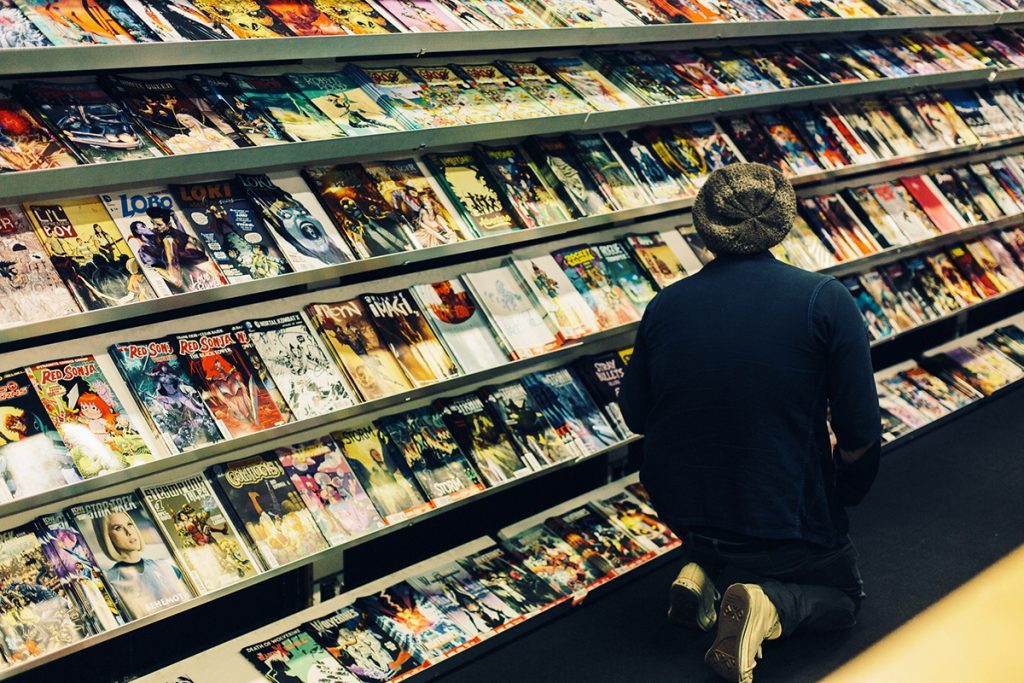 HYS: Are you attracted more to art or the story?

Gerard: I’m attracted to both. I think both are vital. I do think sometimes amazing, phenomenal art can save a book. Stuff that’s not so phenomenal could hurt a book. I think writing is important but these days, writers get a lot more credit than artists. Artists are just as vital. Without Gabriel Ba, there’s no Umbrella Academy. It wouldn’t look or feel the way it is.

HYS: Did you have a dual addiction of music and comics growing up?

Gerard: Yeah. I definitely were into both. I guess it’s why I like Danzig so much. Danzig was kinda writing horror punk or horror rock and he was also super into Wolverine.

HYS: What books got you into writing comics?

Gerard: The biggest book that influenced me was Doom Patrol by Grant Morrison. When they started reissuing these, I was like, I have to do a comic. Very badly. This was the biggest influence on Umbrella Academy and all the work I do in comics. As well as Flex Mentallo which he did with Frank Quitely. The biggest series he did was The Invisibles which was this crazy ongoing semi-autobiographical conspiracy action comic. Preacher by Garth Ennis and Steve Dillon. Obviously Neil Gaiman, Sandman, those are all there.

HYS: Was there a publisher you were particularly drawn to?

Gerard: Vertigo Comics had a big impact on me. I felt like I was graduating out of superhero comics and into something else. Something more abstract and I guess, “grown up” comics. I was getting into underground comics like Love & Rockets. It was probably the first underground comic I was ever exposed to.

HYS: Is that a rite of passage for comic fans?

Gerard: I think so. People always stay loving one thing. Alex Toth is my biggest artistic influence. He was responsible for doing the designs for the SuperFriends cartoons and Space Ghost and all things like that. It is kind of a rite of passage. You kind of read Archie comics, then you get into superhero comics and stay there for a while. Some people just stay there and they love those forever. Maybe they’ll discover more alternative comics. 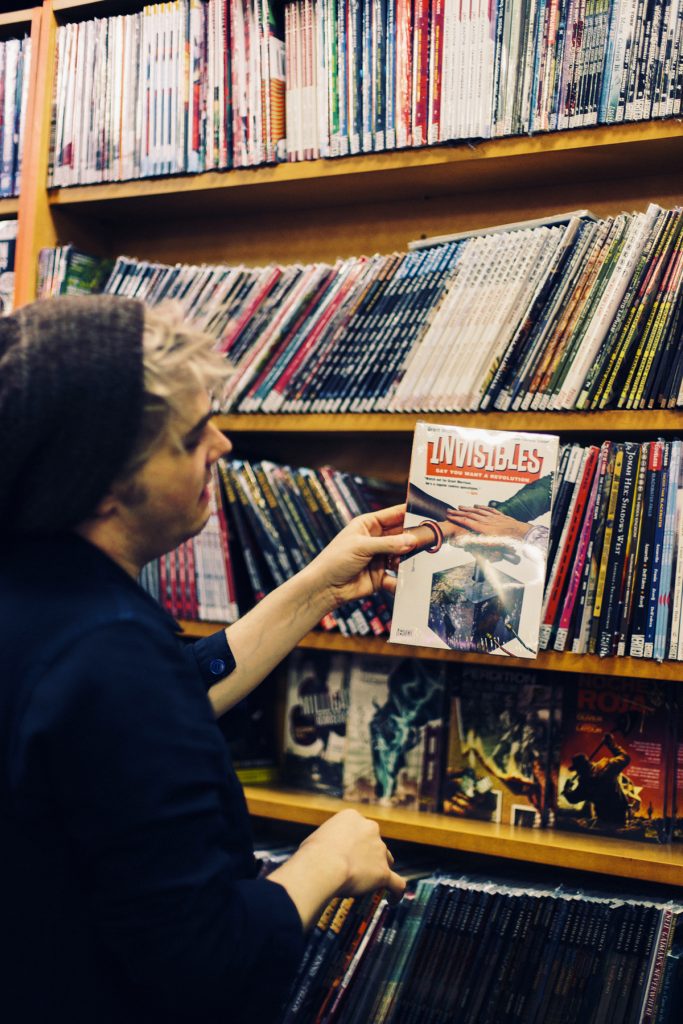 HYS: Is comics a life-long obsession? Do you often meet people who fall out of love with comics?

Gerard: I do meet people every once in a while that say “I used to have a huge collection,” but those are people that kind of collected them for value reasons. People that really enjoyed them and read them they’re into it for life. Sometimes you fall in and out, but everyone I know has always been into comics.

HYS: Do you think the surge in comics popularity with the movies is a good thing?

Gerard: Absolutely. I think anything that helps grow something is a good thing. If it helps an artform grow, it’s amazing. It can be detrimental at the same time. At the end of the day, no one can tell you how to make your comics. I make Umbrella Academy and someone in Hollywood could come up to me and say “well, you need to start making your comic like this because we’re making a film.” It’s my decision to say, “Oh, okay, I’ll do that” or say “Absolutely not, I’m doing the book the way I want to.” You get the good and the bad. You get comics that are written solely to get turned into films. I think those are some of the worst comics. Then you get the magical ones that happen and maybe they get made into a film. Beyond that, the film has to be good. What I do like is that we’re seeing a lot more women in comics and a lot more women reading comics. I think a lot of the best work in comics is being made by women, too.

Gerard knows his comics. If you’re looking for good’uns, look no further than Gerard’s personal faves:

CASANOVA (writer: Matt Fraction, artist: Fabio Moon) “Fabio is Gabriel Ba’s twin brother. This is definitely one you should pick up.”

GROO THE WANDERER (writer/artist: Sergio Aragones) “Sergio Aragones is legendary. He’s been doing this comic forever. He’s not only super-cool, but amazingly funny and talented.

Like this flashback? Read more from the Hysteria archives here! 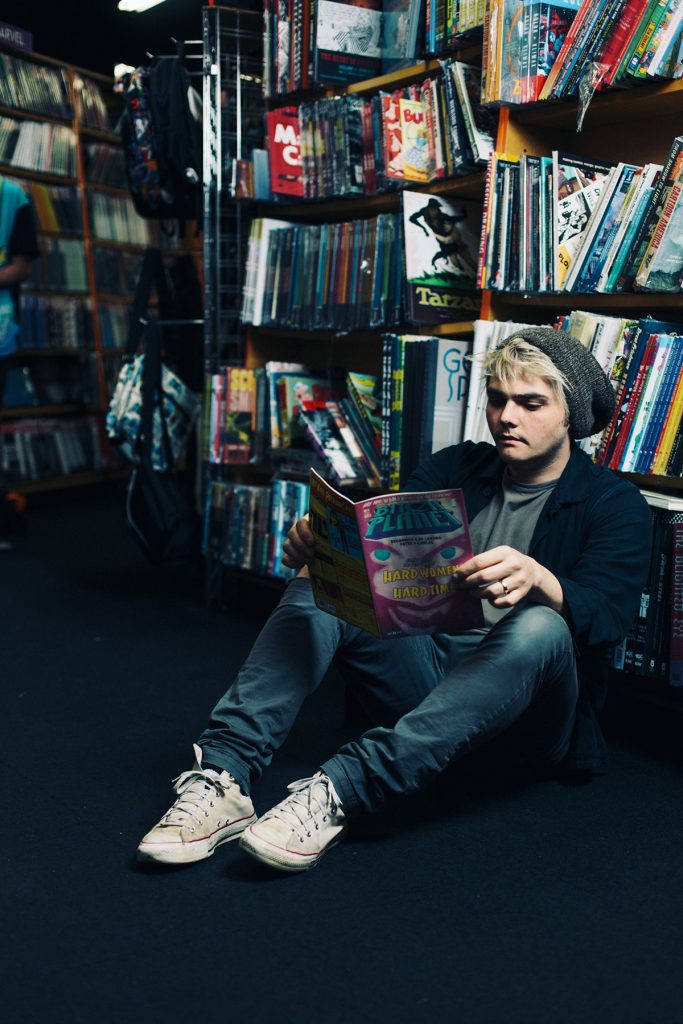 END_OF_DOCUMENT_TOKEN_TO_BE_REPLACED

PREMIERE: DESECRATOR // Belly Of The Beast

We told ya the thrash lords in Desecrator keep delivering the goods! MORE: LOSER: Call Them …