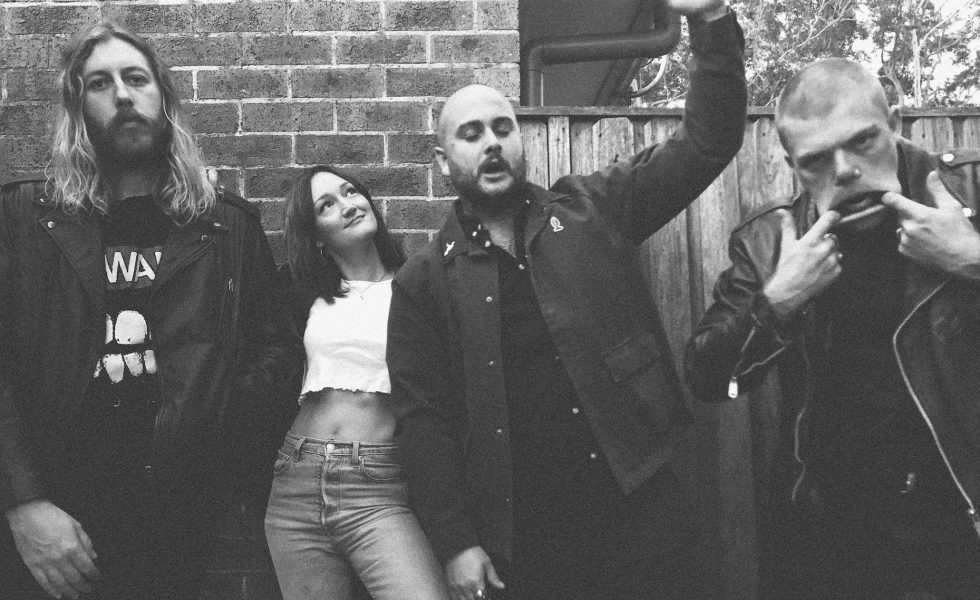 With relentless drums, scorching guitars and thumping bass, the angsty track leaves nothing up to the imagination. Stupid Baby co-vocalist and drummer Jake Dobson explains, “Mr Zil is an internal monologue about my alter ego.”

“The song revolves around my insecurities and anxieties blended into a fast two-minute song about losing control and letting Mr. Zil take over. This song shows our more frantic and heavier side, and I took it as an opportunity to show the influence from our favourite Aussie post-punk lyricists and poets,” says Dobson.

“It was written really quickly, and very openly and honestly, so it was important for us to just capture that energy as it came out in the room. I feel most people can relate to fantasising about completely letting go, it’s kinda fun and it makes shit weird, just like this song.”

Stupid Baby haven’t been around for a very long time, but it seems as though they’ve caught people’s attention in a big way. They’ve already snagged support slots alongside Aussie rock royalty The Chats, The Smith Street Band, Pist Idiots, Skegss, Ocean Alley, Polish Club and WAAX, as well as a performance at the sold-out Rolling Sets festival in January alongside Hilltop Hoods, The Rubens, Lime Cordiale and Mallrat.

Only this year the band unleashed their debut single Feline to the world, which was warmly welcomed by radio stations around the county and a tonne of media praise.

Mr. Zil was produced and mixed by Simon Dobson (Bootleg Rascal) and mastered by Andrew Edgson (Ocean Alley, West Thebarton, The Gooch Palms). The band also have an accompanying music set to be released in the upcoming weeks, so keep your eyes peeled.