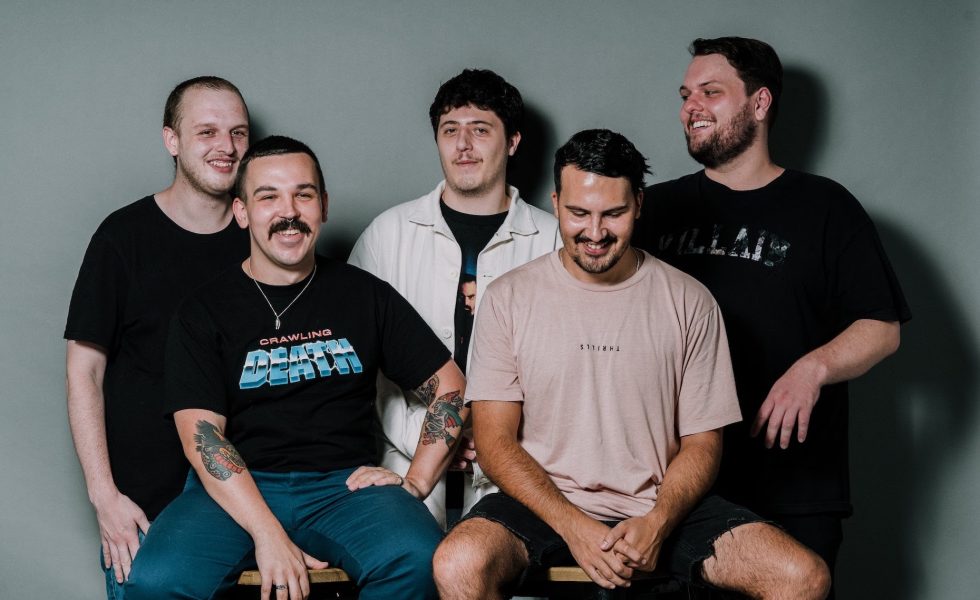 Travelling may be a no-go right now but really, who needs it? Wollongong’s Nosedive will send you straight to the south with their latest thrasher, Bad Mood.

It’s a punishing number, offering up a take not often seen in the Aus heavy scene. We got both frontman Josh Hanns and guitarist Marcus Conti to give us the lowdown on how it all came together.

Josh: Our current guitarist Jack wanted to start a thrash band. He got Marcus and me in contact and immediately decided he didn’t want to do it anymore.

Marcus:  Yeah, Jack and I met at uni. He said: if you want to be in a metal band, I know a guy that also wants to be in one. He essentially acted as a liaison for us.

Josh: We started playing music, got more mates together and started releasing it. We eventually had enough songs done and could start playing shows. This year, Jack rejoined the band. Now, we have a full lineup.

It feels like there aren’t many bands in Australia doing that Southern take on hardcore. Was that sound always something you wanted to bring across?

Marcus: Yeah. The only other band I can think of that’s local-ish and was doing what we’re doing is Staunch. I thought they had a mad sound. Whenever I saw them live, I thought they crushed every other band they’ve played with. Another band doing this style might be Imprisoned to an extent. For the most part, it’s been pretty strict hardcore or not.

Josh: We’ve always been into Mammoth Grinder and Power Trip. They’re massive influences, but we didn’t want to just straight copy them. We’ve tried to make all our releases unique to us. I think we’re finally finding out our own sound.

That was one of the things that got me through last year, knowing I’d be able to eventually play on stage or have band practice and let all that emotion out through my music.
[ Josh Hanns ]

Josh: It’s really about getting into a funk and being stuck in it for a week. It happened to me a few times last year; I was just in a really shitty mood for a whole week. I just wanted to express that. You can get into your own head and convince yourself the world is going to end. Once you get past that, you feel fine. It’s about looking into yourself and thinking what the fuck is happening and dealing with that.

Music must’ve been such an outlet for you to get through that funk too.

Josh: Absolutely. It’s one thing to look forward to, having music as an expression. Looking forward to band practice or a show to vent is a great feeling. I feel that was one of the things that got me through last year, knowing I’d be able to eventually play on stage or have band practice and let all that emotion out through my music.

Did you approach Bad Mood any differently from your past releases?

Marcus: Our first releases were volume over substance. The first thing we ever released was five tracks, and then our next one was a split with two tracks. Each time we’ve done that, we’ve forfeited the quality because we didn’t have the time to record things the way we wanted. Being able to spend a stupid amount of time on, and being so meticulous with one song, really helped us. We didn’t have to change much structurally; we just spent so long finding the right sounds for everything. I think that’s paid off so well for us. This is my favourite song of ours to date.

Josh: We recorded with Matt Clarke, and he and Marcus sat down for an hour-long discussion on what the goal sound was and how they were going to achieve it. That really comes through in the track.

Did the band go into this one really wanting to take that extra time, or was it the circumstances of last year that gave you that chance?

Josh: A bit of both. We had no reason to be releasing music. We couldn’t play shows for it; it would just be out. For that reason, we had more time to think about it.

Marcus: We had the song for six months. Then with the lyrics, we had it for another six or seven months before we recorded it.

Do you think that approach will shape your future releases?

Josh: Rushing things is not the right way to go. It was fun to spend that much time on it too. Marcus probably spent more time on the track than I did, figuring everything out, but it was really nice seeing how it evolved.

Marcus: Matt took the time to be patient with us. If we wanted to explore any ideas or any weird divergences, he indulged us. I was really obsessed with the concept of recording at 432 Hz instead of 440 Hz. He said it was really unconventional and won’t make a big difference, but he still tried it. I think we ended up landing on 435 Hz, but it was just really nice that he said let’s do it rather than saying no. He just believed in our vision and wanted us to be happy.

You’ve got some shows coming up; you must be so excited for those.

Josh: We’re excited, but I’m a bit nervous. I’m hoping they go well and we kill it. It’s just been a while.

Marcus: I’m just excited to be in front of people, pretending to be good at guitar (laughs).

What’s in store for Nosedive this year?

Marcus: It’s all dependant on what happens with live music. That’ll force us to either put more time into band practice or being meticulous with our songwriting.

Josh: In December 2019, we all sat down together and had this big meeting where we said in 2020 we’d focus on live music and play all these shows. All those plans got fucked up. It’d be nice to relive that this year.