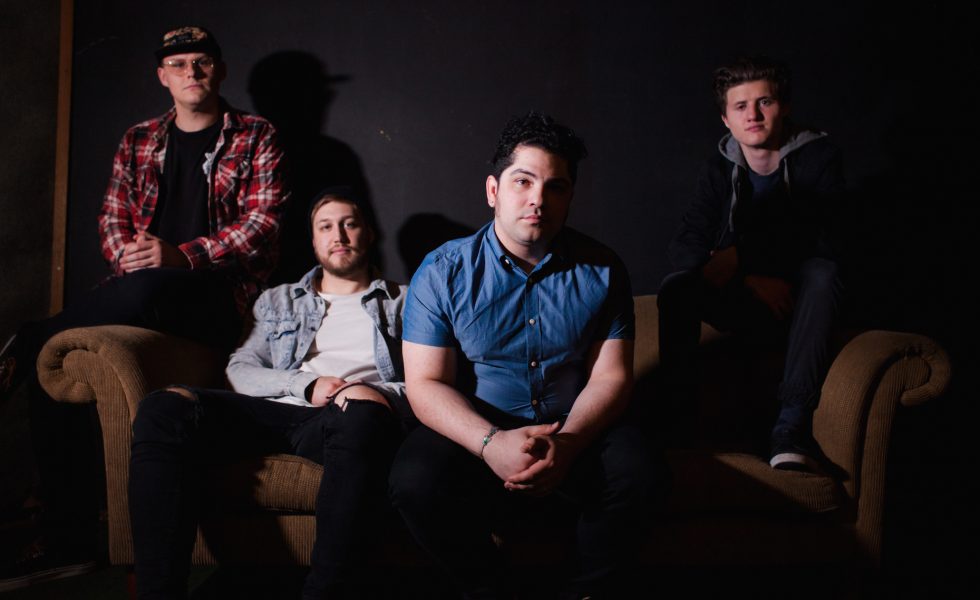 PREMIERE: MADISON MINOR // If You Want To Build A Legacy, You’re Gonna Have To Break Some Leggs

Meet Madison Minor, the Central Coast outfit throwing it back to the emo heyday with their new single, If You Want to Build a Legacy, You’re Gonna Have to Break Some Leggs.

Ahead of its official release, Hysteria sat down with frontman Brendan Horn to chat about the track, the band’s history and their musical influences. Read on.

Hysteria: How did the band get started?

Brendan: I’ve played in bands since I was fourteen and I’ve always shuffled into the role of frontman because nobody else wanted to sing. It wasn’t really my calling though, I always saw myself as a guitarist first and a vocalist as a distant second.

I didn’t do particularly well in those bands and I sort of gave up on it for a long time but then I started writing for myself and the response was fairly positive, so I started to rekindle my love affair with music. I love that whole early 2000’s emo/screamo thing, bands like Underoath, Alexisonfire and Taking Back Sunday, so I thought I could write music like that.

I went with the name Madison Minor because of the alliteration and I thought it was cool. My friend Simon (Boland, guitar and vocals) then left his old band Grim Indiana and I saw that as a sign to get him to join. My old bass player (Josh Cashmere) was always up for a challenge so we started things from there.

Were you coming for Underoath’s “longest song title ever” crown with the single?

It’s definitely part of the aesthetic. Underoath and Fall Out Boy have always had really cool song titles and we’ve always enjoyed song titles that are a little bit ridiculous. We do just shorten it to Legacy for our setlists, so it’s a little less glamorous.

What else can you tell us about the track?

It was one of the first songs I wrote for the project when it was just me. I based all the guitar sounds on the demo off this amplifier I borrowed from my work. Are you familiar with the concept of speedrunning?

It’s a video game thing where people play really fast. I started getting into speed writing and recording to take some of that second-guessing that comes with writing out of the equation. When Simon came to the band I played him a couple of songs and he thought Legacy was killer and the song that we should start working on. At first, we were doing it acoustically because we were going to be a Dashboard Confessional live outfit because we couldn’t find a drummer.

We heard the band first met at the video shoot.

That’s right. I knew everyone independently. I work with the guy who did drums for it (Will Tremain, currently in Inklines). Josh and I have been in bands together previously and Simon and Jared (Boland, guitar and vocals) are brothers. The guys hadn’t all met each other until we went to film the video because of scheduling conflicts. The night before, we were supposed to practice but Giacomo (Benvenuto, current drummer) had a family emergency. I kind of just walked in saying, “Hey you guys don’t know each other, but welcome to the video shoot”.

Who are some of the band’s major influences?

For the permanent members, Alexisonfire is probably the most universal one. Simon, Jared, Josh and I are all pretty big fans, and since we have a rotating drummer situation it’s hard to know at any given time what the drummer thinks.

For me, a lot of the bands I like tend to have more than one vocalist. Bands like Underoath, Alexisonfire, Four Years Strong, Taking Back Sunday and even early Blink 182. I’ve probably pushed that onto the other guys, but they’ve responded positively to my multi-vocal addition.

What’s next for Madison Minor?

We’ve got a show with Life Pilot that we’re really excited for. We love those guys. Simon actually runs a rehearsal studio and DIY venue called ECP Studios and I saw them at a gig there. We’re also planning on putting out another single, and everyone’s had a part in writing this one. We’re recording it at the moment so we’ll put it out next. We might then delve back into one of my old demos and revamp one of them. Ultimately, it comes down to whether people like us or not. If nobody picks up what we’re putting down, we’ll probably be in a tricky spot.