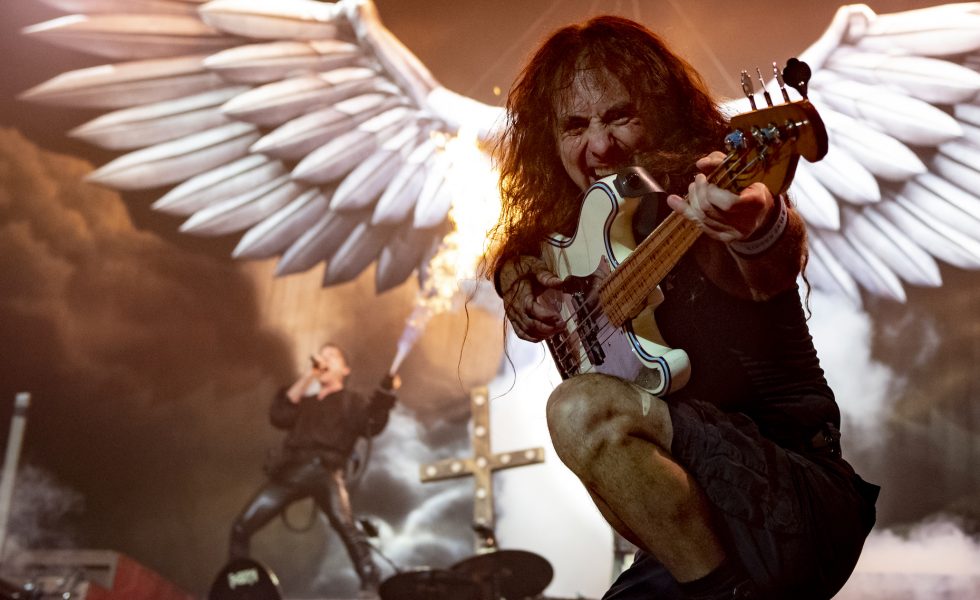 Heavy metal icons Iron Maiden are returning to Australia in May 2020 as part of their incredible Legacy of the Beast world tour.

The Legacy of the Beast has been hailed by fans and critics alike as their largest—and greatest—stage production in their almost forty-five year career. They’ll be taking the Beast to stadiums in Perth, Adelaide, Brisbane, Sydney, and Melbourne.

The Irons and their jumbo jet Ed Force One have made sorties to 39 countries around the globe since the tour opened last year, playing to close to two million fans including a show 100,000 strong at the legendary Rock in Rio festival in Brazil.

Joining them on their tour is New England metalcore superstars Killswitch Engage. Killswitch will be supporting their latest album Atonement, which saw release in August of this year.

Vocalist Bruce Dickinson stated “It’ll be four years since we were last in Australia, so we’re delighted to be making a return visit to present the Legacy Of The Beast Tour to all our fans there! We’re immensely proud of this show and we’ve had great reactions from the many fans who came to see us in Europe, North America, Mexico and South America. The production for Australia is exactly the same as the other shows on this tour so far … [Our mobile game] inspired us to put together a stage show to take our fans through different Worlds and experiences set to appropriate songs. It is not that easy designing different Worlds on stage and we put a huge amount of work into this to make it work and the end result we feel is our most spectacular and certainly the most complex show to date.

“We’ve got all kinds of crazy things going on, including a replica Spitfire plane dominating the stage during Aces High, tons of pyro, a giant Icarus, muskets, claymores and some truly marvellous flame-throwers which I have a hell of a lot of fun with, as you will see! And of course, we have Eddie, as you’ve never seen him before, and absolutely loads of other surprises. I’ve had the time of my life playing with all these magnificent props on stage, it’s been fantastic, we can’t wait to bring this show to you!”

We gave a lot of thought to the set list for this Tour as the songs needed to follow the narrative of the changing worlds of the stage show.
[ Steve Harris ]

Bassist and “anchor” Steve Harris also stated, “We gave a lot of thought to the set list for this Tour as the songs needed to follow the narrative of the changing worlds of the stage show. We feel we ended up with a very strong and well balanced set mixing songs we haven’t played in many years like Flight Of Icarus, Sign Of The Cross and The Clansman with songs we know the fans want to hear like The Trooper, 2 Minutes To Midnight, The Number Of The Beast, Fear Of The Dark, Run To The Hills, Hallowed Be Thy Name and others, reflecting the journey through the different themes of the show. We’re excited to be bringing this tour to Australia as much of the set list comprises songs which our fans will know well but which haven’t been performed live there for over ten years, some of them even longer than that. The whole band is really enjoying this tour and we are really looking forward to seeing everybody again!”

Maiden’s latest and sixteenth album The Book Of Souls reached #1 in 43 countries. Since forming in 1975, their first groundbreaking albums were hailed as part of a “New Wave of British Heavy Metal.”

They shot to worldwide prominence after recruiting Bruce Dickinson for 1982’s The Number of the Beast, topping the British album charts and placing inside the Top Ten in dozens of countries—no mean feat in the year the greatest-selling album of all time, Thriller by Michael Jackson, was released.

They’ve also played over 2000 shows and sold over 100 million albums around the world. They were one of the first Western rock bands to play in Poland in 1984 for their World Slavery Tour, which was back then “behind the Iron Curtain” and under communist rule.

Telstra Plus members will have the opportunity to get tickets from Monday 11 November from 1pm to Wednesday 13 November at 1pm. More details here.