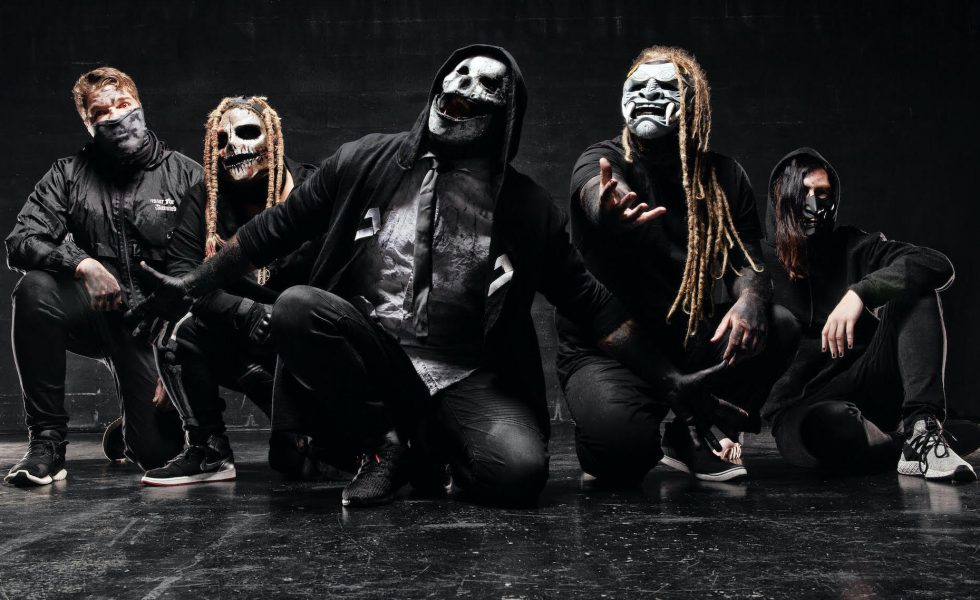 Just when we thought we’d recovered from the sonic onslaught that was Cut-Throat, DisKust has returned for round two.

This time around, they’ve dropped Khronic. It’s another heavy masterclass from the CEOs of neck-breaking, and we wanted to know all about it. Before its official release, we got drummer CJ Nash on the line for a chat.

Hysteria: Congratulations on the new single Khronic. How’d it come together?

CJ: We recorded this one at Big Note Productions in Burleigh Heads. It’s been about a year in the making. I actually tracked my drums back in April 2020. Funnily enough, a lot of our newer songs were written before I even joined the band.

We’re dropping the single with a music video. I’ve got to give a massive shoutout to its director, Alex Nelson. We shot it with a ridiculous amount of rubbing alcohol and fire. It was pretty brutal!

Was it challenging coming into the band as a fresher face?

In some ways, yes and others no. The biggest challenge was having to track songs without ever having played them as a group. The weekend we decided to have a proper rehearsal was when everything went into lockdown (laughs). Bringing the ferocity wasn’t the issue. I’ve played plenty of shows with the band in the past as part of New Clear Vision, and I knew what kind of energy they had. The hard part was not having any scratch tracks. We ended up using a lot of guitar pro. It ended up sounding like the Doom soundtrack from the early 90s. It was bizarre to play along to that and try to imagine what it’d turn out like.

It’s crazy how the pandemic’s given so many bands that opportunity to flex.

Absolutely. We used it as an integral part of us moving forward. We thought we could either sit around and do nothing or keep busy in whatever way possible. We didn’t want the pandemic to stop us when we just came back as a band too.

What inspired the track lyrically?

Some of the lyrical content that Bo (frontman) puts out is up for interpretation. To me, Khronic is about helplessness and feeling like you don’t belong. That’s what I pull out of it anyway. It’s a good anthem track. When people are feeling like that, they can crank it up and realise they’re not alone.

We have Khronic, then we have a few shows in the works, and then we’re planning to drop our EP on the 26th of June.

I’m sure the Slipknot comparisons are frequent, but who would you say have been some of the biggest inspirations to DisKust‘s sound?

We do cop the Slipknot thing, but I consider it a huge compliment. Everyone brought different influences to the table with our upcoming EP. A lot of my inspiration came from old school hip-hop like Ice T, Ice Cube and Public Enemy. There’s also Fever 333 and Killswitch Engage. We are all influenced by Slipknot, but we try to create something separate.

I know before I joined, DisKust was struggling to get the group together to track an EP. They had an abundance of material ready to go. When I came in, I said, you have some banger tracks that should be on an EP.  It became a big mix of tracks they’d already performed live, ones they’d rehearsed and one’s they’d never done at all. It turned into an amalgamation. My mentality of an EP or album is that it’s a picture of a point in time. I think our upcoming EP is a great collection of where DisKust has been, where it was when I came on board and where it’s going. To bring it back to those different influences, that’s pushing where we’re going with our new sound.

Tell us about your past experiences touring with DisKust.

In the last year of New Clear Vision, we played with DisKust around five times. I was a fan of them before I even met them. I got to know them through the course of those shows. We immediately clicked. We were all pretty wasted at those gigs. It’s hard not to get along with someone when you’re that many whiskeys deep (laughs). When I heard their previous drummer was parting ways with them, I called Bones (bass) straight away and asked if they needed me (laughs).

We’d love to know more about your recent experience playing a sit-down show.

Our first show was a streaming one at the Mansfield Tavern. 24 hours before we played it, the sitdown rule was announced. Everyone was already dusting cobwebs off from not having toured for months, but that added more stress. Because it was streamed, the venue had an area portioned off for cameras, and the crowd was behind that. You almost couldn’t see anyone. We played a few shows after that, and again, everyone was sitting down. Our genre feeds off moshing and crowd participation. Not having that forced us to step our show up and focus on our performance and how we move around.

You recently announced the Khronic tour. How keen are you for that?

We’ve got a lot in the woodworks. There’s a lot of shows we haven’t been able to announce, and they will drop over the next few weeks. Some of them are massive. Some of them are in places we’ve never been. Some of them are local. I can’t talk about too much yet, but we have a good leg of shows until August. We’re planning on taking six weeks off and also working on a full on-stage show. We’re not stopping by any means.

You’ve touched on the bands touring plans for the year, but will we see more DisKust tunes?

We have Khronic, then we have a few shows in the works, and then we’re planning to drop our EP on the 26th of June. We’re in the final stages of getting the artwork, and everything sorted. It will have seven or eight tracks, and we want to drop a music video for the rest of them. The next clip is already in the works; I’ve started storyboarding it. On top of that, we’re working towards a live EP. We’re not stopping on that front either (laughs).