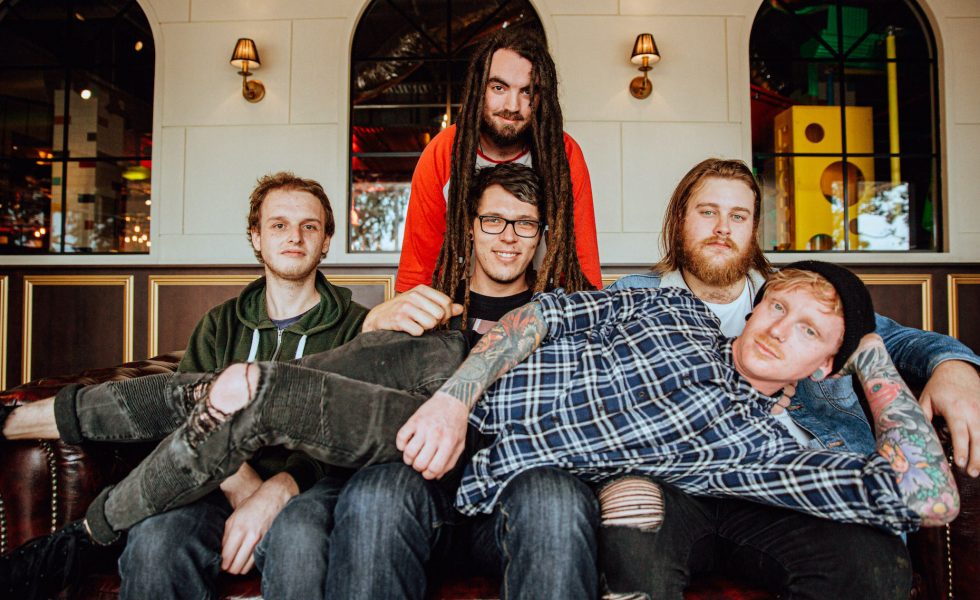 Contrary to popular belief, doing something a few times does not make you an expert. It’s all too common to see that bloke strutting around the gym showing off a physique that has been sculpted off two single workouts or the guy who lands an ollie once and all of a sudden is decked head to toe in ‘Thrasher’ merch.

For Alienist, this notion just doesn’t seem to ring true. In fact, if we didn’t know how fresh this Wollongong based metalcore act was on the scene, we’d almost assume they were one of the acts spearheading it. But in reality, the group, who has still only released less than five singles is only just beginning to hit their incredibly promising stride.

With their newest single Landslide scoring a Triple J premiere, the band has already established a nod from industry gurus like Lochlan Watt. As well as that, their fanbase has been steadily multiplying since 2020 saw the group tour in support of Gravemind and Northlane. A tour that Alienist found themselves on after having only played four live shows previously.

“It was incredibly surreal,” says the group’s guitarist Damon Renes, “to play to a crowd that big and with such a huge production value, it was the most incredible thing we have accomplished as a band.”

“It really made us believe that this is what we want to fight for, what we want to accomplish with our music. That one day we really want to be on these tours and not be the opener.”

Having initially come onto the scene with a brutally hardcore sound akin to acts such as Gideon, Alienst have found their sound treading more towards the progressive metalcore stylings of acts like Northlane; a directional change that Damon directly associates with the tour.

“Using those bands as inspirations to further our music has been super beneficial” he says.

It really made us believe that this is what we want to fight for, what we want to accomplish with our music. That one day we really want to be on these tours and not be the opener.

“Those bands definitely gave us inspiration to how we write now, just seeing how they work was inspirational. Outside of that tour we pretty much just worked from our inspirations of bands like Polaris and Thornhill.”

“Obviously with songs like Social Faker, we were just starting out so the sound was slightly different. We do still want that hardcore ‘Gideon’ sound with tough riffs but a lot of our songs do end up falling more into the metalcore realm with a bit of prog inspiration.”

“Now I guess we are really trying to go more into that technical side of things that Polaris pulls off so well.”

“I think we are just progressing our music style to more and more we write so the next songs released will probably be a big change again.”

The group’s newest single, Landslide marks the second of a three song release that will eventually be compiled together into an EP format ahead of a full length release towards the end of the year.

Speaking of Landslide, which was premiered last night on Triple J’s ‘The Rackett’, Damon said “All the songs we have written focus on different things but at the same time a lot of our lyrics do stem from things like; mental health, pushing through boundaries and trying to make yourself a better person by going through hardships and that kind of thing.”

“Every single song does have inspiration from something that we have gone through or feelings that we have felt. Landslide specifically is about being to push your way through feeling like crap.”

“We wanted to make sure that it was an energetic song that sounded super tight and clean whilst conveying that message and with ‘Landslide’, I feel like we accomplished that.”

Landslide is out now.

They will also be playing this Friday, tickets available here.