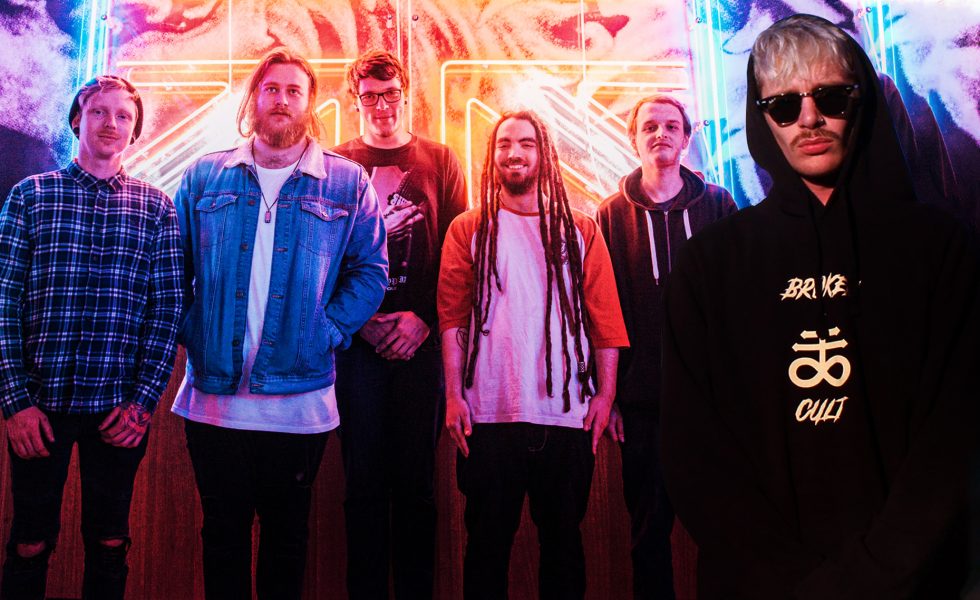 While we were all locked down in isolation, baking banana bread and binge-watching Netflix, Alienist and Geo were having a crack at writing music together and came up with the absolute banger, Talk In My Sleep.

Alienist are a metal upstart from Wollongong, who’ve been compared to the likes of Polaris, Drown This City and Windwaker while relentlessly unleashing their own unique sound to the world.

It’s difficult to compare this track to anything else that’s been released. While the emo-rap genre has blown up, Alienist have made it their own by staying true to their sound, with melodic riffs and a spicy breakdown to keep the energy high throughout the entire song.

Their counterpart on Talk In My Sleep is their mate Geo, an upcoming rapper also hailing from The ‘Gong. Geo has an extremely unique sound for an Aussie rapper, delivering his lyrics seamlessly while also somehow being blessed with an incredible singing voice. He has only one song released on streaming platforms, but his performance on this track sounds incredibly professional. He’s definitely one to keep an eye on.

Talk In My Sleep was recorded remotely from Alienist guitarist Damon Renes’ house and was produced, mixed and mastered by Clayton Segelov and Angie Watson at The Brain Recording Studios in Sydney. Renes says, “This song was an experimental fun project with our mate during quarantine that turned in to something we are proud of.”

Alienist’s last single Severance was received with critical acclaim and put the band into the spotlight. They’ve toured with some of the best names in Australian metal, sharing stages with Gravemind, Isotopes and Teeth, while they took out first place in the triple j Unearthed competition and played as the local opener on the Northlane 4D Tour.

Alienist and Geo’s Talk In My Sleep is available Friday 10th July on digital stores and streaming platforms.