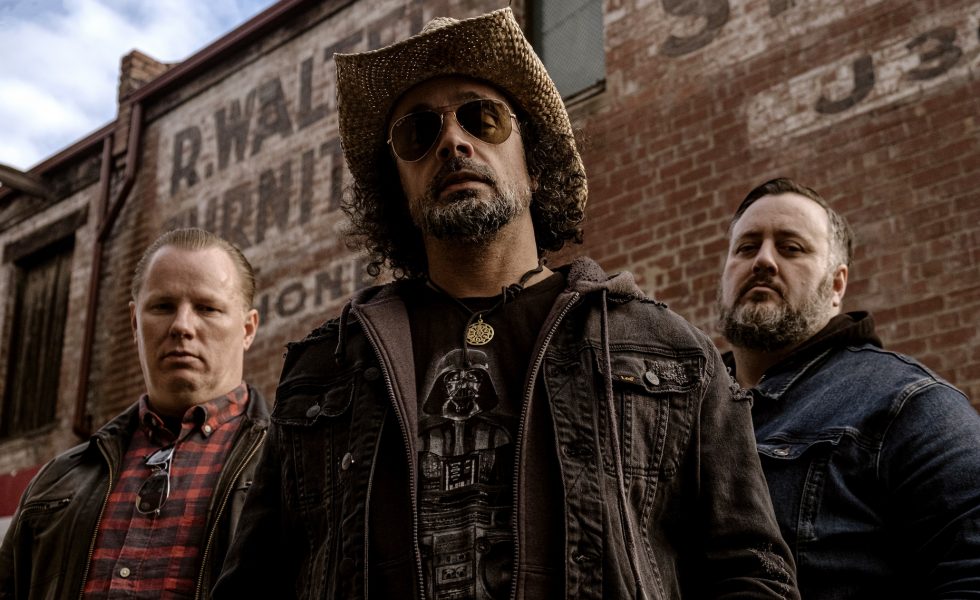 PLANET OF THE 8S // Into The Light

Jul 15, 2019 / WORDS Audrey Gerrard / Planet of the 8s prepare to open the gates on Tourist Season

“It’s like everyone is a tourist these days,” says guitarist Justin ‘JC’ Cruickshank. “Is anyone even a local anymore? You can experience anything in the world from your mobile phone, but where do you really live? Where do you belong?”

Formed in 2015, Planet of the 8s debuted their self-titled album in 2017 and rocketed onto the radar of the Australian and international stoner rock scene. Being known for their thick rolling grooves, abundant solos and progressive touch, there’s plenty to look forward to on Tourist Season. “There’s definitely an evolution in the music,” JC reflects, “I think we’ve become a bit more exploratory in our arrangements, we’ve latched onto those more journey-style arrangements and not afraid to keep exploring a song and keep it going. It’s definitely heavier than the first album, there’s a lot more going on, in every sense of the word, more layers, more sonic density, is probably the best way that I think of it, just more of everything.”

Something about a ‘fundraiser’… what is it really? I mean, every gig is a fundraiser. But a fundraiser for this kind of thing is really just a chance to celebrate with our friends and fans, and there’s something about them, it’s just a really fun night.
[ Justin ‘JC’ Cruickshank ]

There sure is a lot of good stuff packed in on Tourist Season! Speaking of longer more complicated songs, one that stands out is Christopher Walken In The Jungle With the Fkn Animals. How’d this song come together? “What’s interesting about this,” JC explains, “is there are four solos in the song, it’s not like we start out going ‘there will be four extended solos in the song’, that’s just how it developed. But what I really like about this song is firstly that I get to learn other people’s solos! It’s not just me, I do two solos, the first two, then the third is done by Sullo, our bass player who is an amazing guitarist too, and then the fourth is by Bob Balch from Fu Manchu. So first of all, that gives us a lot of flavours across it, which I’ve had to learn other people’s solos, so I can play it live.”

“In an insight,” JC continues, “what I like about the second solo is that it’s actually a fuck up. What happened is we were doing the demo, right, and I went for the solo, and I had this idea that I initially wanted to do, and I fucked it. Completely. And then I spent the rest of the take basically just having the shits, taking it out on it, finding a way back, and there are these really expressive moments, frustration, like fuck this. I hated that take but it was a demo so like whatever, we got something down. It wasn’t until like two weeks later and I was like, actually there’s something in there. So I set about learning how to play my fuck up. And what that did was set this really pensive, unsettled vibe, and that created this opportunity for the other solos to really release that. So that song for me is really about this tension, and there’s a lot in the song lyrics about this too, this unresolved tension and then the solos and everything just work together to just lift it up out the dark, into the light.”

Speaking of moving into the light, Planet of the 8s have a show coming up in Melbourne, as a fundraiser to release Tourist Season on vinyl. “There’s going to be a bunch of stuff happening!” JC informs us excitedly. “Something about a ‘fundraiser’… what is it really? I mean, every gig is a fundraiser. But a fundraiser for this kind of thing is really just a chance to celebrate with our friends and fans, and there’s something about them, it’s just a really fun night. So we’re trying to get friends’ bands on as well, to amp up that vibe. We’re going to do some pre-sales there too, so people can the buy album in advance. We’ll be playing the album on the night. That’s a big undertaking in itself, to come out of the studio and figure out how you’re going to do all the stuff live. But we’ve got all seven tracks together and we will perform them all. On the record James and Ben from A Gazillion Angry Mexicans did a guest vocal spot so they will hopefully be getting up on stage to help us out with one of the songs, which will be fun. And we got some rad t-shirts made for this! Because we had some stickers made using ‘The Empire Strikes Back’ logo but we changed it to ‘The Empire Smokes Hash’ and those stickers are really popular so we thought let’s make some t-shirts, people seem to love it.”

Sounds like it’ll be a ripper of a night at the Last Chance Rock ‘n’ Roll bar!

“Yeah the goal is to have a lot of fun and put on some rad music. We get to celebrate, it’s our first real outing with the album live, so it’s a way of celebrating with our fans and friends.”

With The Balls, A Gazillion Angry Mexicans, and Rum For Legba.

Tourist Season will be released 8 August 2019 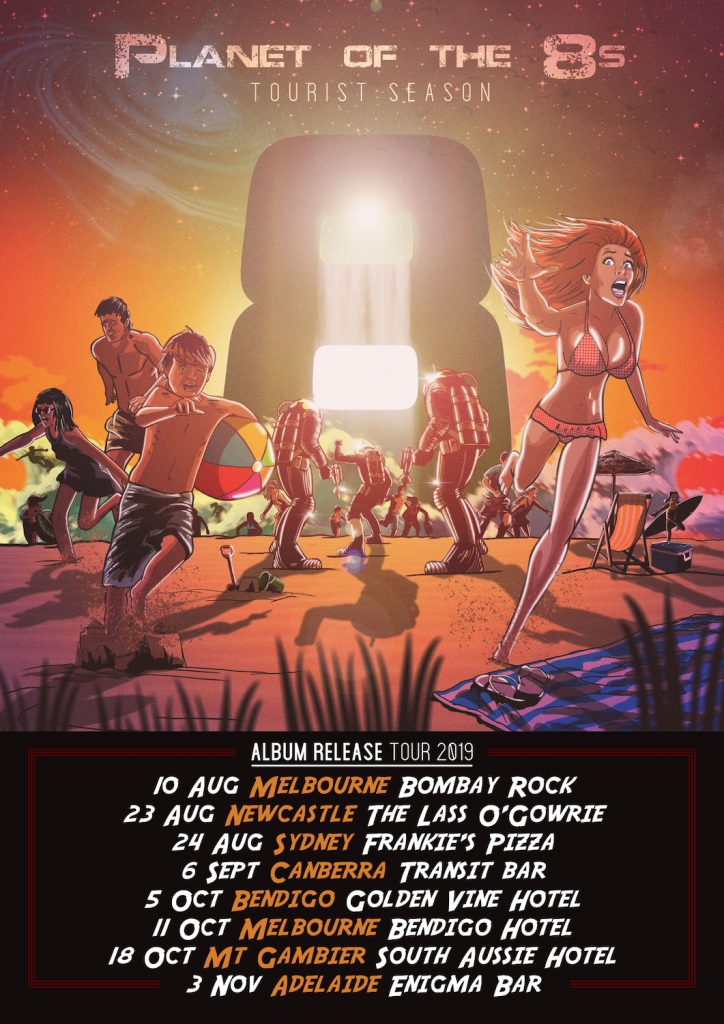