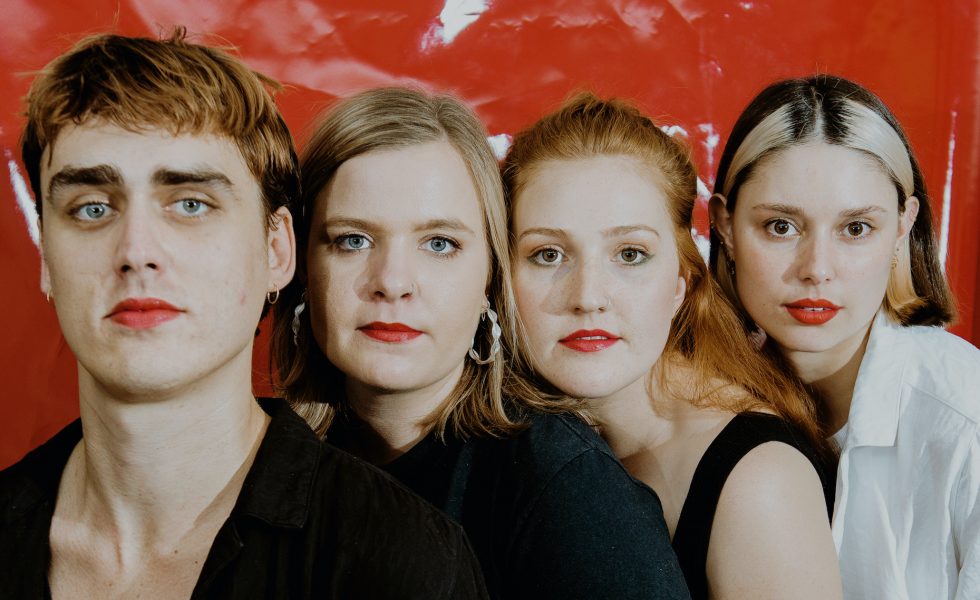 Brisbane based punk rockers Perve Endings are gearing up to release their debut EP Slow Burn on Friday 11th December, 2020.

In celebration of their EP announcement, the four-piece band released the music video to their latest single Token.

Perve Endings describes their sound as “a genre of their own – matching fiery punk and rock ‘n’ roll with their unapologetic admiration for pop and soul”. Since signing to Bargain Bin Records, the band are set to release their debut EP Slow Burn featuring six tracks, including the featured single Token.

The official music video of Token highlights some of the glamourisation of Surfers Paradise’s beach life in Queensland, where the music video was filmed. All of the band members can be seen roller skating along the boardwalk near the iconic tourist beach, in their glitzy and golden outfits, perfected with ‘Perve Endings’ labelled blue sashes across their shoulders in the music video.

Vocalist and guitarist Mikki says that “Token was written for anyone who feels that they are only included in something because their inclusion would be on trend or benefit the image of whoever asked them … For those moments, we had a poignant, in-your-face anthem to scream back at them”. Token was inspired from the band’s experiences of navigating through the Australian music industry as a predominantly female band. This song gives some cheek and a head tilt of attitude to music industry individuals that book bands purely based on fitting a social quota on the event bill.
Over the past 18 months since Perve Endings first emerged onto the Australian scene, the band has earned music support roles alongside other artists such as Amyl and The Sniffers, A. Swayze & The Ghosts, MiniSkirt, Pist Idiots, and having scored an Australian east coast tour with Sydney indie rocker Ruby Fields.