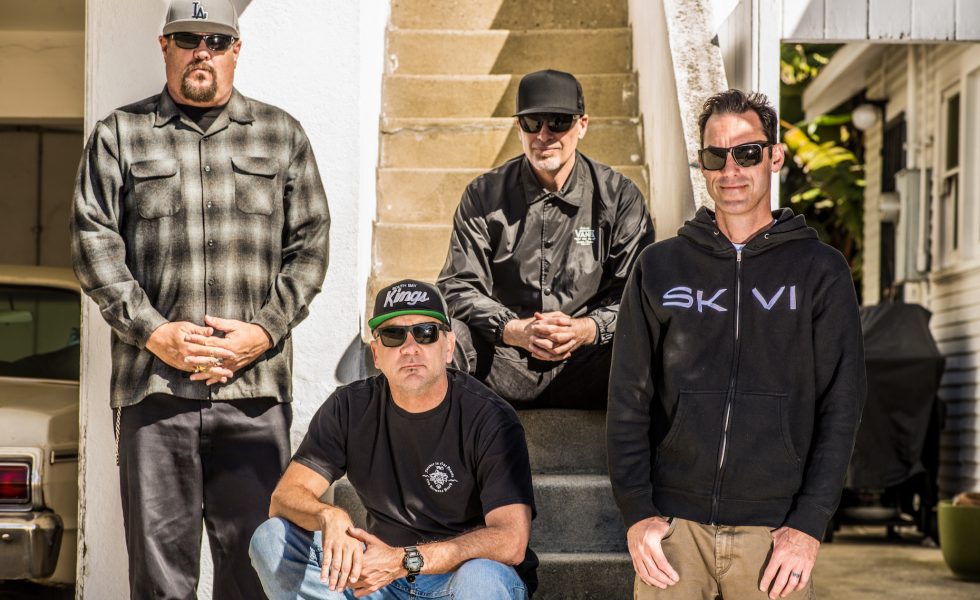 “[Bands] lose sight of what’s really important. What’s really important is the music, and the fans.” Emphatic words from Pennywise guitarist Fletcher Dragg, who’s become disenchanted by the attitudes in punk today and is adamant that punk, in the traditional sense of the word, doesn’t exist anymore.

From a man whose band celebrate this year the 20th anniversary of Straight Ahead, the California outfit’s highest charting album to date, you could argue that there’s none more qualified than Dragg to make such a statement. He’s been around, seen, done, and played, everywhere with everyone. What punk meant to Pennywise way back in 1988 and what it will mean when they return to Australia in 2020 have only one commonality–it’s supposed to be fun.

Pennywise know how to have fun. “I think that’s what it’s supposed to be about,” says Dragg. “We’re definitely a band that don’t take ourselves too seriously. Obviously, our lyrics are serious at times–politics, personal issues, friends that have passed, drug addiction, whatever it may be, definitely some serious messages–but we’re not gonna get up there and be too rigid. We’re gonna get up there and have a party.

“Most bands I think start off in the garage, do some backyard parties with a keg of beer, and we try to recreate that on stage. Although, on stage there’s a barricade and security guards, but we always want the crowd to feel like they’re part of the party. “We’re up there drinking beers 90% of the time, or rum, whatever it may be, we’re partying, so we want it to be a big party.”

The bar will tell us, ‘we did the most money we’ve ever done in one night in alcohol sales for you guys,’ or some crazy shit like that. We know our fans know how to party.
[ Fletcher Dragg ]

Dragg proudly muses over his fans’ ability to frequently sell out the stock of venues they play. “The bar will tell us, ‘we did the most money we’ve ever done in one night in alcohol sales for you guys,’ or some crazy shit like that. We know our fans know how to party.

“We’re not condoning get fucked up out of your mind, but it’s like hey, let’s have some beers and cut loose. Music’s supposed to be about escaping reality and all the drama of your real life. So, if you come to a Pennywise show, get a couple of beers in you, and get out some of that pressure that’s been building up, and that’s key to what we do.”

Not out to be “rock stars” and far from having an ego, Pennywise have always given the vibe of four guys who love what they do and live for the fun times; though now the down to earth, sometimes monotone drawl of Dragg could be perceived as being blasé, in reality, he’s just a very cool guy. “The bottom line is, without our fans we’re nothing. We’re just a fucking band in a garage playing to ourselves.

In his time, Dragg’s seen punk to evolve into something to mean, or not mean something other than what he knew. “I got into punk in 1980–it’s changed quite a bit. Back then it was dangerous, it was not cool at all to be a punk-rocker–mainstream society hated punk rock.

“You had mohawks, blue hair, spiked bracelets–you looked like a freak walking down the street, you were one of the minorities for sure. You got beat up by the cops, beat up by the jocks, and it was really a statement back then, you had to have some balls to be involved in that scene. That’s a lot different from now; everybody’s got a mohawk, everybody’s got tattoos. There’s no danger in punk-rock anymore.

“Back then punk-rock was about being different, about pissing people off and making a scene. Now, to me, it’s about being yourself and making your own rules, questioning authority, doing what you want to do versus what’s cool and trendy.

“For me, it’s not about fashion anymore, not about how fast you play, it’s just about being yourself and following your heart and what you want to do. It’s definitely changed but the message is still available.”

Catch Pennywise with Strung Out & No Fun At All at the following dates: 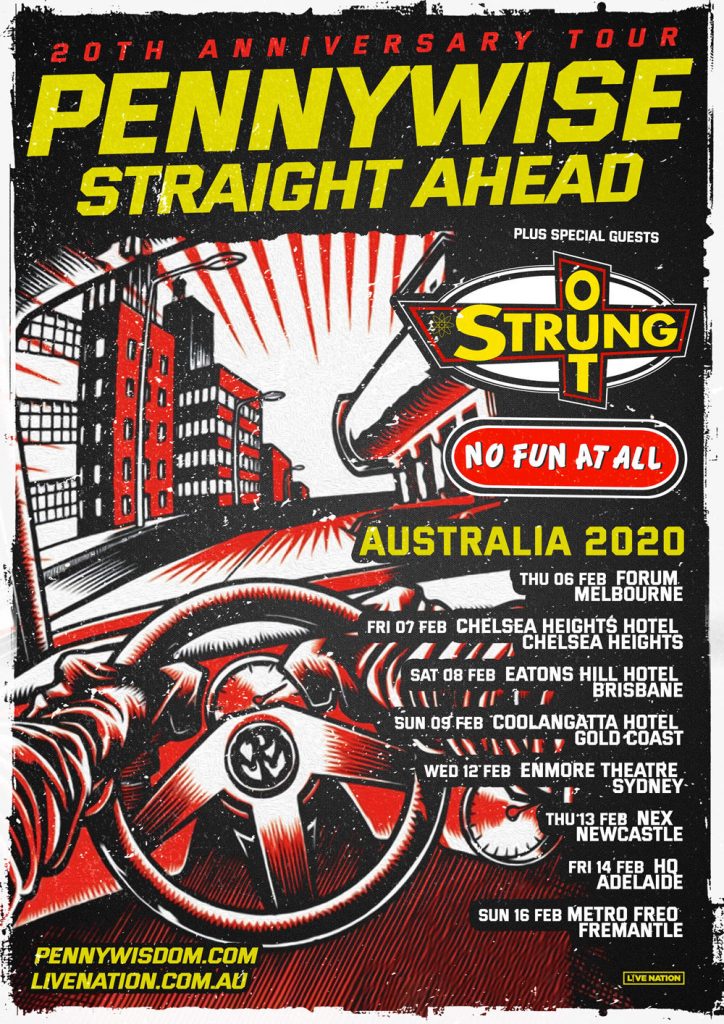