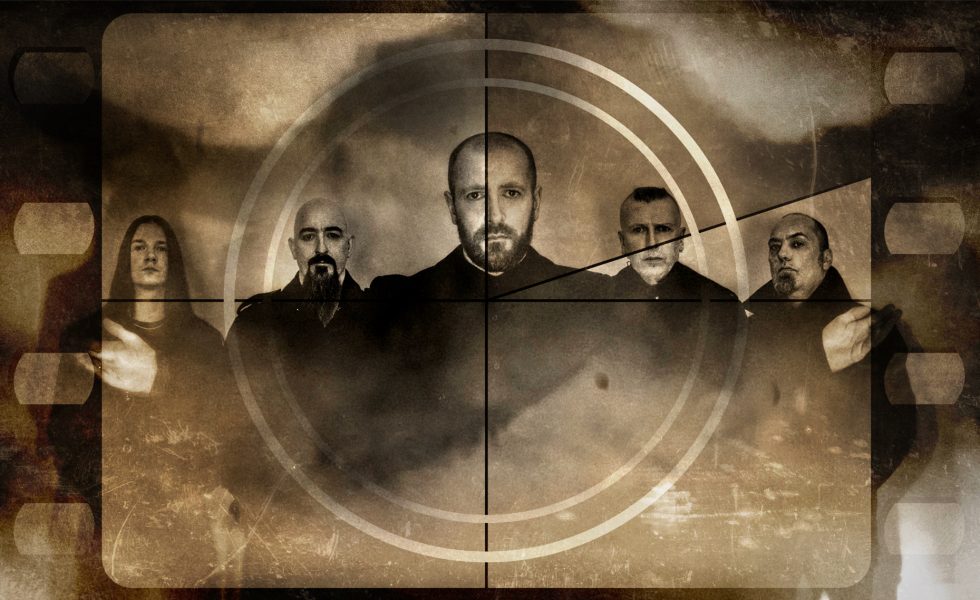 May 27, 2020 / WORDS Tom Prince / PHOTOS Anne C. Swallow / Paradise Lost vocalist Nick Holmes certainly knows his horror movies. Here are five of the best from 1971 - the year he was born.

The other week we chatted to Paradise Lost vocalist Nick Holmes. He’s a down to earth and genuinely funny guy and you should totally check out our interview.

We talked about the impending Paradise Lost album, Obsidian, out now through Nuclear Blast. Towards the end of the discussion we asked Nick about his love of horror movies and dark films in general. A few weeks prior, he’d said on Twitter: “For no reason, other than wanting to stay up late and drink wine, I’m going to attempt to watch every horror film that was made in the year I was born.”

That’d be 1971. And since Nick really seems to know his movies, we asked him to give us five of his favourites. In no specific order, here are:

Ok smartarse, Wake In Fright is not a horror movie. It’s a thriller, based on Aussie author Kenneth Cook’s novel of the same name. Nonetheless, it’s a disturbing and somewhat controversial movie, especially when you consider when it was released. Starring Donald Pleasance and Chips Rafferty (amongst others) Wake In Fright conveyed the ambiance and terror of the outback, decades before Wolf Creek convinced everyone to never, ever, drive unaccompanied through the outback.

Nick: “In the ‘90s I did a motorcycle ride across the outback. I went from Alice Springs to Darwin in three days. I stopped at a lot of those sorts places. It was fantastic and I think that fuelled my interest in anything outback-related. I see these little kind of watering holes, and you walk in and there’s these Wolf Creek-type characters, I love it.

I guess it’s the first film in the vein of Wolf Creek, obviously without the murders [laughs]. Anything set in the outback’s got me hooked straight away. I love the desolation of it.

I thought it was a really, really good film. Peter O’Toole could have done the lead role. It’s almost like [lead actor] Donald Pleasence wanted to be like Peter O’Toole.

It’s more of a psychological horror, I guess. But there are some scenes, where they’re shooting the kangaroos, where they used archive footage because the quality suddenly alters. That would definitely not make the cut now, I don’t think they’d show that at all.”

Something of a cult movie, this comedic horror sees the horrendously disfigured Dr. Phibes (Vincent Price) exact revenge on the doctors that he blames for the death of his wife. In true horror fashion, he draws on the 10 Plagues Of Egypt for inspiration.

Nick: “It’s Vincent Price, probably doing his best ever character. It’s basically a revenge film where he works out ways of killing people who crossed his path in the past in horrible ways. That was a kind of standard for horror films in the ‘70s. There was a real sort of revenge thing going on at that time.

Again, not a horror movie, but that doesn’t make the Sam Peckinpah-directed Straw Dogs any less shocking. Starring Dustin Hoffman and Susan George, it details a couple’s horrifying and ultimately violent ordeal in rural Cornwall. Highly controversial upon its release for its graphic violence, it was remade in 2011.

Dustin Hoffman and Susan George are so young in it. I was watching it with my daughter, who’s 23 and all the way through, all she kept saying was, ‘these 1970’s films are shit [laughs]’. It was remade in 2011, which I didn’t think was bad, but it didn’t get very good reviews. But the original’s definitely worth seeing.”

Blood From The Mummy’s Tomb

One of many Hammer horror productions, Blood From The Mummy’s Tomb is loosely based on Bram Stoker’s lesser known novel, The Jewel Of Seven Stars. It tells the story of archaeologists who bring the ancient coffin an Egyptian Queen (what else?) back to London–and the supernatural consequences.

Nick: “It’s kind of the first ‘crawling hand’, the first severed hand film. I used to stay at grandma’s house in the ‘70s and I used to imagine a hand coming up onto the bed [laughs] with a ring with a big ruby on the finger [a reference to the movie].

I watched it recently and it isn’t great, but at the time it used to absolutely terrify me.”

The Blood On Satan’s Claw

A British horror movie not released by Hammer Horror? Indeed. Produced by Tigon, The Blood On Satan’s Claw features dark tangled woods, pagan rituals, supernatural terror and cultist gypsies. Set in 1700s England, the vibe is reminiscent of The Wicker Man (1973), which Nick describes as one of his favourite movies.

Nick: “It’s a really good horror film. It’s not Hammer horror either. They had the monopoly on a lot of the horrors in the ’70s. It was quite risqué for its time, actually. I’m sort of surprised by that.

Anything set in Medieval times with the BBC wardrobe department for medieval clothing, it’s kind of a cheap effect, but it usually has me hooked.”