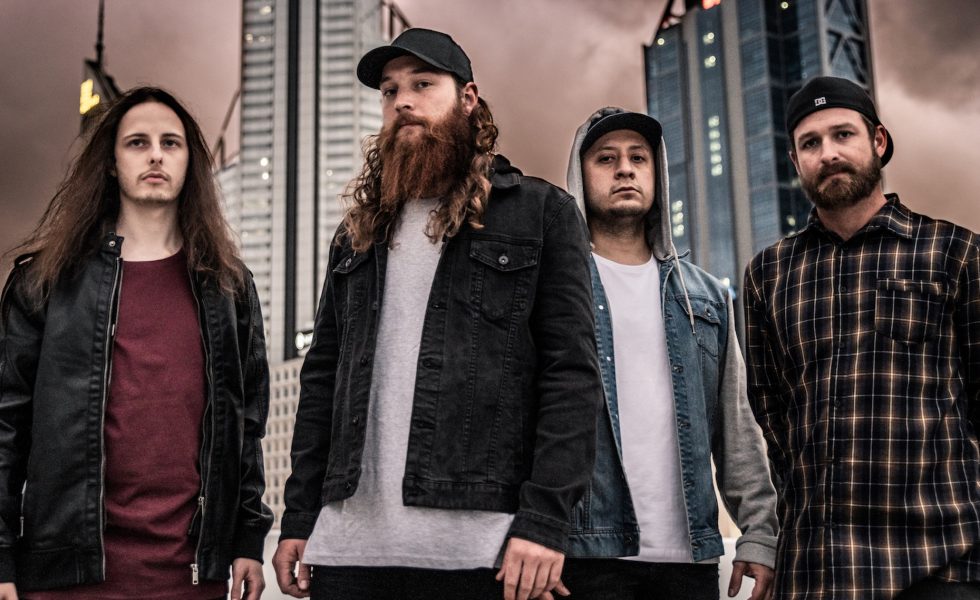 NUCLEUST // Taken By The Ocean

One of Perth’s rising prog masala metal stars, Nucleust, have big ambitions. Ocean-sized ambitions, if you will.

Their third and latest EP I Am Ocean is drowned in mystery. It marks a renaissance of the band after some turbulent line-up changes, for this Nucleust is not what it seems. Despite winning Western Australia’s 2016/2017 Heavy Metal song of the year award for Of King and Tree, there was a shift in the band. Teaming up with Nick McLernon from fellow Westerners Make Them Suffer, Nucleust stripped themselves back to the nuts and bolts. They’ve re-engineered themselves from the ground up, infusing djenty guitars, progressive metal style textures, and a renewed focus to take on Australia and the world. Talking to guitarist Max Palizban and vocalist Jayden Walker, we take a dive into the pristine and renewing waters of Nucleust to see what we can glean from this surrealist piece of dense and magical metal.

Hysteria: There’s a lot going on in I Am Ocean. Textures, layers, you name it. How did you come up with the sound?

Max: I was in touch with Nick from Make Them Suffer, like this is probably like year and a half ago, to get some feedback on my work. Nick showed interest in working with me and with Nucleust regarding creating the next you know release, which ended up being I Am Ocean.

When we got back from Europe and the Six Feet Under tour, which was the “old” Nucleust sound, I wanted to incorporate more groove, more straight-forward stuff. Nick liked the idea and he jumped on board.

And we worked together to produce the EP, and as you just mentioned, there are a lot of layers like piano, orchestra, strings. You know, even a choir sings in the background. Nick specifically is really good in these things as you can hear [it in] Make Them Suffer’s production. And helped me a lot with it, and yeah pretty much just me and Nick working on it. Jayden joined the band after we were done with producing and recording the guitars for the release.

What’s the meaning behind I Am Ocean? The ocean comes up in dreams a lot. There’s many ways one could interpret it.

Jayden: It’s got a lot of meanings. I like it to be subliminal, but I guess you can take it for what it’s interpreted by you. For the most part, its a wanting to escape away from society to the ocean. Purely to almost get away from the filth of humanity. We’ve also wrecked the seas quite a bit. It’s also kind of about escaping to the sea and easing and then the sea just engulfing the world, but being happy with that in a way. It can also be seen as a take on global warming and climate change. The deepest meaning will stay with me, though.

Colin Jeffs seems to be the music video director everyone wants! Tell us about working with him on the video.

Jayden: We all got to talking about who would direct it, we all said Colin. He’s the man. So we got him over to Perth, booked him in, flew him over. We wanted him over here. We shot the video, and we let him listen to the song, and he interpreted his on little sort of idea of what the video was. It was pretty close to the actual original, so he sort of came up with a bit of a storyline. I was like, “yeah that’s pretty good.” I wanted it to be up for interpretation, but his interpretation was pretty much that there’s this girl and that she’s wandering around sort of lost in the city, and she wants to escape away to the ocean. Away from all the traffic, and polluted skies, and in the lyrics we talk about want to cleanse from the city’s stench and stuff like that. So yeah. And that’s just a real shallow kind of idea of what the song’s about.

Max: For me it was a lot to do with how much our lives are connected to like the ocean and nature, and that’s another side of I Am Ocean as well.

For the most part, its a wanting to escape away from society to the ocean. Purely to almost get away from the filth of humanity.
[MAX]

This is your third EP, but it seems like the “first” EP with the new sound, new members. Is it hard to get everyone on the same page for a new sound and outlook?

Max: Oh, super, super, super difficult man. Like a band life is just very difficult. You know, this is something that I guess everyone that playing in bands, or used to play in bands can definitely confirm. It’s a small group of guys with passions in their private lives and everything, and as you can see it’s really hard.  When we got back from Europe first with our former drummer, he kind of noticed band life is not his lifestyle. It was a wake up call for me. I needed to look [at the band] in a different way. I had to find members who could contribute to the “new way” – new sound, new image, new everything.

Jayden: Not even just the image and sound, just the mentality overall. We’ve all sort of slogged our heart out to the scene, and sort of given up in ways. And we’ve all sort of been there and lived our lives in the background.

Max: I just couldn’t contribute to the music as I had before. My son had his first birthday recently; life’s changed a lot. I need to have a massive role as a parent. So I really needed people that could help me out with that side of it as well, and Jayden and Grom [Lofthouse, bass] both help me out a lot.

Is there a bit of an isolation factor being a Perth band? You guys obviously have a great scene. Is it a problem only if you make it a problem?

Jayden: I think if you want it to be. If you push your band in a certain ways it can feel isolating. But we had our fair share of shows, and we all choose to live here. So, I think most people just bear it over here. I don’t think we feel hard done-by. It’s a great little scene over here.

Max: It’s isolating in the financial side. If we want to tour, we have to fly. You guys on the east coast can pretty much just drive. But for us you always have this one slot to get to Adelaide or to Melbourne, you know. So it’s definitely an extra cost but as Jayden said man, like you know like the little good Perth bands as well, and we have our own good local scene here too. Perhaps it’s a live thing. We can’t play as many shows as we’d like.

You guys have been to Europe and Indonesia too, which is huge.

Max: We’ve toured with Six Feet Under, we were supposed to go to Japan. We went to Indonesia…man, the fans over there are crazy. Indonesian fans love it. There’s something about metal as a universal language. It crosses barriers, it brings everyone closer together.

What’s the next step for Nucleust? 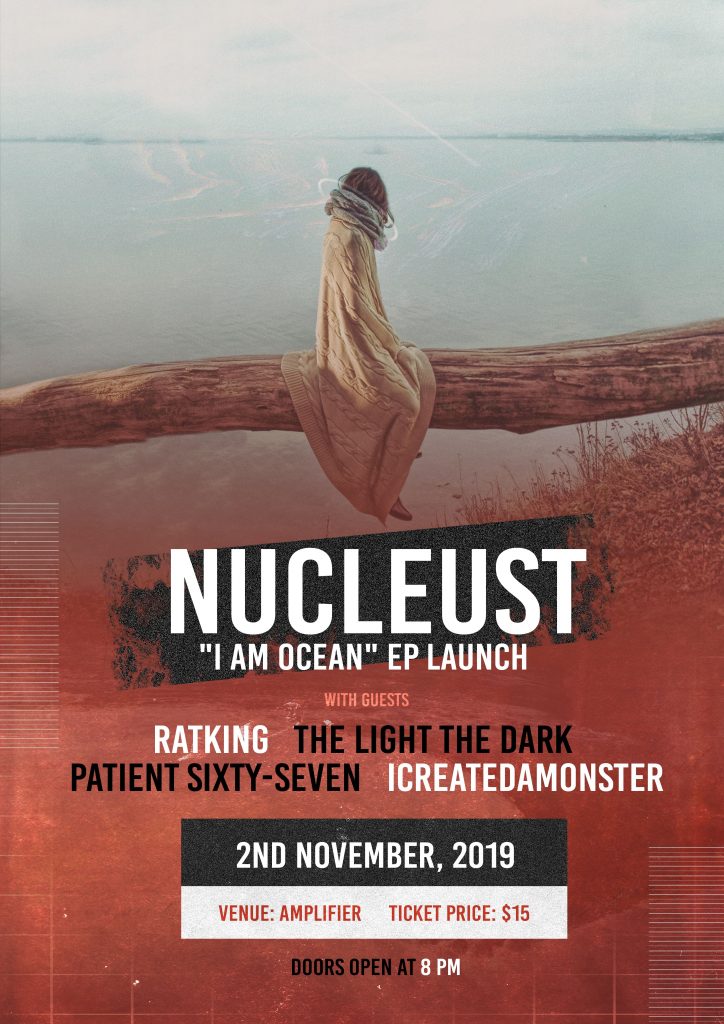