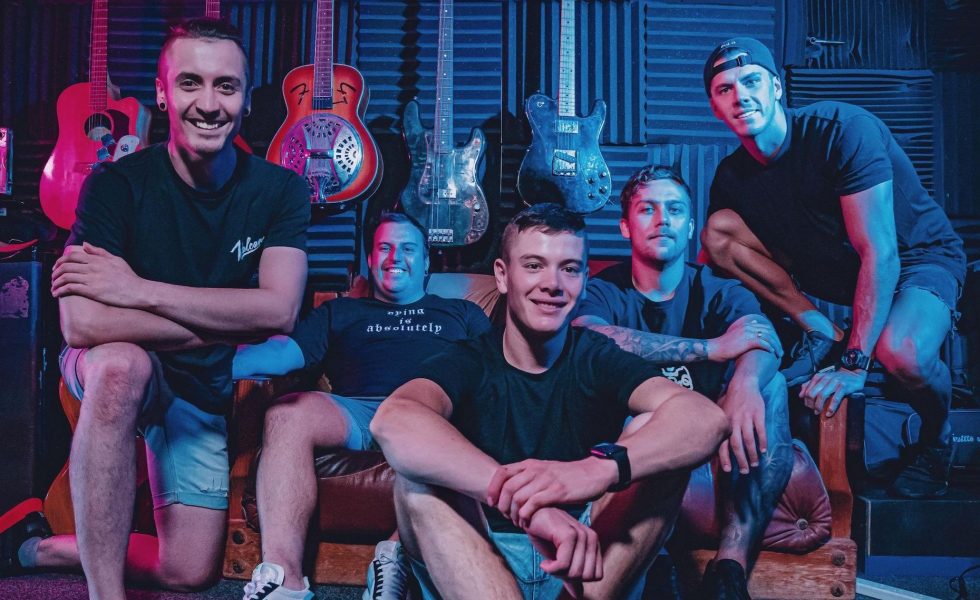 If you haven’t been following the harrowing and introspective 4-single story arc that Novus have been releasing, now is the time to get on it.

Having just released Water Under The Bridge; the conclusion to the groups extended narrative tackling addiction and mental health, Novus are finally ready to put a fullstop to this series.

“When we started writing this collection, I don’t think the journey was fully complete for our bassist John, who writes all the songs. We knew where we were gonna go, but didn’t know how to express it,” says Zac James, the group’s bassist. “They actually turned out to be four kind of moments in time of where he was at. It’s kind of just four different stages of thinking really.

“Hopeless was about kinda feeling hopeless about it and not really being too sure of where you’re at mentally. Reflect was like looking back on that and realising that, it would be alright and, you know, you’ll get through to the other side. Mythomania was like the angry side of it, and then Water Under the Bridge is letting it all go; like you’ve had that journey with all those different emotions and now right at the end, it’s done. You’ve moved on from it completely and overcome that kind of mentality.”

When we started writing this collection, I don’t think the journey was fully complete for our bassist John, who writes all the songs. We knew where we were gonna go, but didn’t know how to express it.
[Zac James]

“That’s where Mythomania started and we got a good, positive reaction out of that song and then we kind of tried to blend. those three releases together into Water Under The Bridge but, they’re all very separate.”

No surprises considering the songs where released individually as singles instead of being compiled into an EP. Something that Zac believes will remain.

“I think we are planning on leaving them as the singles. Then if we’re lucky enough than anyone relates to them,  they can listen to them in their own separate little moments of time that they’re having and hopefully it helps them through that.”

Although, that is only stated now, especially with Novus being an unsigned act. With many hoping for a hard copy release once the group gains label support.

“That’d be cool!” says Zac. “Definitely like a bucket list item for us to have hard copies and do the whole vinyl pressing and all of that. Even just to be on a label would be a dream come true.”

With some single launch shows lined up and the group already working on their forthcoming EP, it seems there is a lot to look forward to for fans of Novus.

According to Zac the new demos are still in “the instrumental stage”, which means we may still be a little while hearing them. Until then, suss the four single story arc now.

Purchase and stream Novus’s Water Under The Bridge here.