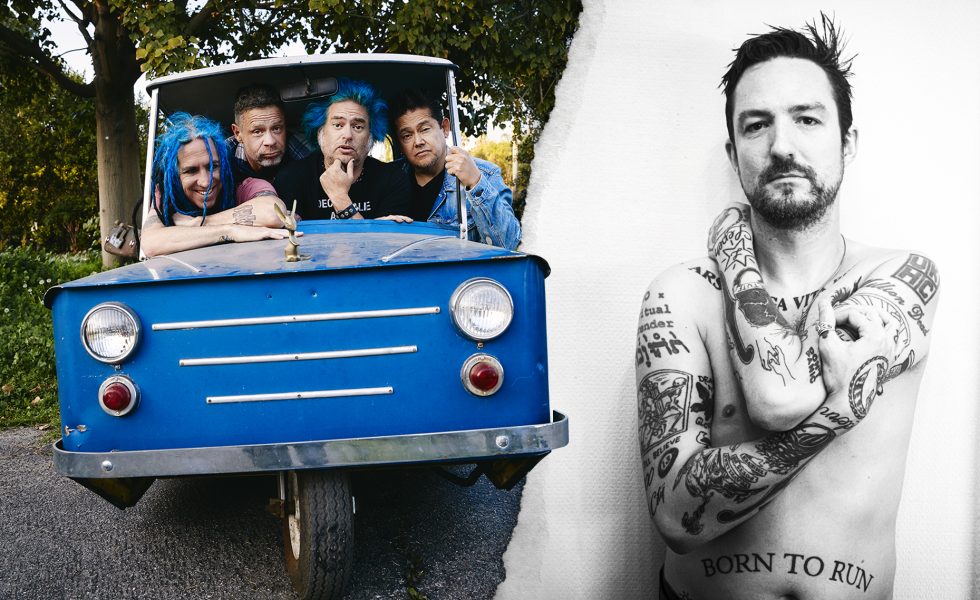 In news that’s sure to brighten up your week, NOFX and Frank Turner have announced the release of a split covers release, West Coast Vs. Wessex.

Set to drop on 31st July, 2020 on Fat Wreck Chords, it will be the first time the punk juggernauts have joined forces.

The announcement also comes with the release of its first two singles, NOFX’s reworking of Thatcher F*cked The Kids and Turner’s rendition of Bob, both available for streaming now. West Coast Vs. Wessex will feature NOFX tearing through five songs from Turner’s solo back catalogue, as well as five NOFX covers recorded by Turner.

“I listened to all his records, and I picked the ones that I thought I could make more interesting,” says NOFX frontman Fat Mike. “What I did is change a lot of chords. Frank, he beats me in the singing department. So I can’t sing better than he can, but I can maybe throw in a melody here or there or a chord that he hadn’t thought of.”

Taking a similar approach to NOFX, Turner says, “I didn’t want to just do straight covers of anything. I wanted to try and pick songs where I felt like me and my band could bring something different to the table,” he says. “But it did strike me that it would be cool to demonstrate to the casual NOFX fan, who doesn’t know who I am, that I am actually a fan. I didn’t just go to Spotify and pick the five most-listened-to songs.”

West Coast Vs Wessex is available for pre-order now.