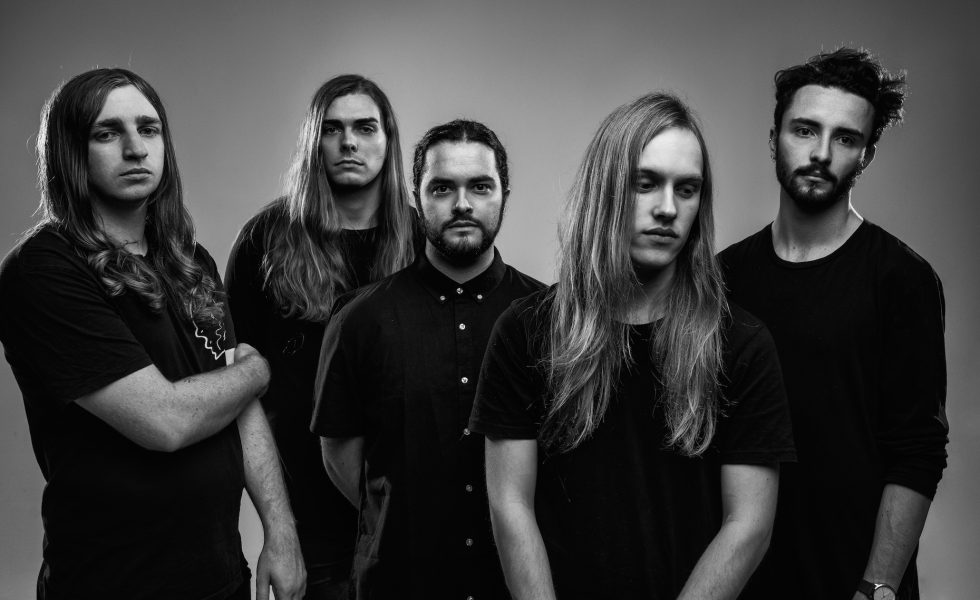 A little over twelve months ago, Ballarat prog unit Ebonivory was one of the scene’s best kept secrets.

A series of early EPs had won them a cult following among local progressive music aficionados before a break-out tour with Dead Letter Circus last year put them in front of a much wider audience. In June, the band will be issuing their debut album, The Long Dream I, the first of a two-part set. What will be essentially a double album may seem like an ambitious gambit for a young band’s first major release, but as guitarist Louis Edwards points out, the initial plan was for it to be even bigger.

“If you can imagine there being a massive Long Dream writing session and recording session,” he explains, “the original idea was to have 32 tracks split up into three (albums).”

That was before their involvement with Wild Thing Records, who suggested that a triple release might not be the way forward: “Being slightly more educated in the way of making albums and how to make them,” Edwards continues, “we’ve done a little bit of trimming. But there’s two full albums that we’ve recorded being Long Dream Pt 1 and Long Dream Pt 2 that will be released some time in the near future … probably not after a four year gap like there was between this one and the last lot of releases!”

Even taken on its own, The Long Dream I is a complex album. Involving and immersive, the music is laden with ideas and figures that bring the listener back to its central theme, wherever in the narrative they may choose to begin. While Ebonivory has lifted some tracks as singles, the album works better as a complete suite.

We as a band would definitely prefer for it to be open to interpretation to everybody. For us, art should always be defined by the person viewing or listening to it, than by the person who’s creating it, because ultimately, to some degree, that’s who it’s all for.
[ Louis Edwards ]

“The album is designed to be listened to as a unit,” Edwards says. “There are consistently thematic ideas both in the lyrics and the music, as well, that tie the music together – riffs and little motifs that pop up throughout a bunch of songs so that, wherever you might have dived in to listen to it, if you’ve heard a couple of other tunes from the album there are references to each other. With all our production being in-house, we’ve had the opportunity to go back in and consistently tweak and for older fans there’s a couple of references to some of the stuff we’ve done in the past. We do like to scatter that stuff in and tie it all together into one binding product.”

The self-referential aspect of The Long Dream is part of the overarching concept. Edwards describes this as a coming-of-age story about Ebonivory itself and the journey from an idea spawned by the creative desire of vocalist Charlie Powlett to its development into a full-fledged band, and beyond. With that in mind, the guitarist suggests that to some degree it is also something of a nostalgia trip.

“Through the unique circumstances through which this album has developed itself, there’s songs on here that have been around for the better part of a decade. There’s an innate sort of nostalgia that we feel to it already. There’s songs on there that totally stand for and represent a totally bygone part of our lives. Even before the rest of the world can see it, we’re able to reflect on it nostalgically and maybe even provide some discussion on how we feel about looking back on ourselves as the kids we were and the people that we’ve become.”

Some of the ideas presented on The Long Dream go right back to the band’s first tinkerings.

“Tales of Termina, which was single we put out a couple of months ago, the main riff on that song – the sort of silly, bouncy nu-metal one – was a riff I remember playing when I was 15 in the front room of this terrible share house and Charlie was playing drums – it was a glimmer of itself. That was eight years ago now. There’s been parts of this that have been in the works for such a long time.”

The band’s previous release was in 2016, and Ebonivory has been working towards this album ever since. The early writing and recording process was a “just getting as many ideas as we can fit on the page sort of vibe”, Edwards says, which is probably why they had plans to make The Long Dream even longer at first. Early last year, a triumphant appearance at Progfest opened doors for the young quintet, winning them a deal with Wild Thing Records. Soon after, they were on national tours with Dead Letter Circus and Circles. Being surrounded by such experienced campaigners helped Ebonivory prune their creation.

“Having those people who are a little bit external from the project musically, so to speak, having been exposed to all the amazing people we’ve been able to meet over the past 18 months, like talking to the guys from Circles or Caligula’s Horse or Dead Letter Circus and getting their opinion on everything, it’s been very enlightening,” Edwards says. “I think it’s given us a nice, second external perspective on the music itself, and aspects of it where we were able to say, ‘That’s an absolute banger’, or, ‘That’s a good track, but does it service the album in any way?’ Maybe those last 18 months have been more influential on the way the album came out than the first three years of the creative process.”

The Long Dream I is the culmination of four years of work for Ebonivory. While some wind has doubtless been knocked from their sails with the forced postponement of their US tour with Caligula’s Horse, the band are pleased to finally share their vision with others.

“Ask me in five years,” Edwards says, “and maybe, I’ll think differently, but now we’re just happy to have it out for people to listen to it.”

He isn’t even concerned if his audience doesn’t jive to the album’s concept. Beauty and art is, after all, in the eye of the beholder.

“We as a band would definitely prefer for it to be open to interpretation to everybody. For us, art should always be defined by the person viewing or listening to it, than by the person who’s creating it, because ultimately, to some degree, that’s who it’s all for.”