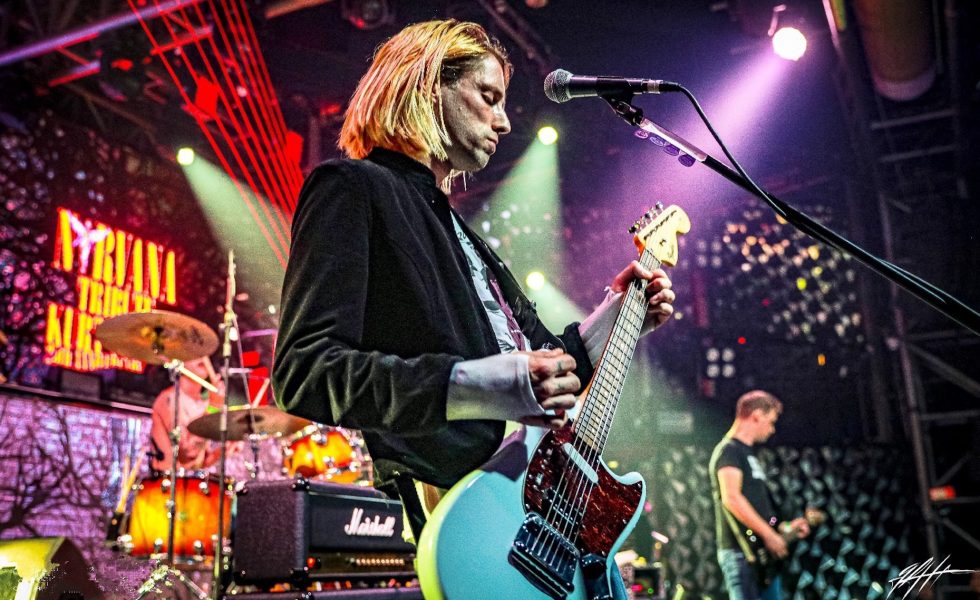 NIRVANA // Nirvana Tribute To Take Us Back To The 90’s

Nirvana don’t tour much in their original line-up anymore, and for Jon O’Connor that just wasn’t enough to satisfy the needs of Nirvana’s legions.

Nirvana Tribute have spent the last decade building a show littered with authentic touches and taking it to the world to let people experience the closest thing possible to the real thing, all for the sheer love of it.

HYSTERIA: I had a bit of a look through your videos and you guys look legit. Your voice replicates Kurt Cobain’s sound pretty well. You’ve got a very close tone to him. Is that practiced or is that something innate? Did you have to work hard for that?

JON O’CONNOR: I just open my mouth and that’s the sound that comes out of my face. Everybody asks me that. I get messages two times a week: “Is there a thing that I can do to make me do that; how do you do that?” And, honestly, I don’t have an answer and I don’t know what to say. That’s the sound that comes out. The screaming parts, I guess, I’ve built up for years and years and years, but I don’t know … you can still strain your voice that way. I can’t tell you how to sound like that.

HYS: You’ve also got really authentic gear. I’m assuming that took a lot of work, were there any pieces that were particularly hard to acquire?

JON: The guitar that I use on stage. I’ve got a Mustang guitar now; the blue one. It’s just called “Blue”, actually, and it’s the closest possible replica to the guitar that Kurt used at the very, very, very end on the In Utero tour. It has all the modifications … yeah, we really wanted that guitar. It took a while there to get a hold of that and have it just the way I wanted it.

HYS: And do you play left-handed or right-handed?

JON: I play right-handed. That’s another thing I’ve had so many questions about and people often ask me would I learn left-handed just to get it a bit closer but that’s going a bit far for me; to go all the way back to the beginning again.

I’m just trying to deliver it as best as I possibly can to really kind of push that energy that people would’ve experienced at a Nirvana concert in the 90s.
[ Jon O’Connor ]

HYS: Your shows look really polished, as much as anything Nirvana can be described as polished … how long have you actually been at this now?

JON: Ten years. I started doing this in November 2009, so it’s actually been ten years this month. The first show—I went and did that in Boston, and it just kind of took off from there. Kept going and going. Over the last couple of years we’ve really built up some steam so we’ve just been going everywhere. We think the demand is there so if people want us to go, we’ll go.

HYS: What’s your favourite album to play of Nirvana’s? What’s the one you get off on the most live?

JON: I mean, In Utero is my probably favourite album. But for me, I really enjoy playing Bleach stuff live because that was one kind of way into Nirvana when I was a kid. I mean Bleach was the first record that I heard, so when I play some Bleach tracks live I really get a buzz out of that.

JON: I think with the energy that we put into it; into the performance. You know, I’m just trying to deliver it as best as I possibly can to really kind of push that energy that people would’ve experienced at a Nirvana concert in the 90s. I want people to experience that now. I want people to walk away from our show with that going on in their head, and to have felt what they would’ve felt back then.

HYS: How are you feeling about your Australian shows?

HYS: Do you remember where you were when you first heard Nirvana

JON: Yeah, I do, actually. I was in my bedroom and I was 8 years old. I put the cassette in, pressed play and the first song came on and I was just instantly stuck to the speakers; like “What the fuck is this?!” It was just so different. I heard some other heavy stuff, and I grew up with The Beatles, you know, and I’d heard Sabbath and I heard Metallica and stuff. But this this was something completely different and there was such emotion and the role of Kurt’s voice when he screamed. It was so different, so that captivated me straight away.

HYS: I had something very similar; my older brother was into tape-trading, so I got to hear it at a really young age, just glued to a speaker like yourself.

HYS: It is. What does it mean to you to get to play these songs every night?

JON: I can’t even describe what it means to me because Nirvana means so much to me. I know a lot of people say this, but that music helped me a lot as I grew up. I was so young when I encountered it and it really did help. When I’m on stage and I’m playing those songs and I’m looking out at the people and the emotion on their face—and their response to those songs and singing those songs—it’s always touching. Each night. It doesn’t go away. I feel grateful every night, every song I start, every fan that I watch sing the words back at me … I’ll never not be grateful for that.