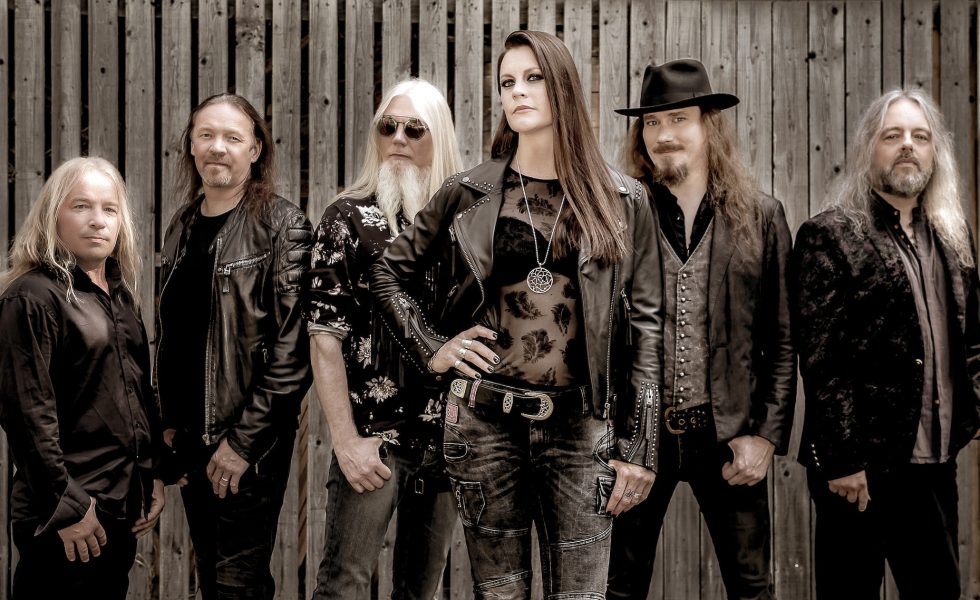 Dutch soprano Floor Jansen knows a thing or two about nature—she has a beetle named after her.

The beetle, discovered in 2018 is called the Tmesisternus floorjansenae. Originally growing up wanting to become a biologist, this is a long-held dream fulfilled. Abandoning the books, she fell into rock ‘n’ roll stardom at the tender age of sixteen; with a booming, powerful voice such as hers, it was more like destiny. If you’re into European metal even at the slightest, you’ve likely heard her: probably as a guest on an Ayreon rock opera; or on the harsher side with ReVamp, or her original band After Forever. She is true Euro metal royalty with unparalleled pedigree.

Becoming Nightwish’s permanent frontwoman over a half-decade ago, she’s made the role her very own. Tackling evolution and science on 2015’s Endless Forms Most Beautiful and now humanity and nature with HUMAN .II. NATURE, it really is like she’s taken part in the greatest show on Earth. Her Earth, anyway. Taking a call in her countryside home in Sweden as her young child plays nearby, we ask Floor about her latest opus with Nightwish. In return, she gives us her innermost thoughts on life, nature, and what’s happening to the world right now. Something we should all take heed of.

Hysteria: It’s been a long time between Finlandia for Nightwish. What have you been doing? What was the feeling finding out Tuomas had new songs?

Floor: I made a record as a project that I released, made a child, did two world tours. Of course, it was super, super nice to work on new material with Nightwish again. I knew that we needed this time to get these battery loaded for new albums of Nightwish. Tuomas did his own project, then you immediately get curious like, “what is he writing? What is he coming up with?”

Tuomas is the composer and arranger, but how do you lend your ideas to the project?

Well, yeah, he’s one that’s writes all the songs, so he has an idea of how things are supposed to become and sound like. But my input really comes in the interpretation of the songs, how to sing and what kind of emotion is going to come into this and that isn’t my way of doing things, which in that sense is unique. So that’s my contribution.

When we get to the rehearsal studio, nothing is fundamentally changed, it’s in the details really. Change a minor to a major chord. And all of a sudden something really changes. Massive inputs from Troy, Marko with me for the backing vocals or I’m more the one singing then the guys are really good in coming up with harmony. Seeing if there’s a possibility of actually doing that live instead having a lot of back and forth running along on tape. So that is something that we really worked on together and every song has a different vibe. So it comes with a different backing, vocal approach as well. Give a drummer something that’s drummed by machine. Of course when he starts to play it, he’ll play it his way and that immediately becomes different and a unique sound that you leave but no one else can do. And that’s where we come in.

This album is about humanity and how it fits into nature. Is it a different experience to get into the mindset for these songs, as opposed to what you’ve done before?

Yeah, obviously it’s different to play songs with a new album. And this surely is an album where I’ve been singing all from the get go. The difference there is way bigger than the difference in subject. It’s a bit easier to get into lyrics where you feel, where you know more about it, or you’re personally attached to the subject. For this album, for me, it’s is easier to tap into than singing about swords and dragons. Then again there are not too many of those lyrics in Nightwish anyway. Tuomas has a beautiful poetic way of telling a story and I’ve always found it very easy to tap into the right emotion of those songs.

The second part of the album is an instrumental. Well not quite instrumental; it has vocals, but no lyrics. What was your reaction when Tuomas unveiled that?

Well, we were curious forom the get go. If somebody would’ve told me 15 years ago, you’re going to be sitting in a band where the band composer is going to write a song, where the band’s not going to play everything? I would probably say that that’s a weird thing to do, but this is Nightwish and this Tuomas, his style of writing. For some reason, it made sense. In the end of course we know what he could do. So when he says something like that, we get excited. It’s not an instrumental, it’s a classical suites so there’s voices on it. I’m singing on it. There’s choir on it, but it’s not a Nightwish track as in a band track. You can call it a classical suite.

I really think this from this misery will come something good, because I think this is a global wake-up call.
[ Floor Jansen ]

You’ve been involved in bands since you were sixteen, as part of After Forever. You’ve done heaps of guest spots, been in so many bands-how have you evolved as an artist and a person?

Yeah, I guess we all evolve as a person to start with though. So you have more to tell. I’ve learned the biggest difference between myself and the younger age and now is that if I find it easier to let the emotions through, I felt them before. But to really communicate them as well, that’s a different thing to really make somebody else feel what you’re singing. It’s tricky, a fine line to cross. If there’s anything that really changed or improved in that sense, it’s that.

Now that tours are being cancelled left, right, and centre, is there any plans for Nightwish to get out on the road? Or is it all up to fate now? I can’t imagine Nightwish half-assing…well, anything.

[laughs] The band which doesn’t really do things on the spot, no. We were supposed to start a world tour last week, right after the release. We were supposed to fly to funny enough, China. First time to start a world tour where there and the timing could not have been worse, but of course, so I’m not in China. Then we were supposed to go to South America, Russia and then the summer festivals here in Europe and North America in September and Europe and North in October, November, sorry, and December. I have no idea what’s going to happen. Obviously China’s not happening, South America’s not happening. Russia’s not happening. The Netherlands at least just announced that every festival for rest of the summer will be cancelled, and I expect the rest of Europe to do the same. Obviously the U.S. is a total nightmare and I don’t think things will be peachy by the time it’s September. I just hope that we can do our European tour.

As for coming back to Australia, it was in the pipeline. For the second half of the tour. But I have no idea because everything is constantly shifting.

Have you explored doing the whole “gig from home” thing that’s becoming rather popular?

Well, no.  The way I look at it, I think, “A for effort”, but I don’t think it’s that cool. So I don’t really see us doing that, but I can imagine us doing something. It all depends on how things evolve because we already live in three different countries, so as long as we can fly, we can’t really do anything as a band together. Something like play an empty venue. So we need to really wait for a bit and I’m very happy that at least we released a new album. So we’re providing people with the best of material possible. We can’t travel to see each other, so we have to take it as it comes.

I can hear birds chirping all over the place. You must live somewhere quite nice.

Absolutely. In the countryside. Not a neighbour in sight. It’s a sunny day. We don’t get much sunshine so we have to make the most of it!

[laughs] What time is it there?

It’s about six in the evening. You?

Nine thirty in the morning. You’ve already had your Wednesday.

I have. The future…is pretty boring. But, what can you to do?

[pauses] Well, I really think this from this misery will come something good, because I think this is a global wake-up call. And I don’t mean that in a doomy, apocalyptic way, but I mean in a wake-up call that we’ve must realise that it’s a fact that we overpopulate countries, and a virus will come because that’s nature. And that it’s an amazing fact that we don’t realise, and this is way more shocking than the fact that we were not prepared for it. It’s way more shocking than the realisation of this simple fact. How can it be that we didn’t prepare ourselves for this? How could it be that not a single government on the planet has an organised protocol for these kinds of situations.

I think things will really change. We have to think a little bit harder in how we continue from this point forward because we’re part of nature. It’s what I really like with this album because it really taps into this theme, but from a loving perspective. We are part of nature, so we better start acting a bit more accordingly. Because we’re fine as long as we do that, we still are. We haven’t screwed up entirely. There’s still a chance, but the time is now, and this virus I think shows us this fact more. I don’t like the doom talking of Greta Thunberg, saying we shouldn’t have any more child births. But I do really think that for us all it’s time to look again in how we do things. Because the only way for a proper survival is that, and then there’s beauty.

That’s interesting you say that. I think a lot of people are shocked because we’ve tried so hard to conquer nature and then nature shows us that no, we really haven’t. Perhaps more people will realise that.

Yeah, I really hope so. The governments and the bigger companies really move forward with this knowledge; this was a wake-up call, nothing more. It doesn’t account for all the people that has already lost their lives from this virus. However, there is still plenty of time left to rethink our ways. 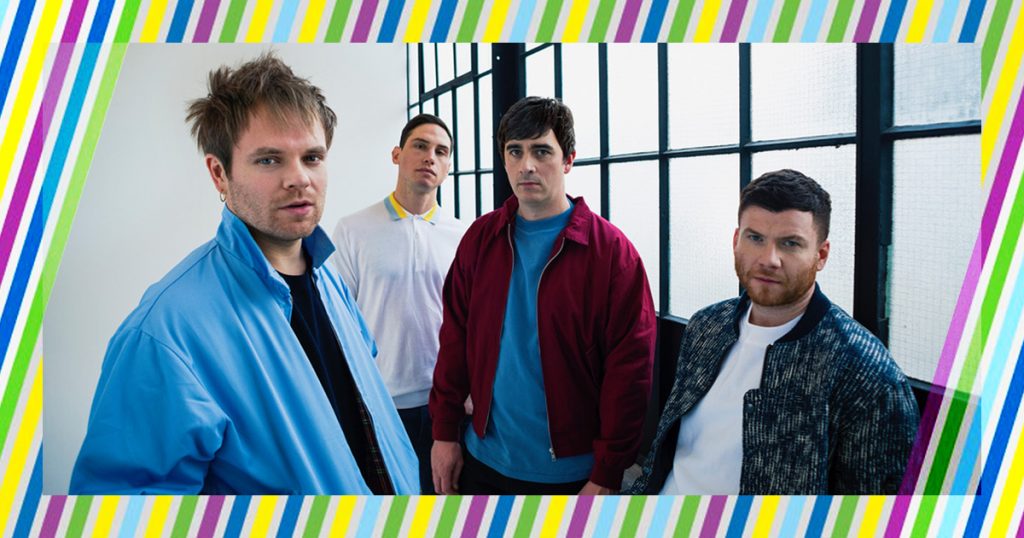