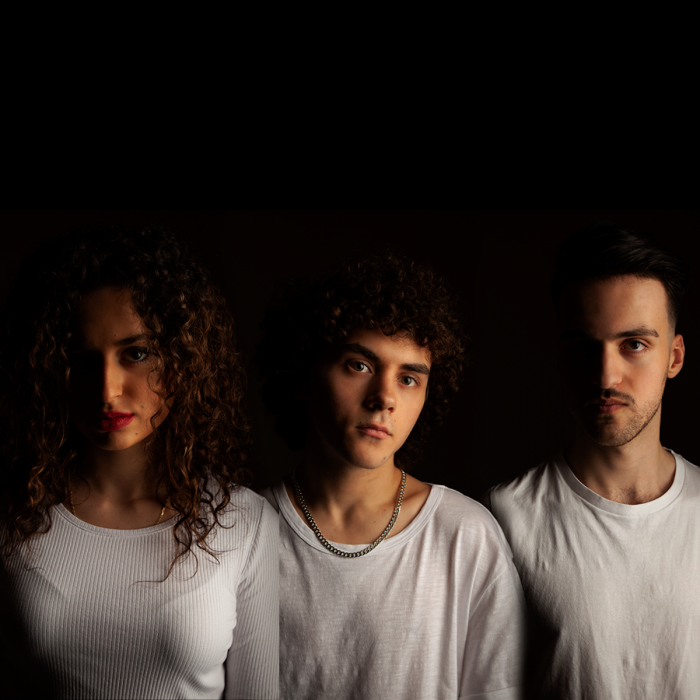 A love of music brought childhood friends Alex Tsolakis and Tarsh Piccioni together. And now, a decade later, with Michael Naish and Jack Campbell on board, they’ve emerged with New Million.

We caught up with Tsolakis, the band’s guitarist, and dug into how it all came together.

Hysteria: What got you all into music and on this journey together?

Alex: Tarsh (drums) and I have known each other since year seven and have been in and out of punk rock and metal bands since then. New Million came to be through Tarsh and myself wanting to write music with a more modern approach. Right before the pandemic, that’s when we met Michael (bass) through a mutual friend. We spent the year writing our material before recording, and then Jack joined on vocals this July.

It’s crazy you guys have really got started in the pandemic era. How’s that impacted your ability to craft tunes?

It was definitely a massive change of environment. Back when we started, we would write together in a rehearsal room, but with the pandemic, we have adapted to video calls which have become our new way of writing. We easily send files through all the time and get things done a lot faster, whereas before, we would wait until we were all in one room together. So, in the end, it turned out to be a good thing!

Sonically we merged our love for modern metal and rock music with synthwave and electronic elements. This was something that Tarsh and I wanted to achieve when New Million first started.
[Alex Tsolakis]

Congratulations on the release of LA CRUCIFIXION DU SOLEIL; give us a view of what inspired it lyrically and sonically.

Thanks! Sonically we merged our love for modern metal and rock music with synthwave and electronic elements. This was something that Tarsh and I wanted to achieve when New Million first started. Lyrically, LA CRUCIFIXION DU SOLEIL is about a world where everything is blocked out, and you’re forced to face a new challenge.

We hear you recorded and worked in some pretty exciting places! Tell us about that.

Mike Trubetskov helped us out through the pre-production stage and recording process. Whilst we were in lockdown in 2020, we crafted these songs together. We recorded them in both his studio in Richmond and at Dan Presland’s studio (Ne Obliviscaris) Bushido Studios in Melton.

We have a huge collection of songs recorded and ready to go. We will be releasing more and more throughout 2022.