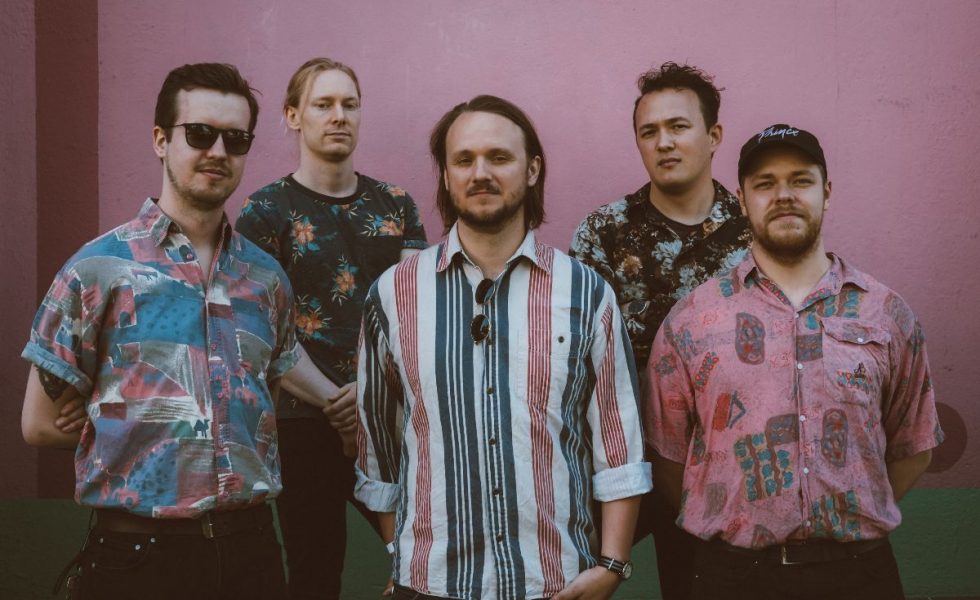 MOL // Crossing The Boundaries Within Their Diorama

“You know that meme of the cat, that says ‘artists creating new music while the world outside blows up?’ That’s sort of how we’ve been feeling with this whole lockdown situation.”

Only five minutes into our conversation with MOL frontman Kim Song Sternkompf and it’s taken one mention of a meme to more aptly sum up the chaos within which so many young bands have been operating for the past 2 years than any number of sincere press releases, songs or curated album rollouts.

However for MOL, the Danish blackgaze punks who celebrate the release of their hotly anticipated sophomore Diorama, the pandemic was just one part of a broader chaotic subtext that overshadowed the creation of their latest record, with the entire infrastructure that had given them a leg up in the over-bloated music industry nearly disintegrating from under them.

“This record really came from a turbulent time for us because, as people might know, our old label just imploded—but we really felt that lots of our fans had our backs throughout the entire debacle.”

Kim is of course referring to the folding of the bands former label Holy Roar Records, which promptly ceased to exist after founder Alex Fitzpatrick was accused by multiple people of sexual abuse.

As a result MOL, riding high off the back of the stunning success of their debut Jord, were left without an industry home or capacity to tour. And that was before the pandemic hit.

As has so often been the case in the heavy world though, the ever-consistent Nuclear Blast Records stepped in to save the day, promptly signing the band to a new deal and in the process providing them a foundation to truly stake their claim as one of the most exciting new bands of the 21st century.

“Nuclear Blast is really great for us in that sense because it has the ‘metal’ mantel but they also venture into other territories—so it works really really well for us,” says Kim.

“We love that we can be paired with both heavy and ‘softer’ bands—it works really really well for touring.

“We tend to dip into a lot of different genres without sounding to specifically like anything in particular—our drummer for example is a huge Blink 182 fan, and you can totally hear that influence in his drummer—whereas I have more respect for the ‘core’ genres—I get bored by the recipe of ‘structuring’ songs.”

Knowing the rules and knowing how to break them—that’s the core part of it for me, if I’m honest.
[ Kim Song Sternkompf ]

While there is certainly a broad range of influences present on Diorama—ranging from the frosty menace of Emperor through to the lush indie soundscapes of Slowdive—things are undeniably blackgaze, with the tropes of Deafheaven and Alcest ratcheted up to 11 across a collection of searing tracks that, for the most part, don’t overstay their welcome.

“Knowing the rules and knowing how to break them—that’s the core part of it for me, if I’m honest,” he says

One rule that seemingly hasn’t been broken (and for good reason) is the focus on themes that touch on the darker, more taboo and existential areas of life.

Indeed, MOL’s entry into the evergreen Encyclopaedia Metallum lists the band as focusing on ideas of  “sadness, existentialism and dread.”

“The movie Hereditary by Ari Aster really inspired me—it’s a horror movie of a woman who makes miniature depictions of really traumatic events in her life … that’s her way of trying to work her way through that—but of course it becomes counter-intuitive at some point,” says Kim.

“Our debut album Jord—I wrote that at a time when I had six months of sick leave because of burnout—and it made me really think about what was everything for in life?

“At the time I had just started questioning my religion—I’ve had to work through that and I’m ok now with the idea that we’re here for a blip and then … we’re somewhere else.

“Diorama looks at the world around me from this perspective—if there’s no meaning to any of this—life—then what does that mean we end up with?”

While Diorama sounds both energetic and youthful, it’s this sense of introspection that draws the listener towards Kim, and the art that he’s created—art that has crossed linguistic and cultural boundaries.

“You might not understand a single thing that i’m saying in the Danish lyrics, but I’m hoping that at the end of it all you end up with this feeling of ‘wow … that really hit something.’”

Diorama is out now via Nuclear Blast Records