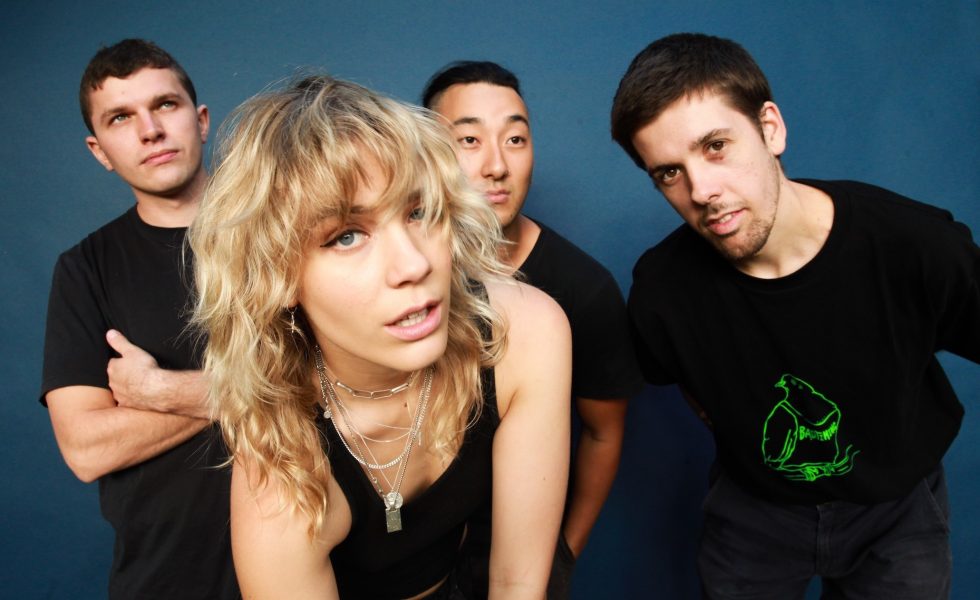 Alongside this, the DIY outfit has also shared their latest single Enemies, by way of a video directed by Dylan Pharazyn.

“The track gets at that feeling of instability in a relationship when there’s full on confusion around who your friends are or who you are … reality runs amok.” says Pharazyn. “I started to imagine this full throttle dream sequence in which a young couple bash through a bizarre night. As they find new places, they encounter strangers who at first seem normal become weird and dangerous creep characters … or ENEMIES. I felt like this erratic narrative had a powerful connection with the song—fast and heavy in a super off-kilter way.”

Miss June recently made their first trip to the U.S. and played to packed rooms across New York City and in Los Angeles. The four piece, who has been described as an unholy union between Sonic Youth and Le Tigre, has also supported The Foo Fighters, Shellac, Wolf Alice, Idles and Die! Die! Die!.

Previous to Enemies, they released a double A-sided 7” featuring singles Best Girl and Twitch. The 7” is available for streaming and purchase now, you can also grab Enemies from all good digital music outlets.