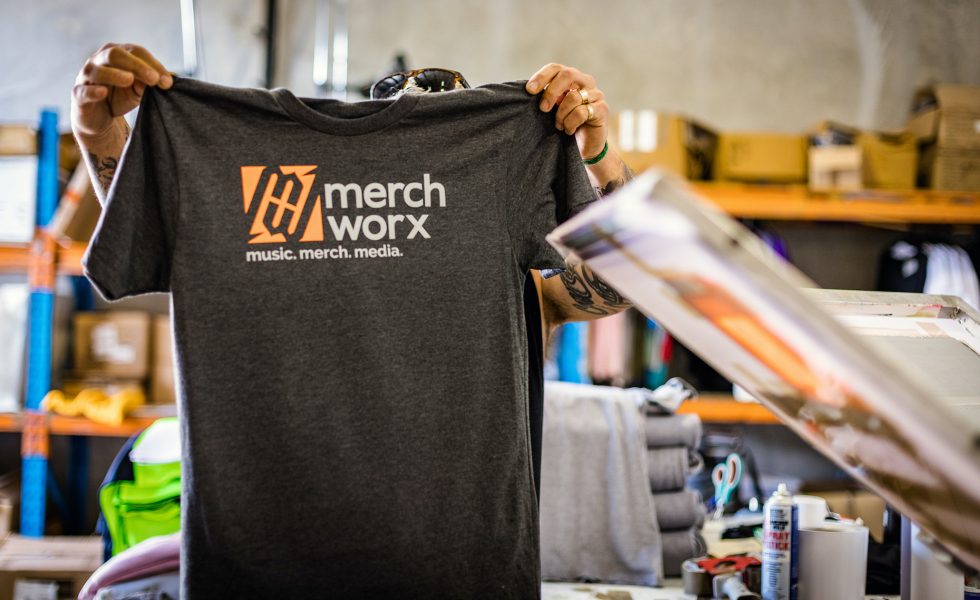 “This is why it’s so hard for bands to break through. If you focus on writing music; how do you get it out there? How do you record it, mix, master and distribute it? That’s why we have developed MerchWorx as a one stop shop to make it easy for both up and coming and existing bands to be successful.”

Take it from Merchworx’s owner Ian Kikkert. With an extensive career as a band merchandise mogul, Kikkert has been tirelessly working throughout 2020, expanding on the services MerchWorx offers artists.

“Over COVID we have used the opportunity to expand our network,” explains Kikkert.

“We employ musicians and people who have been in the industry for many, many decades and whilst we started out with merch, t-shirts, hats and different promo, we have basically moved into offering a whole range of other services.”

“From recording to video, publicists, distribution and basically everything that musicians need as a one stop shop to get them commercially ready.”

Honing in on pretty much every aspect of the music industry, MerchWorx’s new approach is one that can be utilised by artists of any size. “Our main focus is one-to-one with bands.”

“We get different bands at different stages, so depending on where they are at they can use only a part of our service.”

“For example, if a band is well established they may have already recorded with studios that they have relations with but they want some t-shirts or hats made up.”

From recording to video, publicists, distribution and basically everything that musicians need as a one stop shop to get them commercially ready.
[ Ian Kikkert ]

“Whereas other bands that may be a bit newer in the field who are wanting to figure out how to get their songs to market-we can help them there as well by sorting out the recording, video, distribution and then package that up with merch for the band to sell.”

With a focus on fostering fresh bands through the incredibly complex cycles of DIY side of the music industry, MerchWorx have also adopted options of smaller merch runs. “One of the biggest risks of buying merch is obviously the more you buy, the cheaper the price you get it for. But what you don’t want to do is buy 500 shirts, get really cheap shirts in the process but end up with 200 2XL’s that you can’t sell. It’s hard to find that balance but a lot of bands are leaning towards smaller runs, meaning they aren’t holding onto as much stock.”

“Some of our bands and customers will even do a shirt a month where they take pre-orders. So they can advertise the shirt online, get it out to their fanbase and say ‘we are doing this limited edition run in November’, they get the pre-orders and then they place the order for us based on what they have already sold-meaning the band isn’t out of pocket at all.”

Not only is MerchWorx’s new 360 degree scope of the music industry aiming to better the process for artists, it also works closely alongside the bands to find the process that works personally for them. “Our main focus is one-to-one with bands.”

“We have a network of in house experts. We do it all internally. We have screenprinters, graphic artists, web developers, but then once we get to these specialist areas like recording where you are using hundreds of thousands of dollars worth of equipment, we have partnered with studios all around Australia where we work with the studios that are already set up with that infrastructure.”

“We also have a few venues that we work with as well. Music venues that help give those bands a platform for live performances. So that also ties in with crew merch for special events.”

“MerchWorx is really for anyone in the music industry.”