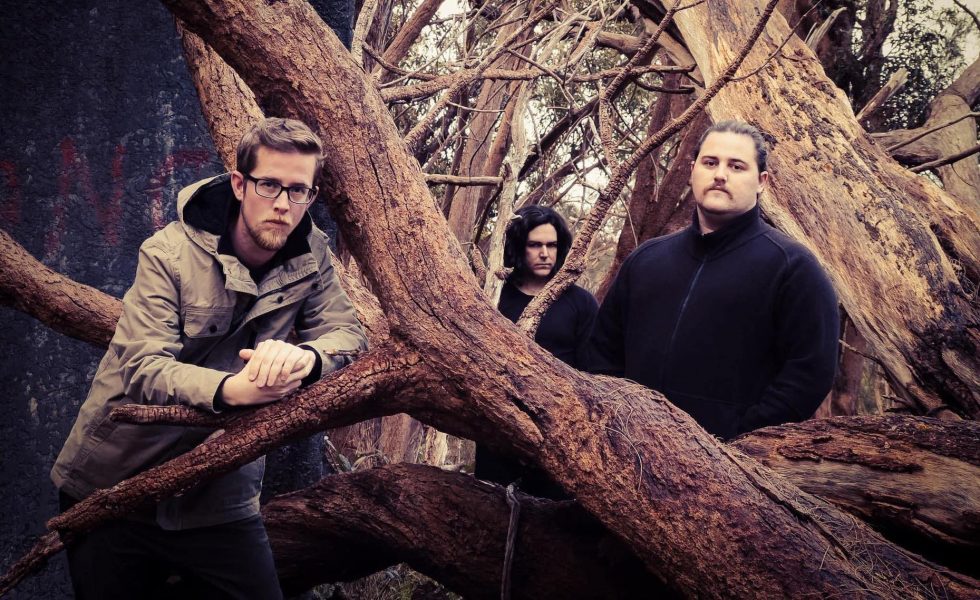 Albany might not be the first place that comes to mind when discussing our blossoming rock scene.

But Liz Dexic is flying the flag for the city, proving just how much talent we’ve got hidden in every corner of our nation. The band caught our attention with their recent single, Concede, a nostalgia-soaked number that’ll send you back to the 90s. Naturally, we wanted to know more, so we caught up with drummer Simon Blackburn for a chat.

Simon: We’re down in Albany, Western Australia. It’s five hours south of Perth, and it’s a remote coastal town. Me and some other peers had various projects going on, like rap-rock and that sort of thing. Members left and moved to Perth, which is standard in Albany. Me and Cameron (Spence, guitarist) decided to start a new project geared towards our love of the late 90s and early 2000s alternative rock and metal.

We originally had a different vocalist, Sarah Stevenson. We did a few singles together, and when she left and Clay Moir came into the fold, we used it as an opportunity to relaunch the band under the same name. It gave us a chance to evolve our sound.

What’s the story behind the band’s name?

Sarah would proudly discuss her struggles with dyslexia. We decided to use that and play on words. Not in a way that would offend anyone but in a way that would turn a negative into a positive. If you think of it broadly, it’s about rising above challenges and turning a struggle into something you can own. It is empowering.

On our first single, I wrote all the words, but with this one, we thought we’d been with Clay long enough, and it was his turn. He came up with the lyrical theme and tackled it himself.
[Simon Blackburn]

That’s such a great way to look at it. We’d love to dig into the new single. What inspired Concede?

This is our second single with Clay. On our first single, I wrote all the words, but with this one, we thought we’d been with Clay long enough, and it was his turn.  He came up with the lyrical theme and tackled it himself. He described it as the mental battle in your head when you’re dealing with people who are controlling. Or it might be someone in a position of power, like a boss or someone in your family. It might even be as high level as government control.

Concede delves into how you can experience mental anguish that you might not see on the outside but have to live with daily.

How have you found the change in vocalists?

Sarah’s vocals were more ethereal and on a higher register. Clay is on the lower to mid register with a rock, grunge edge. It pairs well with our sound and influences. In many ways, with this lineup, we feel like our sound is what it was always meant to be.

Who’d you work with to put it together?

James Newhouse of Lamb Chop in Bunbury, WA. He’s done stuff with John Butler, The Waifs and all these acts that aren’t necessarily our genre, but he was recommended to us, and we had a fantastic time. We were really pleased with the production quality and his focus on fine-tuning the instrumentation, which we didn’t experience elsewhere. He spent a lot of time just getting the sounds right instead of fixing things in pre-production. So he did all the production and mixing, and then it was mastered by Leon Zervos of Studios 301 in Sydney. He’s worked with Muse, Avril Lavigne and a huge number of acts. We have that feather in our cap to say the guy who mastered our track did all of this.

The humble brag, we’d be going off with it.

If you could tour with any band, who would it be?

Cam would say System of a Down. They’re his favourite. They’re a big inspiration for me too. I would also say Korn or Tool. Clay would just be happy to be touring (laughs). That’s the sky-high level.

On a local level, it’d be cool to open for a band like The Butterfly Effect. Or a band that’s genre-adjacent.

What can you tell us about your upcoming EP?

We’re going to work with James again. We’re looking to record/release in March and April. It’ll be a four-track EP, and we’re currently working through its first two songs. Once that’s together and we launch it, we’ll do some regional touring.

We’ll be in writing mode from now till the end of the year. We’ll also be building our live set to accommodate our big change in vocalists. In many ways, it’s been starting from scratch as Clay’s style doesn’t match our old style. So we’ll be writing, reworking past songs and just getting out there and touring.