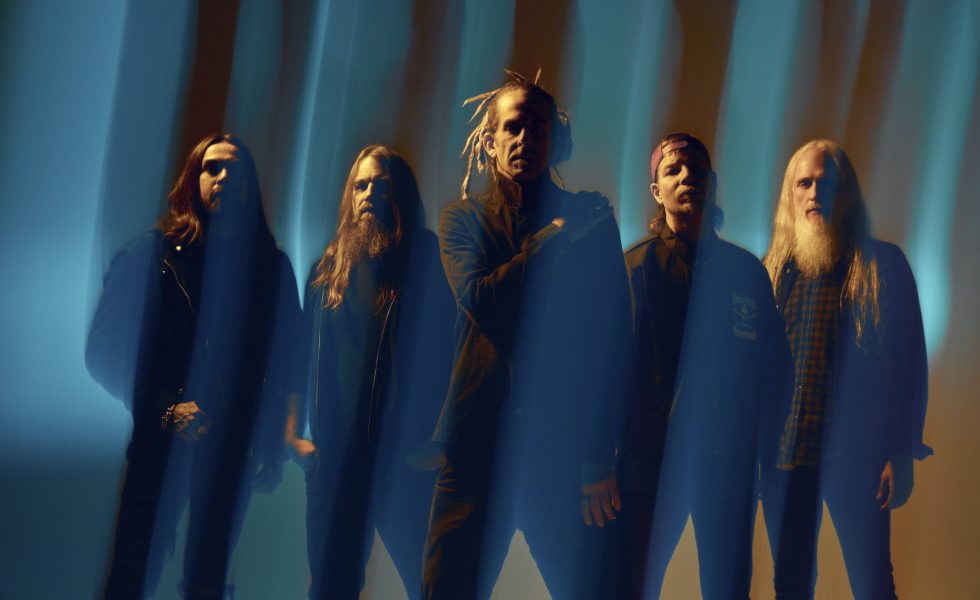 With potent and palpable intensity, the momentum continues for Omens, arguably Lamb Of God‘s most aggressive and ambitious work to date … and  the Grammy-nominated goliath unleash their third single Grayscale from the forthcoming Omens album out October 7 on Nuclear Blast Records.

Willie Adler commented on the single: “Grayscale has just a smack you in the face, bit of hardcore feel to it. We had basically finished writing the record and I wrote this song thinking it won’t necessarily be a Lamb song. I sent it to Josh Wilbur, our producer, to check out and he responded with ‘Perfect, this is the last song we need for the record!'”

Across their career Lamb Of God grew from basement shows and grimy DIY venues to arena headliners. The New Wave of American Heavy Metal architects earned a reverence akin to musical forefathers (and road companions) Metallica, Slayer, and Megadeth. For millions of headbangers, Lamb Of God are simply the most important contemporary metal band in the world, whose timeless songs became anthems in the heavy metal songbook, with gargantuan vocals born from both righteous anger and devotion, and unrivalled riffs for the ages.

The new single is available everywhere for download and streaming. The Omens album arrives on October 7, 2022, on Nuclear Blast Records.

Omens follows 2020’s self-titled No. 1 Hard Rock Album, saluted by the likes of Rolling Stone and NME. Omens is perhaps their angriest album yet. Produced by long-time collaborator Josh Wilbur (Korn, Megadeth), Omens is a vicious New Testament for the Richmond, Virginia-based band, a furious entry in their beloved catalogue. “The world is crazy and keeps changing. Omens is a reaction to the state of the world,” Blythe explains. “It’s a very pissed-off record.” He pauses for emphasis. “It is extremely pissed-off.”

The New Wave Of American Heavy Metal architects tracked Omens at Henson Recording Studios in Los Angeles, California, a location that birthed classics from The Doors, The Ramones, and Soundgarden, among others. “The inner workings of the band have never been better,” explains guitarist Mark Morton. “You can hear it in Omens. You can see it in our performances, and if you’re around us for five minutes, you can feel it.”

Fans should also check out the online experience here: https://omens.lamb-of-god.com

On the site, fans will be able to pick 1 out of 2 cards. Most of the time, selecting a card will show an “Omen”, foreshadowing lyrics taken from the upcoming album, but there will also be exclusive content, previews to upcoming releases, and more. It will be available up until album release on October 7th.