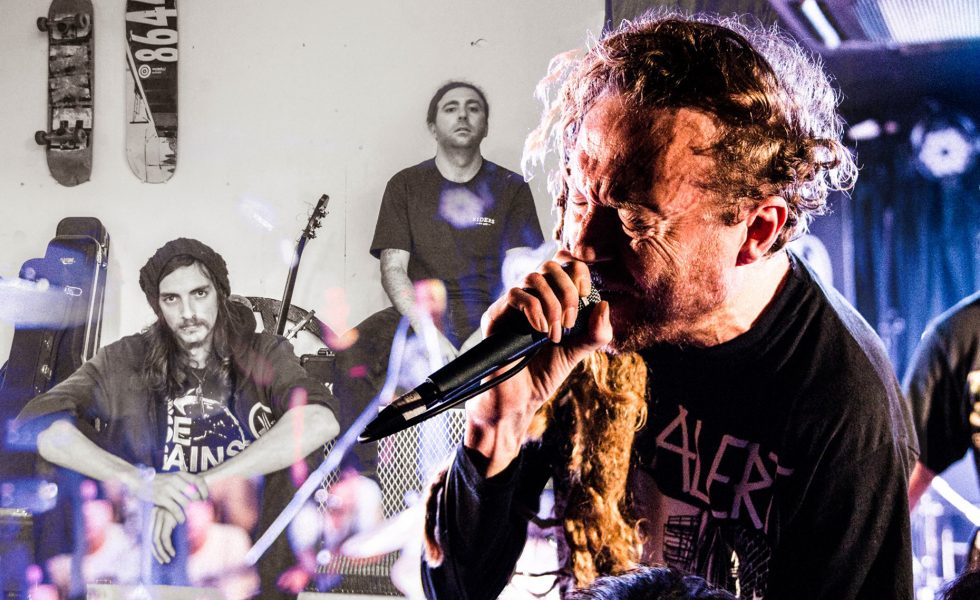 Whoever said punk was dead clearly hasn’t listened to Kids Of Yesterday.

The Sydneysiders released their debut record Escape Planet last month and we’ve been spinning it at Hysteria HQ ever since. Inspired by seminal acts like Frenzal Rhomb, the record packs an absolute punch and we were keen to find out more.

We grilled the band on their love for Frenzal and their favourite tracks-spoiler alert, there’s a whole lot of them!

It definitely wasn’t going to be the Home & Away. Almost picked 4 Litres but this song rips live. Oldy but a goody. Love that drop into the second verse.

I Miss My Lung

Proper ballad. Stoked to have been able to see this live. Good bass runs. Gloomy, except for that lovely bridge.

Memory of us both front and centre mosh on the mic with jay (‘the dread zone’) during the chorus of this tune. The Annandale was a good pub.

Meet the family was a cracker of an album. Truly difficult to pick a track but the lyrics, bass and quickness make this track the goods.

I’ve played this at a few solo shows and it translates really well to acoustic. Classic grungy angst with a hit of lullaby.

Sans Souci is another album that’s damn near impossible to pick favourites from but this song rips. Jay’s vocals are bang on and the guitars have a mean crunch.

Gordy is a proper speed demon (in a good way!). The production quality got a nice boost on Smoko and made for one of the best punk albums to ever come out of Aus. Beautiful bridge and harmonies.

Love the sound that the good Doctor pulls on the intro and the way it cuts in. Mr Foreman once again just holds such a solid beat and then whips out these stupid fills. A bit sad but a lot nice.

I rate Hi-Vis High Tea as highly as Smoko. This track is funny as hell. The ability to fit vas deferens into lyrics is pretty damn impressive.

Everyone I Know Has Mental Problems

A really nice tune that shines some light on an issue that needs some light shone on it. Melodic and epic …