JOVI SKYLER // On His New Track, Finding Inspiration And More 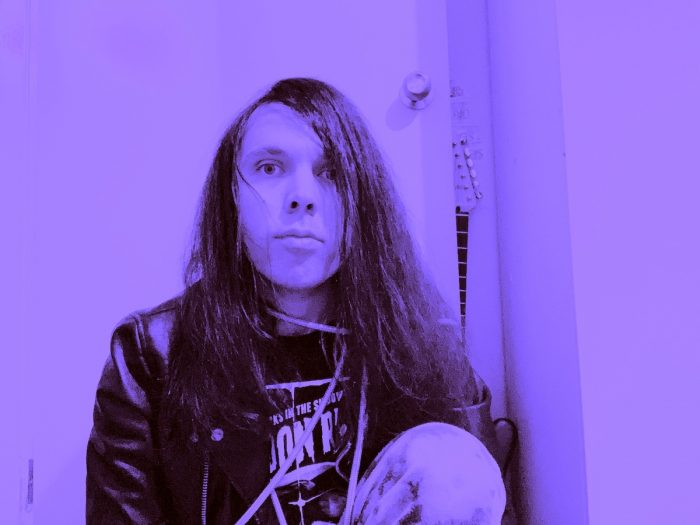 Sydney up-and-comer Jovi Skyler has made his mark on 2022 with his latest single, Got It Wrong. It’s a nostalgic number that nods to the punk and grunge acts of the 20th century, and it’s guaranteed to have you singing along.

MORE: NORTHLANE: From the lyrics to the avant-garde inclusion of trance and DNB elements, Obsidian truly showcases a new era for Northlane. // OCEAN GROVE: Another Voyage To Oddworld REVIEWS:  SIMPLE PLAN: Harder Than It Looks // WINDWAKER: Love Language // SILVERSTEIN: Misery Made Me // STAND ATLANTIC: F.E.A.R // JOVI SKYLER: Got It Wrong

We caught up with Skyler to chat about the track, his history and more.

Hysteria: Run us through your musical journey. What got you started?

Jovi: It was early Saturday morning when I went to the music store for my twelfth birthday. My mum and I met my dad at the place. My parents were divorced. He wasn’t very enthusiastic about chipping in for my birthday gift and was drunk as usual. It was a very long hour at the store, with him yelling obscenities about how everything was too expensive. I was lucky to get the guitar rather than a harmonica or something.

I really wanted the drums, but you know, it’s kind of expensive for a single mother to get herself. I got guitar lessons for six months after that, but it didn’t appeal to me playing the blues, jazz and whatnot. I recall the teacher used to play a CD whilst he walked up and down the place and swung his nunchucks around for thirty minutes. I suppose I got bored and gave up on the instrument after that.

I started playing it again when I was fourteen. The main reason was I discovered alternative and punk rock, and it spoke to me like no other music had before. I was lucky to have a guitar lying around in my room for me to use, to pass the boredom of being a teenager with terrible acne.

I wanted to express myself and found punk rock an outlet to vent in a positive and creative way. I got another teacher and told him what I wanted to learn for a few months. Then after that, everything was pretty much self-taught. So I guess that’s how it started. I focused on songwriting right from the beginning and remain dedicated to it to this day.

I suppose what inspires me is my mood. If I’m miserable or pissed off about something, that will drive the song.
[Jovi Skyler]

What inspired the new track Got It Wrong?

I suppose what inspires me is my mood. If I’m miserable or pissed off about something, that will drive the song. I like my lyrics to be abstract and cryptic. I prefer the listener to be engaged and make up their own meaning, rather than me spewing it all out for them on the dining table.

We love the retro vibes of the music video.  How’d it come together?

I wanted a big-budget rock music video for Got It Wrong, set in a high school. But I gave up on that coming to fruition and decided to do another DIY project. It was a choice between either Looking for Alibrandi or Heathers. Usually, an idea just comes to me, and then I work with it and add more. I edited the classic clips from Heathers, self-filmed my performance and paired them up.

Who are some of the bands or artists that inspire you?

Nirvana, Sonic Youth, Pixies, The Breeders, Hole, Iggy Pop and The Ramones. Sometimes it doesn’t even have to be a band or artist. It can be just a song itself that inspires you. Like The La’s – There She Goes. I reckon that’s an awesome song.

I’m hoping to record some new songs this year. Lugging around my own amplifier and guitar does not motivate me, but it might later. I’m working on another music video right now, so definitely expect another single sometime soon.