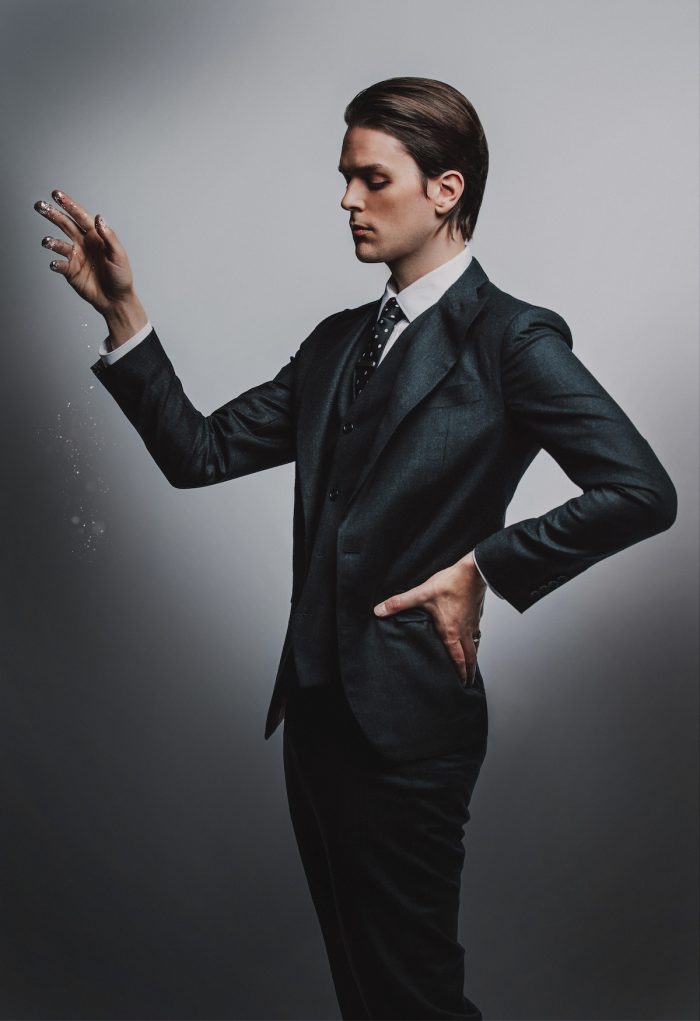 Vibe out hard to the groovy new jam Leave Me Alone by I DONT KNOW HOW BUT THEY FOUND ME (iDKHOW), the new project led by talented multi-instrumentalist and ex-Panic! At The Disco member Dallon Weekes.

The nostalgia inducing bassline will leave listeners with a very sweet taste in their mouths, while the lyrics touch one more of a salty subject, with Weekes explaining “when you’re in a toxic situation, the phrase Leave Me Alone is the last civil thing you say before things get uncivil.”

Alongside the new track comes the announcement of their debut album Razzmatazz, which is due out 16th October. The story of iDKHOW is a fictional account curated by Weekes, following a narrative where the band is actually from 30 years ago, and their music has only been released today by an anonymous source. Hopefully this means they’ll keep dishing up more funky, disco inspired tracks like Leave Me Alone.

The other half of the iDKHOW duo is Ryan Seaman, who was the drummer for Falling In Reverse for several years. Although the pair are both well known in the industry, they’ve already amassed a surprising amount of success, racking up over 100 million Spotify streams and snagging a couple of #1’s on various charts.

iDKHOW was introduced to the world at a small show in 2016 before Weekes denied its existence for months following, leaving fans scratching their heads. Not long after he gave up the secret, the duo was on tour and sharing stages with the likes of The 1975, Billie Eilish and The Killers.

Leave Me Alone is available to stream now on all good platforms.