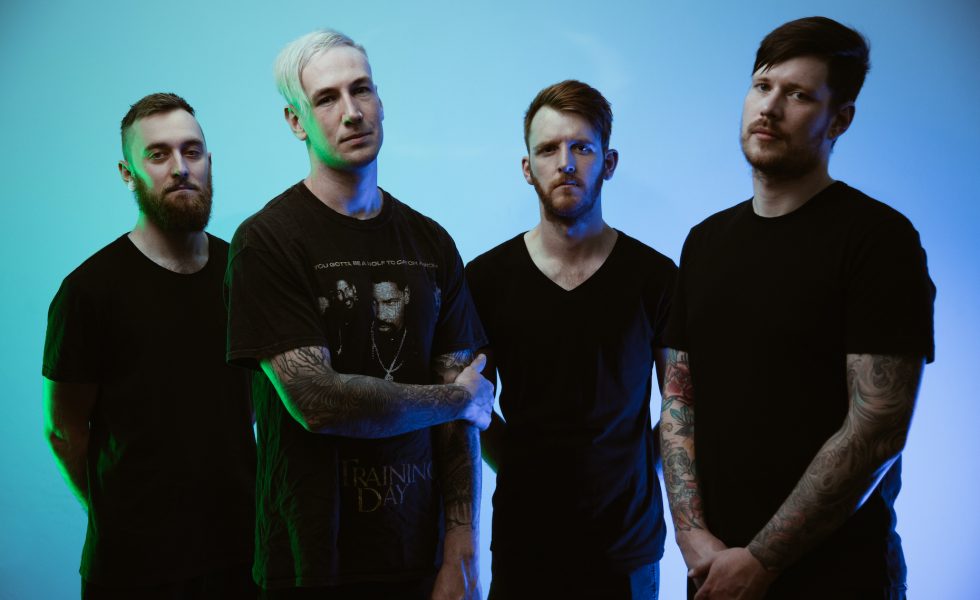 Sydney metalcore act Harroway have had a steady stream of new singles since their formation in 2019, all in the lead-up to the release of their upcoming debut mixtape, Bloom in a Dark Room.

Following on from the success of previous singles like Shine and System Era, the band recently put out a crushing new video for their latest track, Final Letter.

Unlike their previous music videos, Final Letter was self-released by the band, who took a more DIY approach to this latest release, says Harroway vocalist Matthew Banks.

“I mean, it’s always nice to try and reach people. We knew we were releasing this on our own YouTube channel, so obviously we weren’t going to get the same reception that we got with System Era and Shine, which we had a full marketing team behind, so this one we kind of did DIY. We weren’t expecting the exact same kind of results, but we wanted to see how we go doing it all on our own, and I’m pretty happy with how Final Letter has been received so far,” says Banks.

One of the heaviest tracks to come out so far from the young band, both in theme and in instrumentals, the new video for Final Letter has a pretty dark message behind it; and one that is very personal to Banks.

“When I heard the music, it was such a dark, heavy song already, and I was sitting on so much that I knew exactly what I needed to write about, and then this song had a bit of downtime between when it was written and when it was released. So, we had a little bit more time to think about what we wanted the track, the music video, to kind of show, and the boys basically gave me full reign of what the concept would be, because they knew how much I’d invested into it …

I think the kids, or the listeners, who are depressed, they feel this song. I’ve gotten so many messages from friends, fans, whoever, just random people who’ve listened to the song, who have said, like, ‘I felt this. This helped’.
[ Matthew Banks ]

“Sadly, suicide in our genre is somewhat seen as a taboo issue, but it doesn’t make it any less serious. I think some people just don’t realise how real it is, for some people who go through it every fucking day.”

While themes around suicide and depression are no doubt important topics to tackle, it’s often debated whether brining light to these issues in an explicit way could be more harm than good. According to Banks, however, there’s a benefit to shining a light on these themes that are all too often left in the dark.

“If anything, it’s more confronting to the people who don’t want to acknowledge it. To all the parents who want to brush it aside and pretend like their kid is, I mean this in the nicest way possible, normal. Like the typical fucking, no problems at all, doesn’t need to go to psychology, plays sports, is going to grow up and live a normal life type deal. Unfortunately, it’s just not realistic for every kid …

“I think the kids, or the listeners, who are depressed, they feel this song. I’ve gotten so many messages from friends, fans, whoever, just random people who’ve listened to the song, who have said, like, ‘I felt this. This helped’.”

While personal themes around mental health factor into the mixtape in a big way, there’ll still be a lot of variance track-to-track on Bloom in a Dark Room.

“The whole reason we went with a mixtape is because there’s really no connecting genre that brings it all together to make it somewhat of an album. We were trying out a whole bunch of new sounds. You’ll get your metal elitist who are like ‘It all sounds the same’, but, yeah. [Final Letter’s] definitely the heaviest song…

“All the lyrical content is pretty personal to me, as far as it’s what my mind goes through, or whatever. It’s not all about depression and that kind of stuff.”

A release that will hopefully resonate with listeners as much as it does with Banks and his bandmates, fans won’t have to wait long to hear more from Harroway.

“Bloom in a Dark Room comes out on the 1st of March, and it’d be sick if you guys could support us and suss that out, and if you haven’t seen Final Letter, you can check Final Letter.

“And on a different note, if you are struggling with any kind of things going on in your head, Australia is lucky enough that we have a whole bunch of free help lines … we’re also really lucky because Medicare is providing people with 20 free subsidised sessions on their mental health care plan. So, if you go to a GP, you can let them know that you really want to go see somebody and they can give you a subsidised session with a psychologist or psychiatrist or a counsellor, whoever you want to see.

“Definitely helps to talk to people, and they’re probably the best people to talk to.”

Bloom in a Dark Room is out March 1. You can check out Harroway’s video for Final Letter now.

If you’re struggling and want to talk to someone, please reach out for help on one of the many helplines available, including: