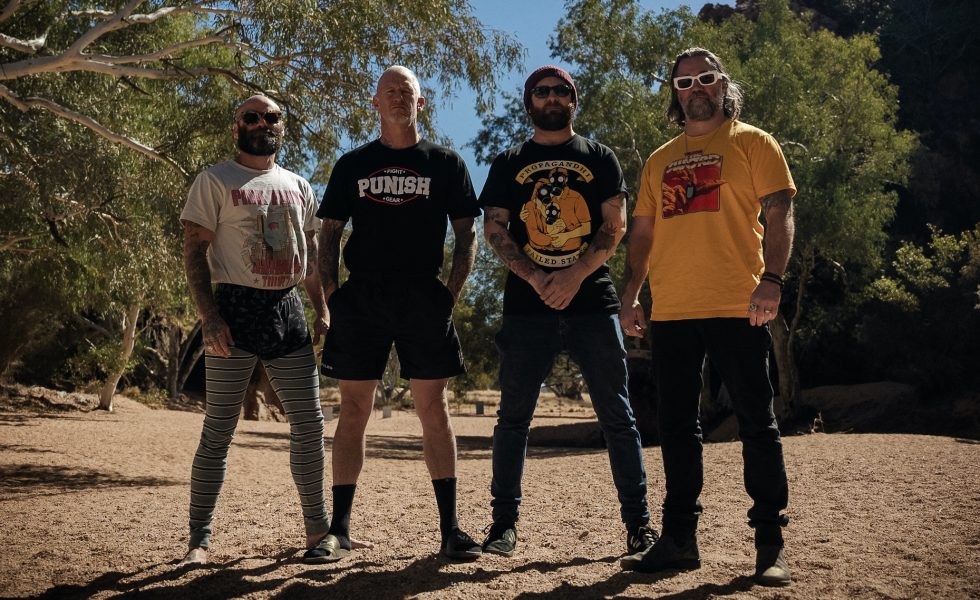 The saying goes: if at first you don’t succeed, try, try again, and that very saying could not be more apt for Northern Rivers rockers Hammers who today have announced the ‘Try Again’ Tour, aka the long-awaited tour and official christening of their 2020 EP Kicking Goals.

While it’s been a red-hot minute since the group released their sophomore EP mid-pandemic in August of 2020, the Hammers gents, much like the industry at large, faced ongoing hurdles and multiple false starts hindering to fully christen Kicking Goals live onstage over the past few years. Battling multiple COVID-related cancellations and more, the quartet have finally laced up their boots and confirmed seven local and interstate shows to close out 2022, with the ‘Try Again’ Tour officially kicking off later this month.

Kicking off the ‘Try Again’ Tour, Hammers will join Tassie legends and Hammers favourites Captives, as well as Adelaide’s Chelsea Manor and Melbourne’s Mannequin Death Squad for the Big Launnie Blowout in Launceston, with an unholy array of punk, rock and blood-pumping goodness taking over the Royal Oak Hotel for one night only. Next up, Tasmania’s favourite house party event Running On Empty will play home to Hammers at a secret seaside lounge room location in the Apple Isle, alongside a sea if local and interstate bands, including Captives once again, as well as the likes of Without Fail, Shoes Off House and Big Alcatraz.

October will see Hammers throw down at the Sonic Gravy mini festivals on the Gold Coast and in Melbourne respectively, with both events boasting some of Hammers’ Beats Cartel mates ready to rattle your bones, while Friday 14 October will see Hammers headline a night of scorching revelry at Sound System Studios Bar in Sunbury in Melbourne, alongside High as Hell, Dead Yet? and Start Your Own Cult.

In November, Hammers will lead the pack at Rock Beats Depression at the Mansfield Tavern in Brisbane, raising funds for the Black Dog Institute, Beyond Blue and Headspace alongside 30+ bands. And it just wouldn’t be a proper Aussie rock’n’roll tour without an appearance at Sydney’s hallowed Frankie’s Pizza, with Hammers closing out their ‘Try Again’ Tour at everyone’s favourite late-night dive bar.

After our trip to the Red Centre for Blacken Festival, we’ve all come back pretty inspired and pumped on band life. We’ve got a couple of surprises in store, so hope all our mates, fans and haters can come out and party with us for these shows
[ Ricky T ]

Providing a chance at long last to tour Kicking Goals, the ‘Try Again’ Tour will also offer fans a chance to witness some of the EP’s tracks live in action for the very first time, with wild tales, punk, sludge, and plenty of Aussie spitfire spirit lying in wake throughout the EP. And while absence has definitely made the heart grow fonder for both fans and the band in general, the tour ultimately offers Hammers a chance to not only close the year out with a bang, but also to add the closing touch to Kicking Goals after an extremely long wait, as Hammers bassist Ricky T explains: “We released our latest EP Kicking Goals back in August 2020, but every time we’ve tried to tour it, COVID lockdowns, cancellations and every other spanner in the works has foiled our plans. We’ve only recently been able to get back out on the road, so we thought we’d give it one more go to actually tour this bad-boi. We’re incredibly proud of it and we want to serve it some justice by playing some interstate shows. While we’re always excited to get out on the road, we’re especially pumped to visit Tassie with our brothers in Captives and the Sonic Gravy shows at the Gold Coast and Melbourne. The lineups for these shows are epic”.

Fresh off appearing onstage at the Blacken Open Air Festival in the Northern Territory over a month ago, it’s safe to say Hammers are fired up and ready to return to their natural habitat onstage. And as to what fans can expect from a 2022 live Hammers show?

“Punters can expect the biggest and best Hammers shows yet,” Ricky T concludes. “After our trip to the Red Centre for Blacken Festival, we’ve all come back pretty inspired and pumped on band life. We’ve got a couple of surprises in store, so hope all our mates, fans and haters can come out and party with us for these shows”. 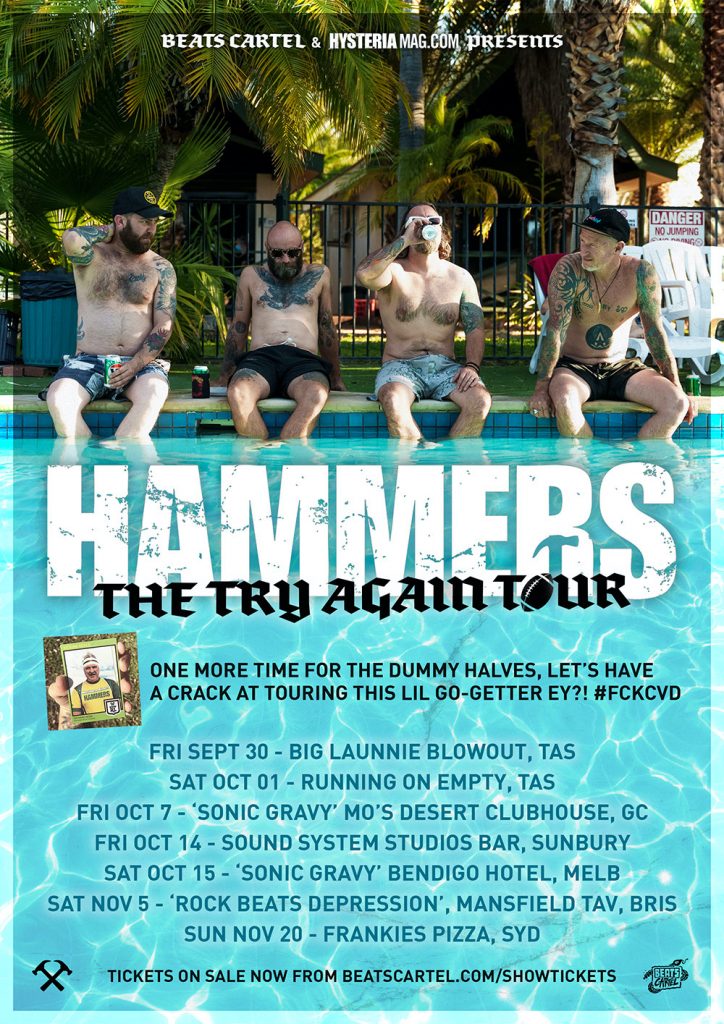