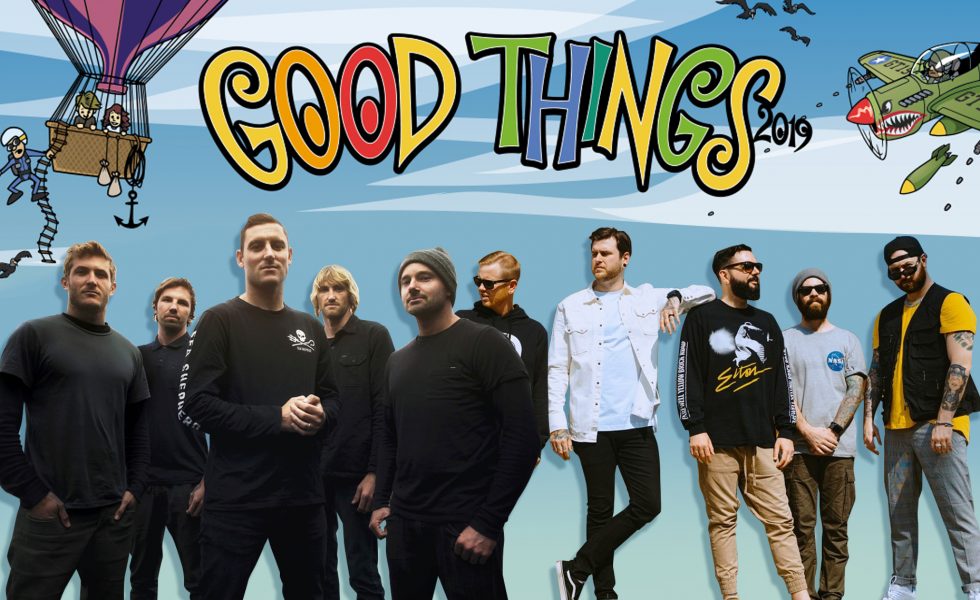 After satiating the hunger of scene kids, metalheads, punk lifers and more during its 2018 debut run, Good Things Festival is back in December for another year of alternative music domination.

2019’s edition of the summer festival undeniably boasts one of the most musically diverse lineups the country has seen in years—from pop punk anthem craftsmen, to prog-rock cult leaders and extreme metal torchbearers, there’s truly something for everyone who’s ever considered themselves to be a slight misfit.

After much anticipation and speculation—here it is:

Leading the rabid pack of incendiary bands is Australian darlings Parkway Drive, fresh off their run touring their most recent release Reverence as European festival headliners. With memories of their massive arena tour fresh in the minds of metalcore-loving punters, we’re hopeful Parkway’s prestigious pyrotechnics display will hold up amidst the piercing Australian heat.

After a 3-year Australian break, scene icons A Day To Remember will also share headlining duties. Last in the country in 2016 as part of Bad Vibrations’ headline run, the crushing live act who’ve managed to transcend generations with their conquering sound will offer up a set that spans their revered discography.

With Good Things marking their only locals shows for 2019, Violent Soho are set to deliver a dose of grunge-punk madness. Never seeming to get enough of Australia, Simple Plan will effortlessly elicit some of the festival’s most impassioned sing-a-longs with an arson of hits up their sleeves.

Having last hit the country in 2012, unstoppable punk icons Bad Religion will celebrate the release of their 17th album Age Of Unreason at the fest, as well as metalcore legends Trivium, who’ll break their 3-year Australian tour drought.

One of the last year’s most hyped acts (and rightfully so) super-duo Simple Creatures will make their Australian debut, with supergroup The Damned Things also rounding out the epic lineup. The idea of a festival that involves members of blink-182, All Time Low, Fall Out Boy and more is a surefire way to spark the most intense of fireworks in the heart of any scene kid—this is just sumptuously exciting.

Off-kilter metal is also getting a massive shoutout with the likes of Enter Shikari, Coheed And Cambria and Ice Nine Kills, who’ve never toured Australia before.

Taking things in a slightly different direction are recently revived Aussie emo-pop royalty The Veronicas, who are sure to drum up a huge amount of nostalgia, as well American glitch-pop hype-machine Poppy.

Good Things Festival is set to commence in December on Friday 6th in Melbourne, Saturday 7th in Sydney and rounding off on Sunday the 8th in Melbourne. 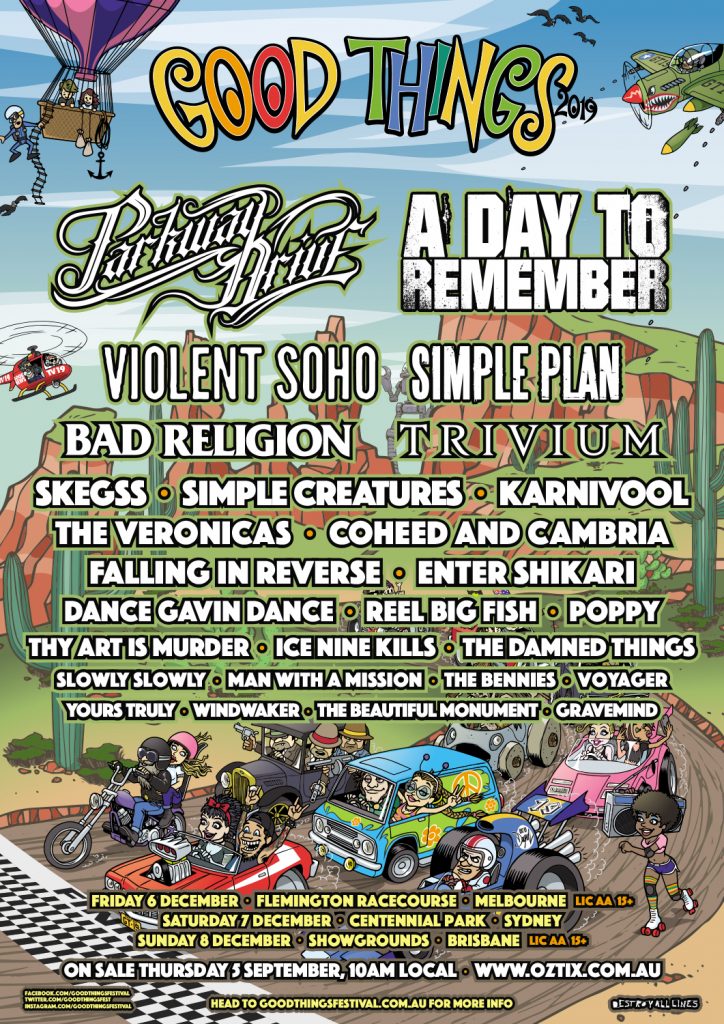