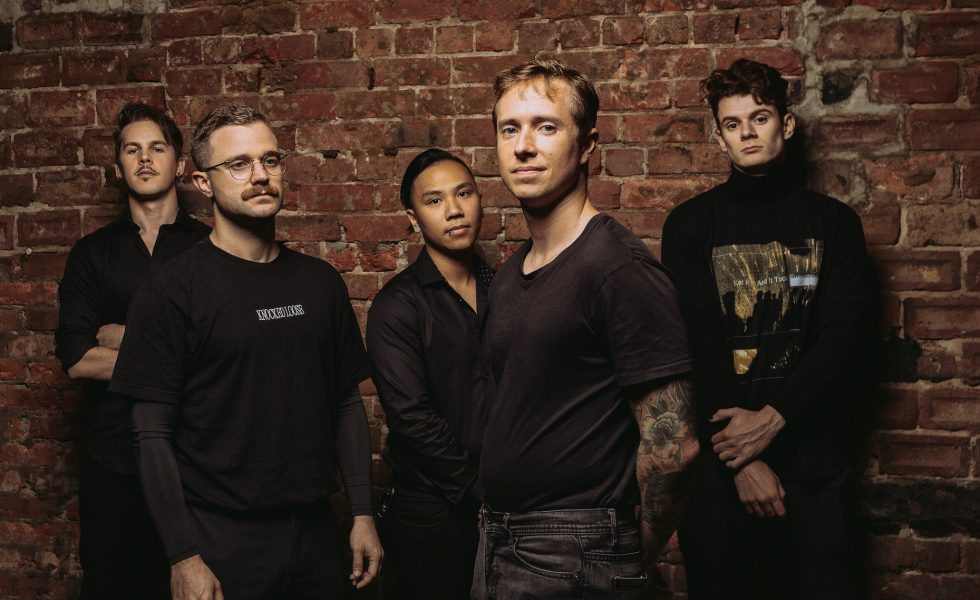 Bordering on the fringe of pop, alternative prog and metal, Glass Ocean have released the final single from their full-length debut album The Remnants of Losing Yourself in Someone Else, Almaida.

Atmospheric and reminiscent of the early 2000’s soundscape, the previous singles have been covered in reverb and synth passages, and the new single Almaida follows the trend, with acoustic guitars creating rhythm, emotional and multi-tracked vocals singing of being taken control of, and glittering synth textures that merge with phased electric guitar parts.

“Lost in malevolence and spite, sometimes we have travelled too far down a dark road for the light to turn us back. Sometimes, a taste of our own medicine is enough to wake us from the living dead into life” says vocalist Tobias Atkins.

Still, making friends with the dark will help you understand it.
[ Tobias Atkins ]

“It feels like nothing can turn you back at this point. Still, making friends with the dark will help you understand it. How it dwells inside you, feeds on your fear and insecurity. But it does not have to control you.”

Produced, mixed and mastered by Chris Blancato (Northlane) and written partly in collaboration with ex-founding member Nic Pettersen (Northlane), the album promises to continue the vibe created by the singles, with a focus on moving beyond the structures of genre and focusing on the storytelling found in Atkins lyrics.

Following performances at Progfest in 2019 and appearances alongside bands such as The Ocean, Monuments, Skyharbor, Seether, Wolfmother, Tesseract, and Anathema, the band have gained a cult following, with their videos on YouTube gaining over 200,000 views. The band has also been given the thumbs up by established bands such as TesseracT and Polyphia.

Pre-Order Glass Ocean’s The Remnants of Losing Yourself in Someone Else here.