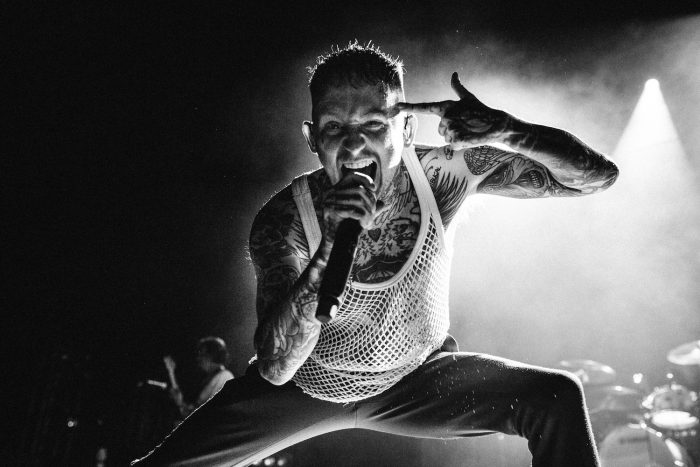 UK punk outfit Frank Carter & The Rattlesnakes have announced their return to Australia in January 2020.

The national run is the band’s fourth Aussie stint in just over two years, and comes off the back of their third record End Of Suffering. Naturally, the tour will see the band perform tracks from said record to crowds in Brisbane, Sydney, Melbourne, Adelaide and Perth for the first time.

Carter and co were last in Australia in April, supporting Bring Me The Horizon with You Me At Six and Trophy Eyes.

End Of Suffering, named after the Buddhist term for enlightenment, was recorded with Cam Blackwood (George Ezra/Jack Savoretti) and legendary mixer Alan Moulder (Nine Inch Nails/Queens Of The Stone Age).

In an interview with Hysteria earlier this year Carter said, “With End Of Suffering … for the first few records, it was about positioning yourself so that everybody knew where we’ve come from. With the third album, it’s the first time in either of our lives that we’ve been able to make a bold statement about who we wanna be in the future.”

The album also saw the band team up with the legendary Tom Morello, who featured as a guest guitarist on Tyrant Lizard King.

Outside of Australia, the band has been busy on the festival circuit,  making high profile appearances at the likes of The Great Escape, Primavera,  Lollapalooza and Reading & Leeds.

Tickets for all dates go on sale Thursday 1st August at 9am. You can catch all the details below.