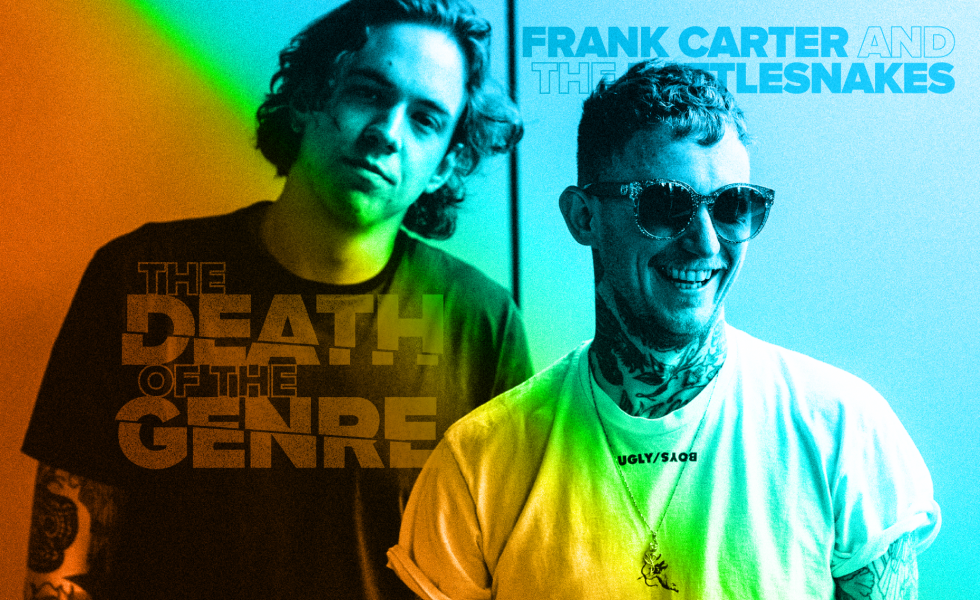 FRANK CARTER & THE RATTLESNAKES // The Death Of The Genre

If you take a cursory glance at music journalism from the last few years, you’ll find various musings and proclamations on a similar theme: ‘Rock is dead.’

Whether it’s through the advent and proliferation of streaming services as the primary from of music distribution, or the dominance and cultural significance of hip-hop within the mainstream consciousness, most tastemakers seem to agree that rock music—that bastard son of the blues and staple of adolescent rebellion for over half a century—is now thoroughly deceased, without any possible hope of resuscitation. That is, of course, with the notable exception of Frank Carter.

“The problem with rock is that it’s the muse,” explains Carter, backstage at the Brisbane Entertainment Centre during a supporting run with British pop-metal behemoth Bring Me The Horizon, as part of their recent Australian tour. “Back in the day, it was the only source of music that was rebellious and that’s why people loved it. Nowadays, it’s the muse. You look at fuckin’ everything from classical to trap to hip-hop to pop, even. If they’re not borrowing a riff or a fuckin’ breakdown, they’re borrowing a leather jacket and tattoos; they’re constantly taking from rock, since forever.” As someone who has lived and breathed rock ’n’ roll rebellion for decades, Carter knows this muse better than most. In the 2000s, it began with his tenure in celebrated UK hardcore-punk outfit Gallows, followed by a collaboration with The Hope Conspiracy’s Jim Carroll as part of English-American alt-rock band Pure Love, and now as the formidable, firebrand frontman for The Rattlesnakes—alongside lead guitarist/songwriter Dean Richardson, bassist Tom Barclay and drummer Gareth Grover. 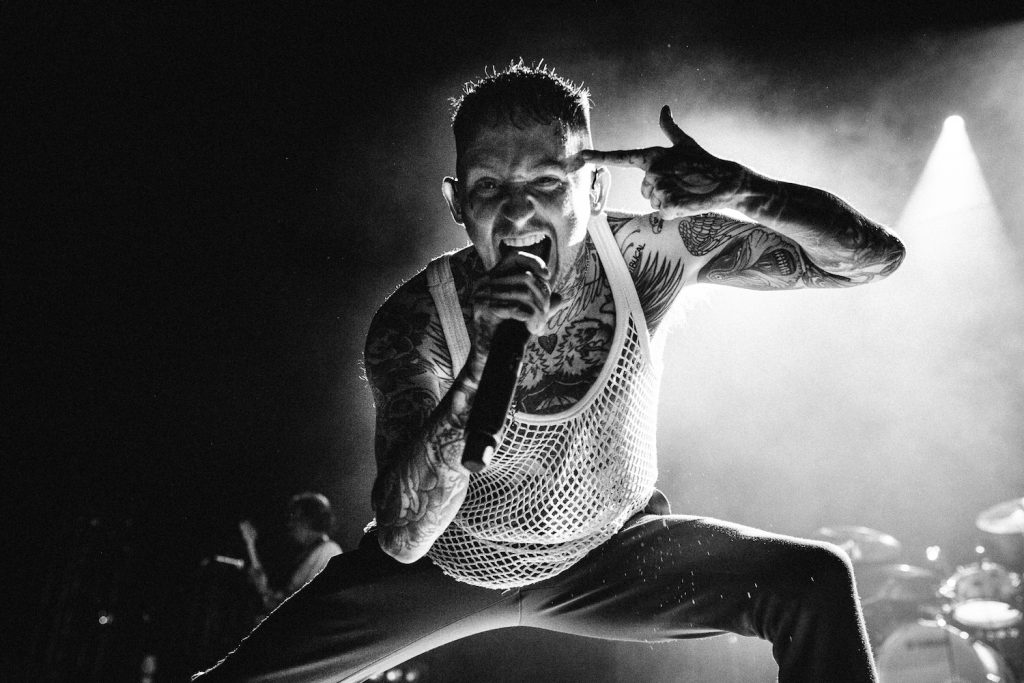 Sitting next to Carter on the couch, Richardson is softly-spoken and contemplative, agreeing with Carter’s sentiment by acknowledging that “rock is always there.” Watching the two interact, it’s clear that these men have a strong personal bond, one that extends far beyond mere songwriting chemistry and magnetic stage performances. Feeding off our discussion, Carter elaborates further. “It’s more like, how do you change rock and keep it exciting? How do you modernise rock without it being fake? How do you write rock songs that are real and true to the time as well? ‘Cause there are a lot of bands out there now, that are playing great, great rock songs—but they’re literally writing from a book; the handbook of the best seventies rock bands, or the eighties and nineties rock bands.” The conversation quickly turns to contemporary acts that Carter and Richardson both respect: artists like $uicideboy$, Ghostemane and Lil Peep; acts that, while controversial from a traditional rock standpoint, remain hugely successful in today’s musical climate. As Richardson rightly points out, Texan rapper Post Malone—a polarising figure, described by The Washington Post’s Jeff Weiss in a scathing live review as “a rhinestone cowboy who looks like he crawled out of a primordial swamp of nacho cheese”—is arguably “one of the biggest rock stars in the world now.” In 2019, acts that were once on the fringe of the mainstream vanguard, relegated to uploading bedroom demos to platforms like Soundcloud, before the temptation of major label deals came calling, are popular today because they’re rewriting the expectations of what rock can be. “It’s because they’re taking every aspect of all the genres of music that they like, and they’re pouring it together in a melting pot that is real and new, and I feel we’re doing that as well,” says Carter. “Because rock is real; it’s fuckin’ pure. It’s been there forever and it’s still the constant.” 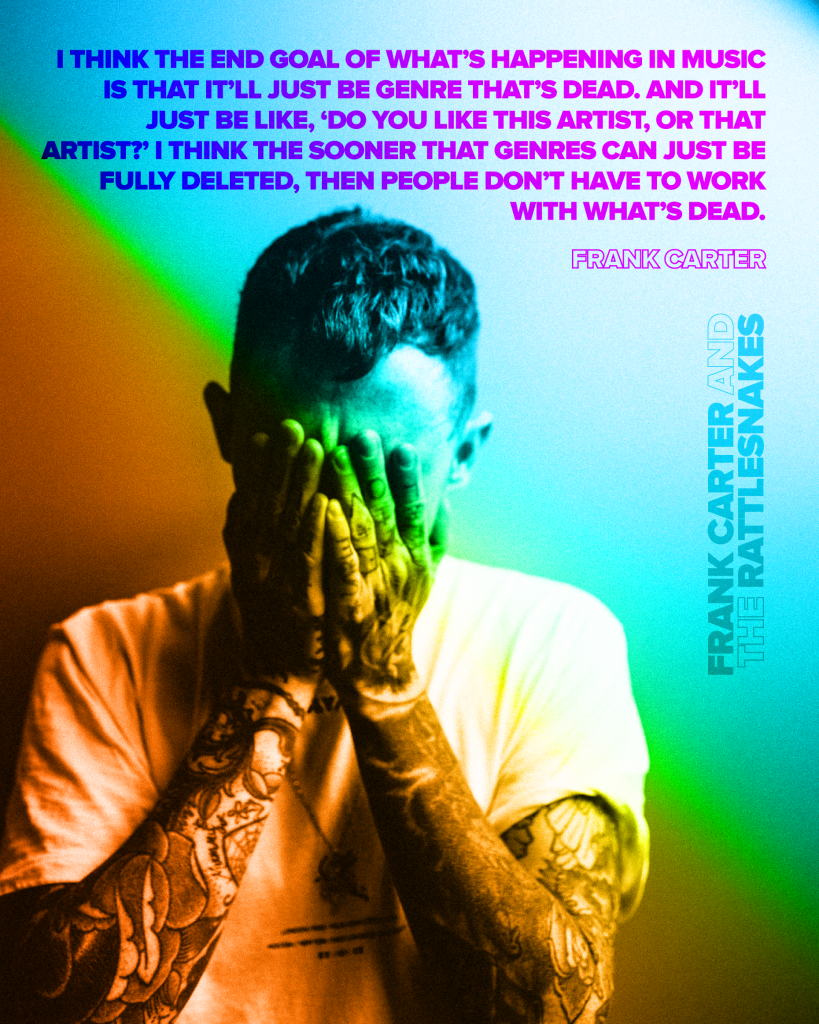 One only has to look at what Carter and The Rattlesnakes have achieved in four short years, to see the power of that purity in action. In May this year, the group will release their highly anticipated, third full-length album, End Of Suffering—a title which draws from the Buddhist notion of Nirvana, as a source of personal liberation, freedom from desire and a state of pure enlightenment. The record follows on from the group’s incendiary debut LP, 2015’s Blossom, and its simmering follow-up, 2017’s Modern Ruin. Known for their rabid fanbase and intense live-shows, the band have steadily risen in profile and already reached some awe-inspiring goals in their home country: including, a phenomenal, sold-out performance at the famous O2 Brixton Academy, playing alongside rock icons Foo Fighters at London Stadium, as well as annual slots at The Reading and Leeds Festivals. In mid-2018, at Resurrection Fest in Spain, Carter joined Prophets of Rage—a supergroup featuring legends like Tom Morello, Tim Commerford and Brad Wilk from Rage Against The Machine, Chuck D from Public Enemy and B Real from Cypress Hill—on stage to perform RATM’s classic hit, Killing In The Name, a truly one-in-a-lifetime experience which seems to have fostered a growing artistic partnership, with Morello lending his signature groove to a track on the upcoming Rattlesnakes record. 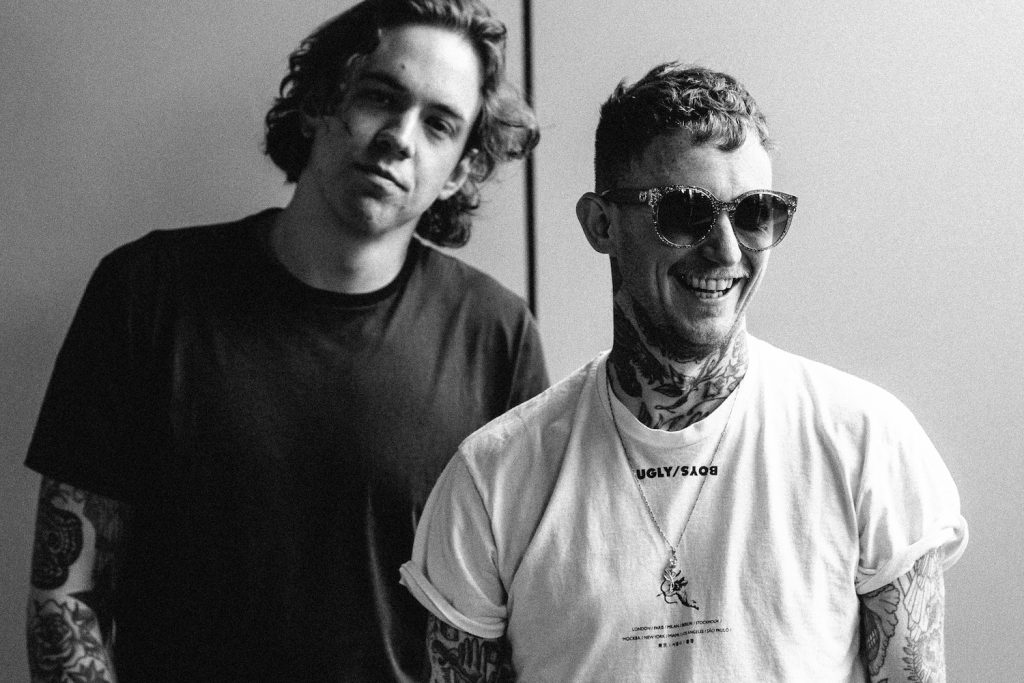 “With End Of Suffering … for the first few records, it was about positioning yourself so that everybody knew where we’ve come from,” says Carter. “And with the third album, it’s the first time in either of our lives that we’ve been able to make a bold statement about who we wanna be in the future.” Listening to End Of Suffering, it’s evident that The Rattlesnakes have embraced a more-complete synthesis of their hardcore roots and alternative aspirations. “The moment you try and create something that sounds like something that you like or pre-plan, I think everything just gets watered down and you sort of shut down those creative instincts,” says Richardson, describing the band’s writing process and walking the fine-line between creativity and homage. “That’s when you start to sound like other bands, as well. ‘Cause you’re trying to emulate something.” At this notion, Carter nods affirmatively before adding that he considers any overt creative consciousness as a form of ‘immediate misappropriation’. “The minute there’s like a conscious idea of influence, it’s game over. ‘Cause you’re already referencing things that exist in the world. Whereas, with this album, it was very much like we had some lyrics, we had some riffs. We’d sit down like this on a couch, Dean would play until I heard something in my head, and then I would just say ‘keep that’,” explains Carter. “So, I think as far as a departure or a bold move goes, we’ve always tried to make bold steps and we’ve always tried to make big leaps.” Richardson backs up this point by differentiating End Of Suffering from their previous records. “I just feel like this time we had a lot more tools to do it. The more we write together, the more we have that confidence.” With an infectious laugh that borders on nervousness, he quickly adds: “I think for Modern Ruin, we tried to have that bold statement, and now it just seems to have come across bolder this time.” 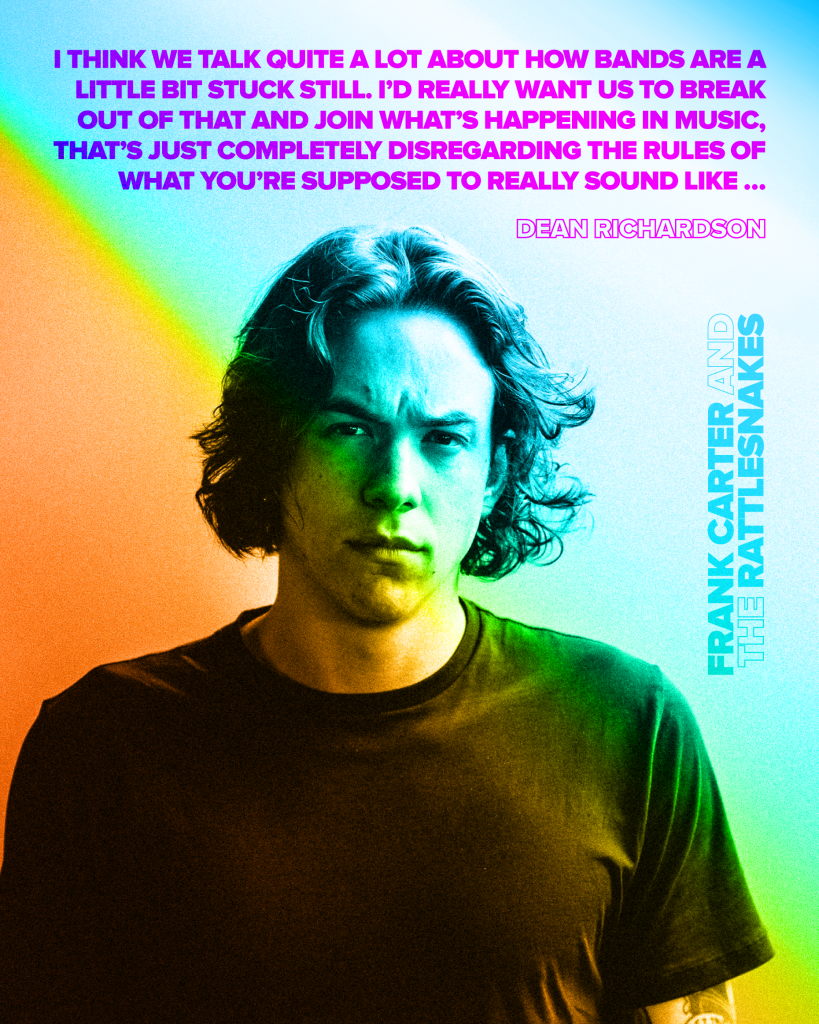 With The Rattlesnakes coming off a recent whirlwind European tour, the band have been using their live-show as a “celebration ground” for the End Of Suffering material, playing many songs that have yet to be released to the public, alongside pre-release singles like Crowbar and Anxiety. “It’s been incredible. I’d say that’s probably the most exciting thing that’s happened this year for us,” says Richardson. “It’s like, I remember the first time we played songs off Modern Ruin and Blossom, and it feels really different from the ones from End of Suffering. The reaction is like these have been out for months.” When asked directly about the crowd reaction, Carter explains that it’s been business as usual, a.k.a. absolute chaos. “We were playing songs for the first time for people, right? And what you have to understand is that when you said, “What was the reaction?”—there was no difference. From fucking Juggernaut to Lullaby to Heartbreaker. That’s fucked; that’s mental. It’s crazy.” And while that type of reception might appear as cocky and self-assured to some, it’s clear that neither man is a slave to their ego. “The thing that makes me, like, nervous and excited, is if people can react to the new songs we’re playing like they are now,” admits Richardson, with an anxious laugh. “I think people can tell if you’re someone who’s genuinely, really that authentic; the energy is the same as what they want. With the new songs, it’s us at our peak. So, I think we owe it to the people that come out to see us, to play at our peak and the new songs are the way to get there quickest for us.” Talk then turns to tonight’s set and their first time playing to stadium-sized crowds in Australia. “I’d say that I’m more nervous about tonight than any gig I’ve played in a long time, because we’re opening with the first track off the album,” Carter declares, ever affable and humble. “We’ve never played it live, and it’s to a massive crowd. It’s just a very different approach for us, but we decided that we’ve got three gigs left before our album comes out and they’re all here. Australia’s been great to us, so why would we not just be like, ‘Let’s give you something bold’.” 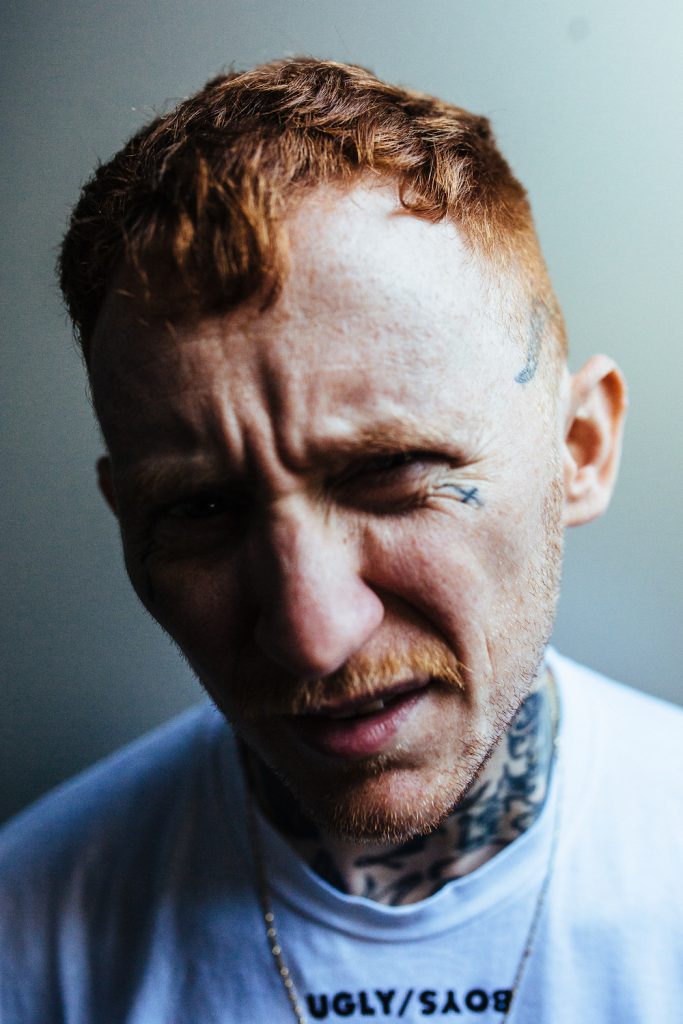 Returning to the state of rock music today, our conversation ventures into the future to ponder what lies ahead for The Rattlesnakes. Ever the cheeky bastard, Carter throws a devilish smile and quips: “For me, it’s album four.” However, despite the laughs, there’s still an air of importance to the group’s overall mission statement. “I think we talk quite a lot about how bands are a little bit stuck still. I’d really want us to break out of that and join what’s happening in music, that’s just completely disregarding the rules of what you’re supposed to really sound like,” says Richardson, with a tone of verve and optimism. “For me, our next step is trying to really disrupt how bands should exist in this music scene, and that shouldn’t just be the same as all the other rock bands.” Echoing his earlier sentiments, Carter emphasises the need for unity and solidarity, and how ideas of community can help to strengthen even the most of rebellious of cultural movements. “I think promotion across the board of people that are just doing good stuff is … healthy for the scene. It’s healthy for the kind of hive mind that punk rock is,” says Carter. “We just keep challenging ourselves. That’s all [you] can do as an artist, is just keep challenging yourself, keep challenging your fans. The minute you get comfortable, you start thinking about what you can do to, like, rock the boat. ‘Cause we’re all punks at heart.” Never one to mince his words, Carter proves that bold statements aren’t just for their music, as he throws some apocalyptic prophecy into the mix. “I think the end goal of what’s happening in music is that it’ll just be genre that’s dead. And it’ll just be like, ‘Do you like this artist, or that artist?’ I think the sooner that genres can just be fully deleted, then people don’t have to work with what’s dead.”

Read our End Of Suffering review