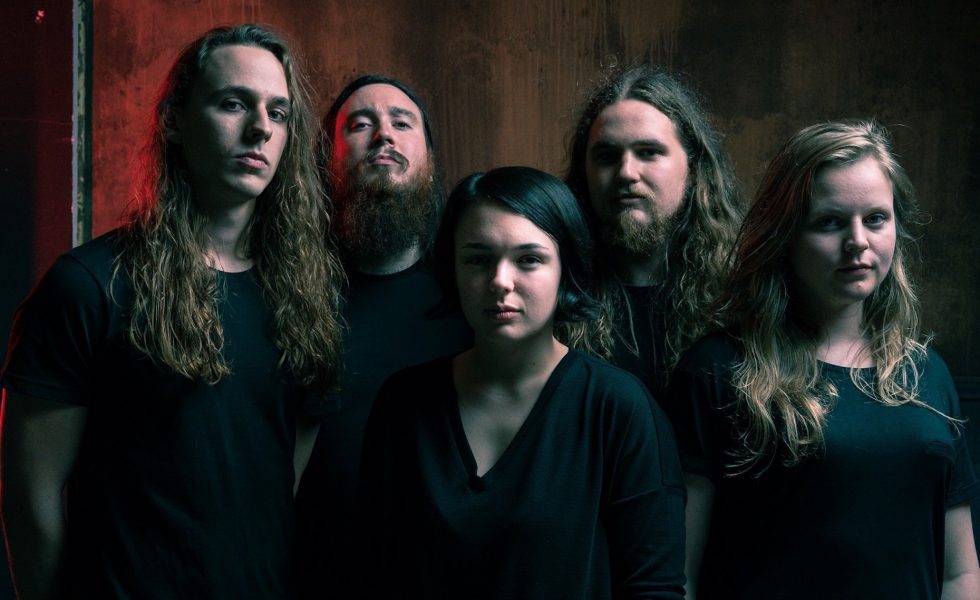 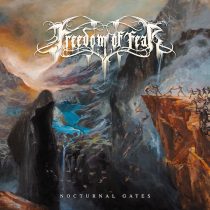 Hailing from Adelaide, this captivating five-piece formed in 2015, and late that same year released their debut EP Kingdom Of Ashes. Now with their debut full-length album, Freedom Of Fear has a revised lineup including new vocalist Jade Monserrat and a refurbished technical twin-guitar shred approach. The result is an impressive debut album from a band that has a vast capacity to produce innovative technical melodic death metal.

Nocturnal Gates showcases an interesting collection of stylistic influences centred on melodic death metal, infused with progressive tendencies and commitment to the tech end of the former. Monserrat’s blackened vocal style and dynamic shifting from energetic technical flourishes to moody ambient phases is reminiscent at times of Gates of Ishtar or Uada.

Nocturnal Gates will blow the minds of technical blackened melodeath fans with a refreshing and skilful take on a challenging genre.

For Nocturnal Gates, Freedom Of Fear graduated to dual lead guitarists and this has been a fantastic move, Matt Walters and Corey Davis are an exciting duo that shines from the opening track The Consciousness Of Misery, throughout the album. The Abstract Venom comes through with more bite, before shifting mood to a darker space. Again the guitar solos, interchanging from wailing screamers to lively fretboard adventures, is astounding. The advancing and receding pulse of this track is spellbinding and not too theatrical, even as it moves into an unsettling interlude with whispered spoken word and a bold sequence of almost militant progression. The tail end of this track is tough too, showing that Freedom Of Fear can throw some weight around; the chunkier riffs of their earlier EP are still here, in perfect doses.

There is definitely a sense macro-concept running through Nocturnal Gates, which is reinforced by two shorter segue pieces that create a kind of narrative structure in the vein of bands like Insomnium. Monserrat levels a powerful performance through in Purgatorium, which reveals Freedom Of Fear’s much-developed architectural approach to melodic death metal. This impressive track moves into a profound atmospheric blackened sound and a gorgeous, impressive extended solo of exquisite tone. Nocturnal Gates closes with Freedom Of Fear’s 2017 single Amorphous, which is quite eclectic overall but engagingly done, mixing it up with a punchy bass driven section and innovative use of leads and rhythm to conjure up an Agalloch-style soundscape.

Individually each track on Nocturnal Gates is very sophisticated and masterfully crafted, seething with emotion. Overall Nocturnal Gates feels short, leaving you wanting more. This is a highly promising emerging band that sets their own bar high, undoubtedly with the capacity to produce intense and intricate longer albums. Nocturnal Gates will blow the minds of technical blackened melodeath fans with a refreshing and skilful take on a challenging genre.

STANDOUT TRACKS: The Abstract Venom, Purgatorium, The Consciousness Of Misery

STICK THIS NEXT TO: Insomnium, Uada, Gates of Ishtar