FLANGIPANIS // Gearing Up To Rock Out With Jet Boys & Shandy 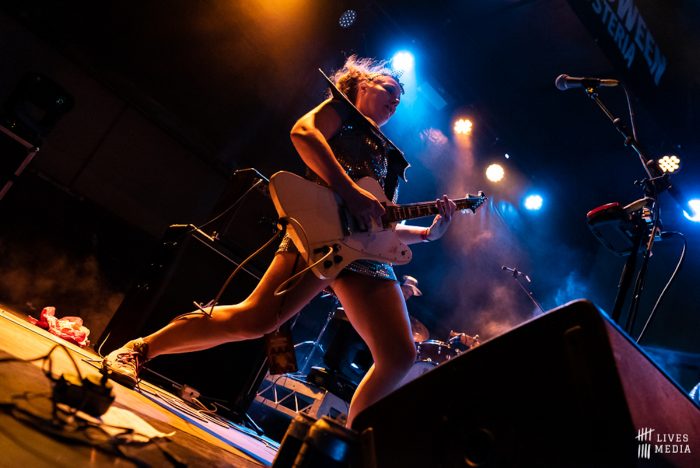 Their no bullshit, high octane take on the punk genre, in turns irreverent and piss-funny, has seen them build a loyal fan base since they first blazed stages back in 2008.

Gearing up for their upcoming support slot for Japanese garage-punk legends Jet Boys, we managed to catch up with the band’s vocalist, the very rant-worthy and quotable Jodie Flangipani, who gives us the inside info on Japanese punk rock, the state of the local punk scene circa 2020 and what’s in store in the world of the Flange …

HM: You’ll shortly be sharing a bill (together with Shandy) with legendary Japanese garage-punk maniacs Jet Boys. Are you looking forward to the gig?

We’re fucking super excited! We’ve played with Jet Boys a few times, most recently at (last years) Halloween Hysteria, and initially about seven years ago when they first came out to Australia. I remember they crashed at our place in the middle of winter after the gig—there was about 20 of us, 3 beds, a couch and about 1 dry blanket. People slept on floors, each other and on garbage bags full of foam off-cuts. I made everyone cheese and tomato toasties because it was all I had, and they were just ridiculously grateful even though we were very under prepared. They taught us some Japanese curse words, and how to say “get your boobies out” in Japanese (phonetically spelt: Op-pie Misse) which we sang the following night—gold! We’ve played with Shandy shit-tonnes, they’re a Brisbane stalwart and have toured internationally more than most Brissie bands, so they’re always tight and fun.

HM: What can we expect from Flangipanis on the night? Will you be going all-out to compete with the Jet Boys sonic blitzkrieg?

Look, we’ll do our best, but no one can really compete with Jet Boys. I couldn’t even think of a band with more electric stage antics, they’re fucking sick!

The safe-space movement is evolving into something wonderful for everyone, unless you’re a fuckhead.
[ Jodie ]

HM: Can you tell us what it was like touring and playing shows in Japan?

Japan was beautiful and everyone was so courteous. We drank a lot—there was so much new stuff to try. We were lucky enough to have a couple of drivers to get us around. The language barrier was pretty funny–one night I was trying to introduce our track My Period is Late and everyone just thought I was telling them I was pregnant and drunk. The venues and promoters really look after you over there. They make sure you are fed and there is a full back line at every venue–including full kits. We did get our clothes off a fair bit, and one stage manager had our clothes folded in neat piles together with our shoes at the end of our set. The Japanese punters ranged from wild and super into it, right through to giggling in the corner because they’d probably never seen anything like us before.

HM: Do you have a theory on why Japanese punk bands such as Jet Boys and Guitar Wolf tend to be so authentic and/or unhinged in their sonic approach? And are there any Japanese bands that you particularly dig?

There is a very dedicated punk rock scene in Japan. The venues we went to had clearly been there for years and managed to survive on shoestring budgets because they fucking love it and wouldn’t have it any other way. I think that ethos is inspiring, and when you have a community of people who throw themselves into it 110% then you end up with bands like Jet Boys and Guitar Wolf. If anyone ever gets the chance to get over there make sure you see some shows–if you can find them!
A couple of our favourite bands were Stup3–they did stunts and magic tricks during their set and we just fell in love with them, plus Green Eyed Monster–like Jet Boys they have a half Japanese/half English approach to lyrics and were super fun and approachable. Hopefully we’ll get to bring them out to Australia, they’ve done a couple of international tours but I think it’s a pretty big cost for them to get out here.

I love that DIY is still very incorporated—it’s so necessary for punk rock music to thrive and remain accessible.
[ Jodie ]

HM: Can you tell us when and how you got into punk rock? And what was the first punk rock show you attended?

I think my very first memory of punk rock was watching Ruby Soho (by Rancid) on TV and loving it! I grew up in North West Queensland, which meant there was a limited scope of genres available, so it wasn’t until I moved to Brisbane as a teenager that I was able to get some exposure to non top-40 stuff. I went to the Big Day Out in 2003 and Frenzal Rhomb was probably my first proper time in the mosh pit. I got absolutely pummelled and fell in love with it. I think being able to save up all that manic energy and letting it out with other people who just need to do the same thing is magical. 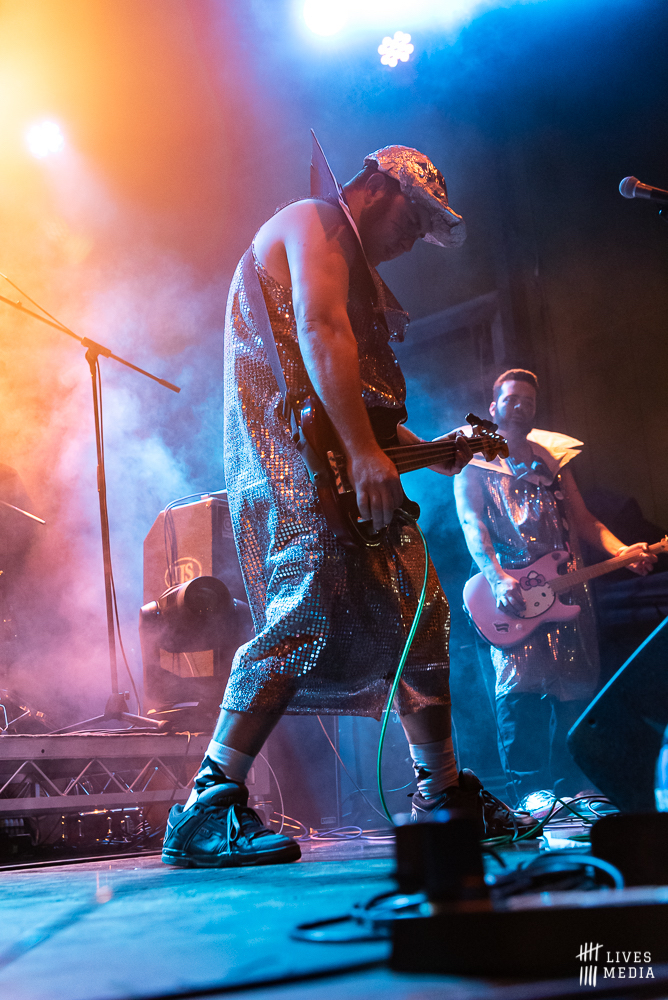 HM: How would you compare the state of punk rock in 2020 to when you first started out on the scene?

I’m not really one to sit back and measure, or make ‘scene’ comments, but I would definitely say that people don’t put up with shit anymore. The safe-space movement is evolving into something wonderful for everyone, unless you’re a fuckhead. Online presence matters and that wasn’t a thing that people had to think about a couple of decades ago—makes it easier for communities to connect and share contacts etc. But it’s also been a cause of stress and some bullying, which sucks. Social media has become how we promote most things and organise tours, and is also pretty synonymous with cancel culture—if someone has acted like a cunt, everyone knows about it and we can avoid supporting bigots, so that’s a good thing. Likewise, if someone needs some help, we know about that too and can try to help out. We just need to be very mindful of what’s true and what’s not, which can become grey. The drinks are more expensive these days, but flights are a lot cheaper so getting around to tour has become easier. I definitely never used to get my ID scanned at every venue, that’s for fucking sure. I love that DIY is still very incorporated—it’s so necessary for punk rock music to thrive and remain accessible.

Fucking heaps of shit! We’ve got a short studio stint booked in for March so we will be touring some new stuff later in the year 😉We’ll be at the Sonic Masala bushfire fundraiser in March, and a couple of other shows that haven’t been announced yet–so Brisbane will be seeing a bit of Flange during the first half of this year. We’ll also be trekking around the country in May with Teenage Bottlerocket and The Eradicator, which will be fucking epic. And we’re hoping to put out a couple of film clips too, so that’s going to be a fun time for sure–it’s looking to be a pretty busy and interesting year.

Flangapanis are playing with Jetboys (Japan) and Shandy on Friday 21st February at The Foundry Brisbane, tickets available here.