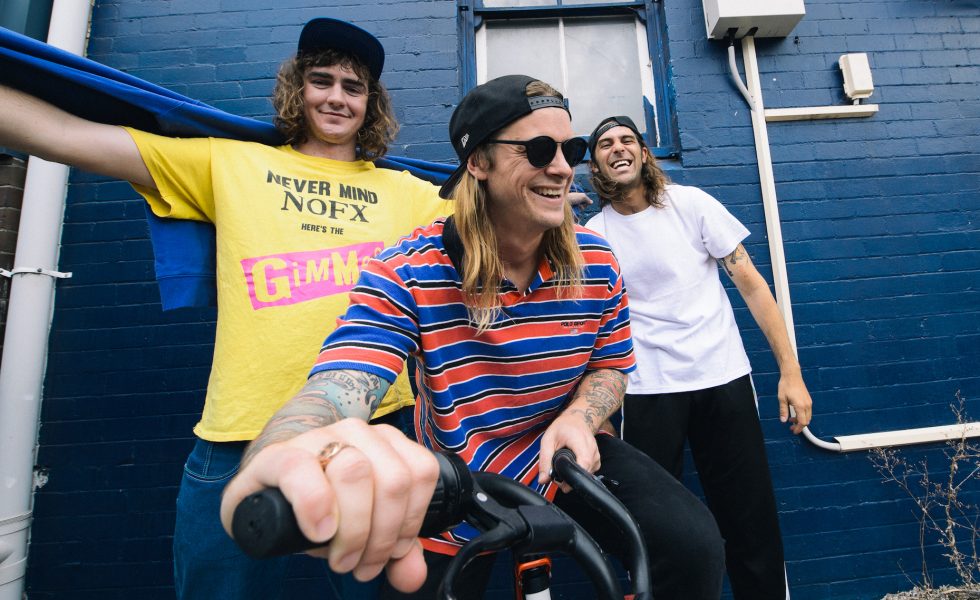 Known for always bringing the party and upping the ante on their shows (they once rode motorbikes onto stage at Splendour and backed that up the following year with a huge Dunies & Friends star-studded monster set), there’s no doubt the band are hatching plans to make this bigger and crazier than ever.

Australian singer-songwriter Ruby Fields joins the special list of supports. Known for her indistinguishable wit and attitude, she brings tracks I Want, Dinosaurs and P Plates to the stage along with Dear Seattle. Recognised as figureheads of Australia’s grunge resurgence with songs such as The Meadows, and Afterthought, Dear Seattle promise a vibrant, high-impact live performance.

Wollongong based trio, TOTTY will be the final band joining the tour. Previously supporting the likes of Skeggs, Hockey Dad and Slowly Slowly, bringing along with them their muddy guitars and sing-along anthems.

Out Jan 31 on Ratbag Records/BMG, the bands third album Hurry Up And Wait is a nod to the stop-start nature of life on the road and gives a hint of the wild ride Dune Rats have experienced following the success of their breakthrough 2017 record The Kids Will Know It’s Bullshit, which landed four singles in Triple J’s Hottest 100 between 2016 and 2017, debuted at #1 on the ARIA charts, was nominated for ‘Best Rock Album’ at the ARIAs and saw the trio performing their explosive live show at sold out headline shows around the world and at home with headline sets at Splendour in the Grass, Falls Festival, Laneway Festival and more.

Working with producer James Tidswell (Violent Soho), engineer Mitch Kenny, producer/songwriter Miro Mackie and mixer Mike Green, Hurry Up And Wait marks a new chapter for the band with their most refined release to date whilst also maintaining their tongue-in-cheek and down-to-earth charm.